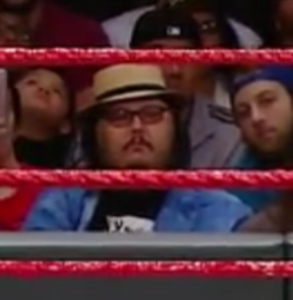 This week we welcome back to the show Michael Kingston, creator of the “Headlocked” wrestling comic series.  Michael reveals information about the Kickstarter campaign for Headlocked:  The Hard Way, and more details about the project, including guest contributors Ric Flair, Mick Foley, Cody Rhodes, and Kenny Omega, and how you can get those exclusive stories by helping out with funding.  We also talk about the state of non-WWE professional wrestling, and what it could possibly take to challenge the kingpin of Sports Entertainment.

In the second half, Drowgoddess lets us know what’s going on over in New Japan.  We take a trip to JT Land.  Noyce reads a speech that Daniel Bryan should make to get fired, and we discuss the current situation with Anthem and the Hardys.  We talk about how WWE can bring back Finn Balor.  Also, fuck that owl.  Tune in!

This week’s break song was “Shinjuku Masterlord” by Emmure.  Buy it here!