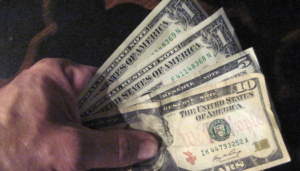 This week on BoredWrestlingFan Radio, we are joined by Rob Killjoy, Lance Lude, and Coach Mikey, who along side Colby Corino form indie trios sensations The Ugly Ducklings!  We find out how they got together as a team, who made their duck masks and their theme music, get their thoughts on being a part of Tag Team Apocalypto, and much more!  Plus, we even find out they have their own video game!

In the news, we talk about the Paige sex tape scandal.  We find out the original plans for Brock Lesnar at WrestleMania, and the plan for him at next year’s grandest stage as well.  We find out why Cyndi Lauper won’t be going into the WWE Hall of Fame this year.  Plus news on Broken Matt Hardy, Jack Swagger, Cody Hall and more!  Tune in!

This week’s break song was “No Lives Matter” by Body Count.  Pre-order it here!