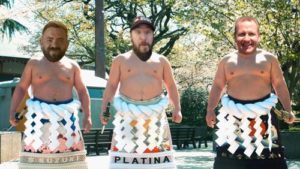 This week on BoredWrestlingFan Radio, we seem to be out to prove that “the least wrestling related wrestling podcast” isn’t just a tagline, as none of the panelists present had watched any wrestling from later than 1996 in the past week.  Joe attended concerts, G watched hockey, Coester watched baseball, and JT JT’d.  We read recaps of the shows and realize we probably didn’t miss much anyway.  Then we talk about DJ Khaled for some reason.

In the news, WWE’s profit margin seems awfully slim.  Brock Lesnar vs. Jon Jones in the octagon is a definite possibility.  Bayley may or may not be injured.  Eric Bischoff (and Joe) question Bret Hart’s credibility.  Ho Ho Lun leaves WWE, Rey Mysterio and Enzo Amore’s futures, Eva Marie future endeavored and more.  Then we go off on a tangent and talk about how television works, and how things have changed over the years, including how we consume television and find out about new music.  All this and more.  Tune in!

This week’s break songs were “I Get Around” and “Surfin’ USA” by Pennywise.  Buy them here and here!