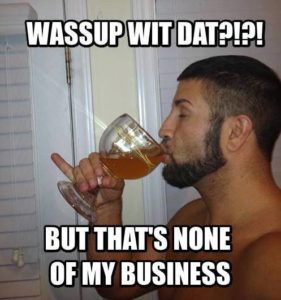 This week on BoredWrestlingFan Radio, Joe talks about the prominence of Bullet Club t-shirts at concerts.  We discuss voice actors who don’t change their voice for their characters.  We discuss the WWE incarnation of the nWo and Nitro parties.  Drow catches us up on the happenings of NJPW.  JT and Mark compete in movie trivia.

In the news, Cris Cyborg says she’d fight Ronda Rousey – in a WWE ring.  Rey Mysterio may be injured.  Beach balls are banned at WrestleMania 34.  Speculation on why Brock Lesnar did not appear on RAW as advertised.  Sunny gets arrested again.  Fox has an offer ready for WWE, Jeff Hardy will donate his brain, G might not make it to work, and more!  Tune in!

This week’s break song was “All Uncovered” by Watchmen.