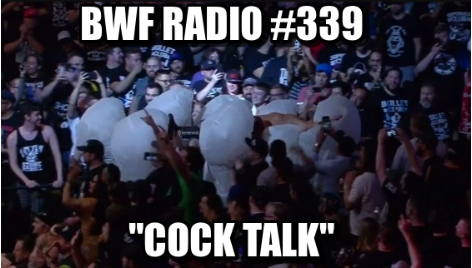 This week on BoredWrestlingFan Radio, JT regails us with tales of last night’s Ozzy Osbourne concert in Syracuse.  We discuss music streaming services and local music, as well as the new album from Eminem.  Then BWF goes ALL IN as we discuss last night’s event, including rebutting some criticisms we’ve seen online about the event.  We talk about the subtle genius of Chris Jericho, as well as his incredible work ethic.  Plus, a quick chat about whether or not a 12 year old belongs in the ring.  All this and more.  Tune in!