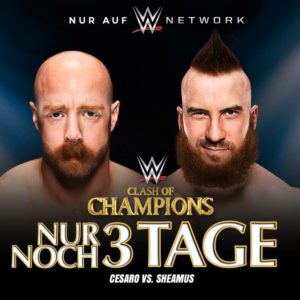 This week on BoredWrestlingFan Radio, Joe joins in the conversation, despite being sick.  We get all the usual stuff out of the way in one quick burst.  We talk about how badly we feel the Cruiserweights were booked on RAW. Drowgoddess talks NJPW.  We give our WWE Clash of Champions predictions for tonight.

In the news, Luke Harper is cleared for a return to in-ring action.  Terry Funk needs to be cleared by a doctor just to leave his house.  Cody and Brandi Rhodes sign with Impact Wrestling, though Cody has to simply go by “Cody.”  WWE wants Matt Hardy back.  Renee Dupree says CM Punk fans in WWE were plants, and Ric Flair gives his thoughts on Punk’s UFC 203 fight.  All this and more on BoredWrestlingFan Radio!

This week’s break song was “Underwhelmed” by Sloan.  Buy it here!