There’s also something else stopping Bryan from being a heel; the fans. You know, you people who are calling him a heel. While there was initially some “NO!” chants during his entrance with the Wyatt’s, as soon as he came in the entire crowd was still behind him. They’ll probably stay that way too. Remember the last time he was a heel? It was absolutely amazing and the smart fans kept cheering him so much they HAD to make him a babyface. Being a heel is the reason he got so over. Being a heel meant he lost in 18 seconds and that made him the most over guy since Cena debuted.

The WWE can NOT make people faces or heels. The fans do and it’s up to the fans who the faces and heels are. The authority get cheers despite being heels, Orton still gets cheers, and Cena gets boos. Daniel Bryan will continue to be cheered, and so will a lot of people who probably don’t deserve it. If you think that what Bryan is being put through is absolute garbage then he needs your support more than ever. Don’t let the E dictate how you think and feel. They delight in breaking you down so much that you just go with their stuff. Support Bryan now more than ever. He’s one of the only good things about the show and it’s up to us to decide that and no one else. 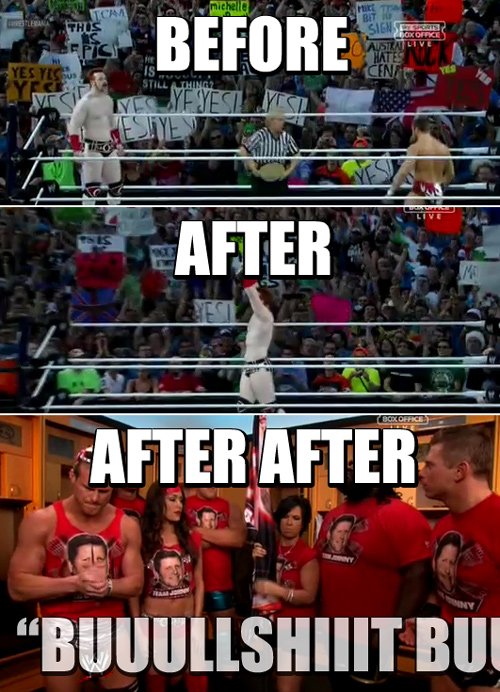 Hey remember that time D-Bry was a heel and was chanted for throughout the entire show?