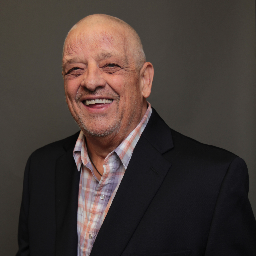 “I’ve wined and dined with Kings and Queens, and slept in an alley eatin’ pork an’ beans.”

Virgil Runnels wasn’t exactly what you would call the prototypical professional wrestler of his era, but you don’t become a three-time NWA World Heavyweight Champion based on looks alone.  While a solid worker in the ring, nobody could deliver a promo like Dusty Rhodes.

In front of the camera, Dusty was The American Dream.  He looked like the average American, he stood up for the working man, and he got in the ring every night and beat up the jerks who thought they were better than us, what with their chiseled physiques and star-driven wealth.

But behind the scenes, Dusty Rhodes was one of the most brilliant minds there ever was in professional wrestling.  Starrcade?  Dusty.  War Games?  Dusty.  Great American Bash?  Dusty.  You know that thing where the good guy seems to win the title and vanquish the evil bad guy, only to have the decision reversed and the bad guy walk out still champion?  To this day, we call that a “Dusty finish,” because it was something Dusty came up with.

Even when he came to WWF in the early ’90s and was stuck in polka dots in an attempt to bury him, Dusty’s personality shined through and he won the hearts of the WWF fans who may not have been familiar with his work in the NWA.

Dusty Rhodes’ legacy will live on, as his sons Dustin and Cody continue to ply their trade in WWE as Goldust and Stardust, respectively.

Wrestling has lost a brilliant mind and one of it’s most iconic figures today, and we’re truly sad to see him go.  We here at BoredWrestlingFan send our deepest condolenses to Dusty’s family, friends, and our fellow fans.  Thank you, Dusty.