[youtube]http://www.youtube.com/watch?v=I92E-Cpwgh0&feature=player_detailpage[/youtube]After the recap, we jump right into Bully Ray shilling his new twitter account, @Realbully5150. He calls out Joseph Park and accepts his challenge for next week’s impact. All this will be a Anything Goes match except that Ray has a restraining order against Abyss who if he even shows up will be sent to rot in prison. Park is dumbfounded until he’s cheap shoted.

A Double and “H Double” discuss Aries giving up the belt at the end of the night. Which leads us right into a Destination X promo, which is embedded above.

Devon vs Crimson for the Television Title gets under way. I had almost forgot with the BFG series under way Devon had been missing for a little bit. I thought maybe we might see a title change to Crimson now that his undefeated streak was over but a short five minute bout ends in a spine-buster and the win for Devon. Then it devolves into slapstick as Madison Rayne comes out to face Devon but brushes past him and goes right for Earl Hebner to slip him some tongue in the corner. 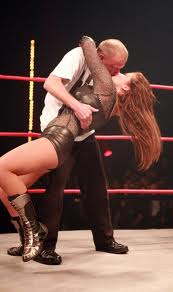 Chris Sabin is in the ring after on crutches talking about his wrestling career and how family and the doctors are telling him to hang it up. Just as he gets ready to let the flood gates loose Bobby Roode’s music hits and the world champ comes down. After dissing the efforts of Sabin and Sorenson he kicks the crutch out from under Sabin prompting Aries to come out for the save. Good segment Roode in Classic Heel mode.

Now on to the X division Qualifier match, Dakota Darsow back for the second time (he was a participant during last years match ups for Destination X) takes on Flip Casanova. sub-par match up which shows that Darsow who bled by matches end is still not ready no matter who his daddy is. Flip still needs some polishing possibly in OVW but not as fluid as Sonjay Dutt. Not really exciting. 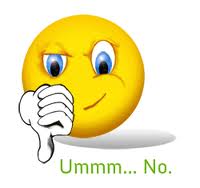 Then we move on to the Knockouts who due to Gail Kim’s lawyer is able to hold off facing Tessmacher one on one till next week but instead gets a tag match against Tessmacher and Tara with her cohort in crime Madison “Heart Hebner” Rayne. Decent match with Madison eating the (Double Finish) and getting pinned by the champion.

AJ Styles comes down to bash the charges against him rebuffing Claire lynch’s baby’s paternity. Daniels and Kaz come out to stir the pot. Styles says that this whole mess dates back to last years Destination X when AJ beat Daniels and  Chris being a sore loser. (Good reference to history)

Hogan is backstage with the Hervey being interviewed when a messenger dressed as a biker delivers a message. Claiming they’re not cowards. Hogan open the manila folder to reveal a piece of paper with the Dead Man’s Hand with the message “see you next week”.

We have our next qualifying match this time we have ROH’s own Kenny King!#$ to take on Lars Only? This match was better because King was in it. He owned the crowd and put on a show. Lars attempted some things before botching a stunner leg sweep combination?? But King comes back and hits “Easy Money’ for the win. This was good match and I only hope that he comes into TNA because he is more than ready to be the next X division title holder. 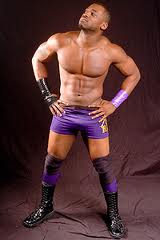 Good for the Soul

Austin Aries has a run in/reunion with Kenny King were the Greatest Man alive congratulates him. Right before Hervey asks whether Aries will be truly giving up the title later tonight which Aries sarcastically says “yes.”

Jeff Hardy (7) vs James Storm (35) obviously Hardy needs the win more than Storm and backstage agrees by letting him pick up the victory when he ducks a last call and hits the twist of fate. Hardy is now tied with Magnus in third place.

The rest of the program was filled with the Destination X PPV card which includes the Qualifying match, Ultimate X , Samoa Joe vs Angle BFG series, AJ vs Daniels Last Man Standing match and the World Title match Roode vs Aries.  Also they talk up next weeks match-ups that include: Angle vs Anderson, Gail vs Tessmacher and Bully Ray vs Joseph Park in an Anything Goes Match.

Bound For Glory 2012 will be held in Phoenix, Arizona, October 14th.

Hogan comes out and calls out Aries but instead gets Roode. Roode gets in Hogan’s grill talking trash until Aries steps down. Aries has an option C for that moment which would include fighting Roode right there and now. Roode backs down but attempts a cheap shot but misses only to be hit with the X division title. Aries holds up both belts before handing over the X division belt to Hogan to close out the show.