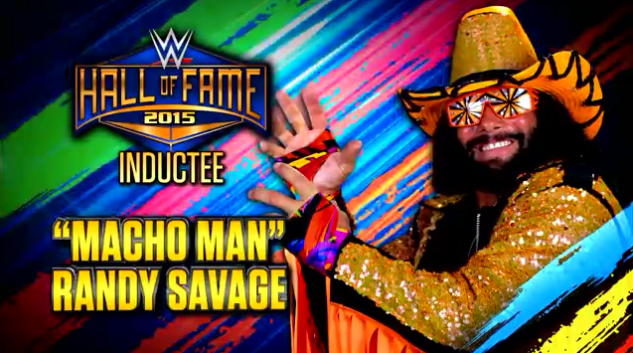 Every once in a great while, a guy comes along who is the very definition of professional wrestling.  He’s colorul, boisterous, maybe even a little flamboyant – but he can kick your ass just the same.  At the time that I started watching professional wrestling, that guy was “Macho Man” Randy Savage.

I don’t care who you are.  I don’t care if you’re a pro wrestling fan.  If you grew up when I grew up, if someone mentions Randy Savage, you stop what you’re doing and try your best to imitate his iconic voice.  “Oooh yeah!  Snap into a Slim Jim!”  Nobody ever gets it quite right, Jay Lethal notwithstanding.

Yet for some reason, the Hall of Fame has eluded this former two time WWE Champion.  Rumors abound as to why, but one thing we do know is that after Randy’s untimely passing in 2011, his family was against it, particularly his brother Lanny.  He claimed that Randy would have wanted the entire family – brother “Leaping” Lanny and father Angelo Poffo – to be inducted.  Truth be told, I believe that.  A caveat for Randy going to WCW was a Hall of Fame induction from that organization for Angelo.  Over the last few years, Lanny has let up on his position, allowing WWE to do the induction without the rest of the family.

Last night, the WWE finally made the announcement – Randy Savage is going to be the first inductee into the 2015 class of the WWE Hall of Fame.  An honor well deserved.  I just wish the Macho Man could be alive to accept it for himself.  Oooh Yeah!