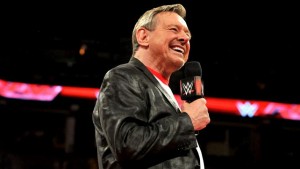 It’s a very tough thing to be a wrestling fan who has been watching since the 1980s.  Year after year, these men who were like superheroes to me when I was growing up pass away way too young.  Just over a month ago, I had the unfortunate task of sitting at this very computer and writing a tribute to Dusty Rhodes as he passed at age 69.  Yesterday, we lost another legendary figure, one who transcended from our pro wrestling bubble into the world of pop culture, the one and only “Rowdy” Roddy Piper.

It can be argued that Roderick Toombs was the catalyst for the mainstream success that the World Wrestling Federation enjoyed in the 1980s.  After all, Hulk Hogan’s rise to superstardom didn’t happen just by tearing t-shirts and saying “brother.”  No, the mighty hero Hulk Hogan needed a villain, and that villain came in the form of “Rowdy” Roddy Piper.  Piper’s crusade against MTV and rock and roll during 1984 and 1985 was the antithesis of the Rock and Wrestling movement that the WWF was building upon to launch itself into mainstream pop culture.  The main event at MTV’s “The War To Settle The Score” was Piper vs. Hogan, and led to the birth of professional wrestling’s biggest event, WrestleMania, which was also headlined by Piper, who teamed with “Mr. Wonderful” Paul Orndorff to take on Hogan and “A-Team” star Mr. T.

Piper retired from professional wrestling in 1987 following a victory at WrestleMania III against “Adorable” Adrian Adonis and went on to try his hand at acting, and in 1988, “Hell Comes To Frogtown” and “They Live” were released.  “They Live” produced perhaps one of Piper’s most famous quotes, “I have come here to chew bubblegum and kick ass – and I’m all out of bubblegum.”

Piper returned to the world of professional wrestling in 1989, and has been entertaining fans ever since.  Highlights include winning the WWF Intercontinental Championship in 1992, battling the nWo in 1996, winning the WCW United States Championship and becoming WCW commissioner in 1998, and feuding with Hulk Hogan and Zach Gowen in 2003.

In 2014, Piper was one of 8 WWE legends who were part of the inaugural season of WWE Legend’s House on the WWE Network.  He continued to make sporadic appearances for the company up until late last year when he hosted a special edition of “Piper’s Pit” with guests Rusev and Lana.

We here at BoredWrestlingFan will always be huge fans of Roddy Piper, and we are very saddened by his passing yesterday afternoon.  We would like to extend our condolenses to his family, friends, and all of our fellow Roddy Piper fans.  We’ll miss you, Hot Rod.