I love making references no one gets. I also hope this is better than last week. (Spoiler alert; it was!)

The show starts with MVP crutching his way to the ring. MVP says he’s been reprimanded by the board of directors. He was told to give a fair main event and he did, but it wasn’t fair to him. He won’t let the board tell him how to run his show, and they’re doing things his way tonight. He brings out EY, who is defending tonight. They say some shit, and EY says he doesn’t have patience. He threatens to kick the cripples ass, and Kenny King makes a match between himself and EY for the title. EY brings out Earl Hebner and the match is apparently on. Someone needs to take Kenny King’s match making powers away.

Eric Young vs Kenny King (World Heavyweight Championship match)
Before I forget, this is how TNA should start the show. A short talking segment that heats up the crowd followed up by a match. King and EY have a fast paced match. EY gets sent outside and Lashley and MVP tease assaulting him before Joe, The Wolves, and Austin Aries come down to protect him. The match continues as King goes for a fancy move and Young reverses it. Kenny King is defeated by Eric Young’s small package. COCK TALK!

They cut to break after the match, and when they came back MVP slaps the timekeeper. He made him apologise for ringing the bell, saying King kicked out. That would be the refs fault you idiot. EY and the gang come down to save the crazy old man. They brawl for a few minutes. MVP grabs a mic and compares himself to God. He says he’s really going to start abusing his power. EY has a second match, this time against Lashley. He’s also going to have everyone ejected from the arena. Not the fans though, like he implied. He also put the Wolves in a championship match against Joe and Aries, and another team. He doesn’t announce who they are, and instead calls out Hebner.

He threatens to beat Hebner up, but says he won’t. Hebner refused to count 3 on EY, and MVP fires Hebner and makes him take his shirt off. Mini-Hebner comes out to help his dad, but to no avail. Earl is stripped metaphorically and physically, and gets on the microphone. He says MVP is ruining the business, and he loves the fans. MVP tells him the fans can collect money for him, and kicks him out. Best first half hour of TNA in a while. 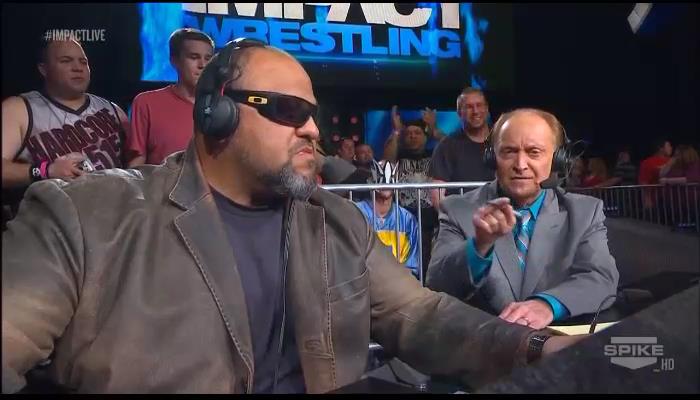 Bully Ray let himself go after his loss.

Dixie and EC3 are backstage. Dixie is asked for any comments, and she says that he’s just confirmed everything she said about him. EY calls himself the Hardcore American Icon again. I like that. The cameraman asks if Tommy Dreamer is invited, and Dixie says we’ll see. EC3 offers to go to the ring with her, but Dixie says she’s brought him a prostitute instead. I’m not kidding.

The Wolves vs Samoa Joe and Austin Aries vs Willow and Abyss (World Tag Championships)
Before the match Hebner is shown being escorted out the building, and EY says he’s gone too far and tells someone on the phone he needs him tonight. The camera pans over and shows that EY was talking to Kurt Angle. EY should have put the phone down properly. So Abyss is Matt Hardy? I thought he’d lost weight, not put more on. Willow and Aries start things off and Aries tags in Joe to pulverize Willow. Joe and Aries put on simultaneous submissions and the Wolves come in for the save. That ends with both the Wolves and Joeris outside the ring. Tommy Dreamer is shown walking into the arena before they cut to break.

Coming back Abyss is killing one of the Wolves. There’s only two of those left, and they’re both male. Where’s PETA when you need them? The Wolves do some beautiful tag work on Aries, and the match continues until the inevitable insanity of every tag match and three way match. That ends with a powerbomb/backbreaker combo by the Wolves that earns them the win. 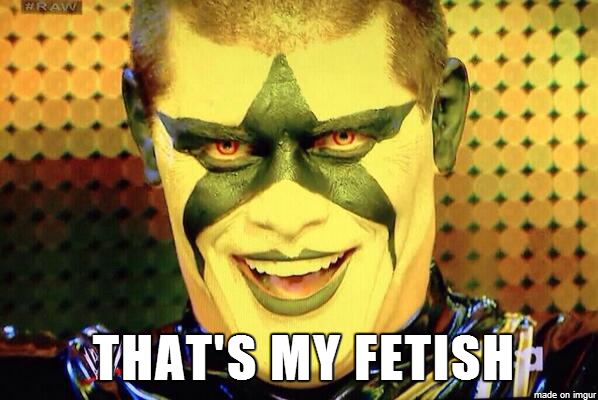 The Crew are backstage. MVP is shitting himself at the possibility of Kurt Angle. King says he’ll handle it, and MVP calls him a failure. MVP implies they’ll Tonya Harding Kurt Angle to end the segment.

Tazz and Tenay recount what’s happened between Dreamer and Dixie. Dixie promised him TNA talent and then pulled the plug. Samoa Joe and Austin Aries are shown being removed from the building in preparation for the main event. The Wolves walk up to MVP, who says he has a gift. They have a second match too, against Bram and Magnus. Is the roster THAT thin? MVP tells security to kick out the Wolves after that match.

Dixie Carter (with Five Star Spud) vs Tommy Dreamer
Dixie recounts EC3’s match and says that Bully is in no condition to even show up tonight. She says she’ll never go through a table, so she’s going through a table. When you’re as amazing as Dixie Carter, people try and latch on and use your name, and tell her how to run her company. She doesn’t care what they think. She tells MVP to keep doing what he’s doing because he’s digging his own grave. Tommy Dreamer has been saying mean things and digging his own grave too. She asks Spud for his name, and Spud reminds her that she hired him two years ago and says he never really won anything for her. Dixie wants to talk to him a little more before he can talk. Dixie actually does a really good job working with the crowd. It’s better for them to talk like this, instead of on Twitter or Dreamer insulting her on his show. She wants him to apologise, and allows him to speak. Dreamer thanks her for letting him on the show, and Dixie honestly made me laugh. The crowd chants “E.C.Dub!” and she says they never went to school, and don’t have the right letters. 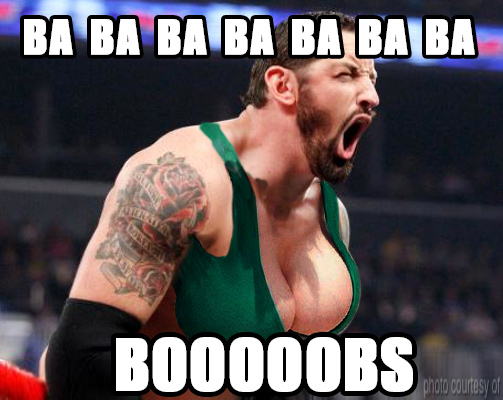 This also happens when you change one letter.

Dreamer says they had a business disagreement, and that Twitter has changed the industry. They met through Twitter apparently. They put together Hardcore Justice and Dixie did it for the fans. What happened to the woman who was nice to the fans? Dreamer says that sometimes he feels embarrassed to be a professional wrestler because of the crap he sees on TV. Everyone wants to be supportive of TNA, but she messes everything up. She’s not a wrestler, and it’s her job to give the best product she can. Dreamer claims that wrestling cures cancer and says that there’s still good in Dixie. He knew that when he saw Dixie mark out for the Von Erichs at Slammiversary. He tells her to remember what the fans want to watch, and do the right thing. That was incredibly passionate. Other than the “Wrestling cures cancer” thing. Dixie cries and hugs Dreamer and, of course, knees him in the E.C.Dubs. Ethan and Spud beat him up while Dixie tells them to kick him out. She hugs Spud and walks out.

Kurt Angle walks into the arena and Lashley and King block his path. He says he doesn’t want to fight, just talk to MVP. King agrees to get MVP while Lashley watches him. They cut to break and come back with MVP with Angle and security. MVP says he has some business to take care of, and leaves MVP with security. Angle tells King that Lashley’s pipe is bigger than his.

Are we sure we want Tough Enough back?

The American Wolves vs The British Gladiators
The Wolves put up a fight but they’re weak and pathetic in comparison the the British Master Race. Richards comes in from the hot tag and makes Bram DDT Magnus with a series of kicks. I love it when that happens. Bram throws a chair to Magnus, who throws it at Richards, who wins by DQ as Magnus and Bram tenderize the Wolves. Edwards get his head put in a chair but Willow and Abyss “run” down before he loses his neck.

MVP meets up with Mini-Hebner backstage. He’s crying like a little bitch. MVP tells Bryan he wants him to ref the main event, but Bryan isn’t too thrilled. MVP basically strong arms into doing it, telling him to count the 3 on EY if he wants to keep feeding his kids.

Taryn Terrell is shown backstage. The Brits are also backstage and are accused of walking away from a fight. Magnus says that they were told to beat up the Wolves, and were paid handsomely for it, and then they’re beaten up by Abyss and Willow.

Gail Kimg is in the ring, and introduces Taryn. Kim says that she didn’t like Taryn much when she came in, but she opened her eyes with their matches. Taryn beat her, and earned her respect. That’s why Gail wanted to be the one to welcome her back. They hug and Taryn gets the mic. She thanks Gail, and says she took the time off to have her baby. Taryn says that they’re tied 1-1 and wants to have a tie breaker match. The “Beautiful” “People” come out before Gail can accept. In a way, it’s nice to see both the best, and worst, of the KO division in the same ring. Mangelina trashes Gail and says her opinion means nothing. Love says she’ll introduce herself to Taryn, and kicks her down. The BP go to double team Gail and Taryn recovers and they fight them off together. Congratulations to whoever designed Taryn’s dress as it stayed on. 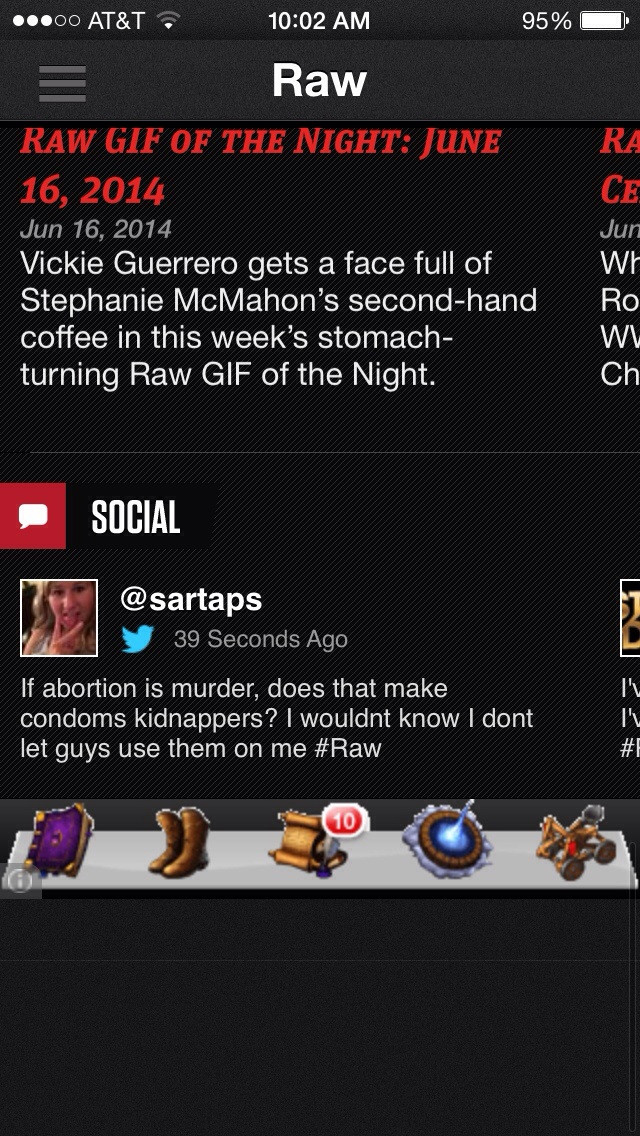 MVP is back with Angle and asks him what he wants. Angle says he wants MVP to look inside himself. MVP says no one has stopped him, and Angle won’t with mind games. MVP tells him he can either celebrate with him, or leave. King gets in Angle’s face and Angle punches him to the ground. He gets in Lashley’s face, and walks out.

Eric Young vs Bobby Lashley (world heavyweight championship)
EY puts up more of a fight than I expected. At least at first. Lashley beats the crap out of him and takes, and retains, control. Then it’s basically a showing of Lashley’s power. He even holds Young up with one arm. Young hits a piledriver but King pulls Hebner out before the three count. King grabs Young for Lashley to hit, but Young avoids it and King gets killed by Lashley. Eric misses with a diving elbow and gets Speared and loses. Lashley is the new World Heavyweight Champion. Post match King sticks Young’s arm in a chair and tries to break it, and Bobby Roode of all people runs in through the crowd and clears the ring for the save. Lashley tries to fight Roode but gets held back by MVP.

God damn that was an excellent show. Why can’t both WWE and TNA have good shows at the same time?