There wasn’t a review last week because Impact was posted very late. Not this week. How…lucky. Yesterday a tornado hit my town and tore the roof off of a house down the street. I didn’t even notice it and vaguely recall hearing a loud bang.

The show starts with a Bobby Roode in ring promo. He says he won’t give up on his dream of being the champ again. He says that he’s going to stay until Lashley answers his challenge, rather than hearing MVP answering him. MVP and King come out without Lashley. MVP says they’re supposed to speak English in Canadia, and that he’s been demanding things he hasn’t earned. He lost to Lashley and the answer will always be no. Roode stops them from leaving and asks how their drive was. He implies they’re Lashley’s slaves and says he knows what it’s like to be at the top. That’s why he’s passionate. But King and MVP are content just being lackeys and know they don’t have what it takes to be champion. MVP says he’s not stirring anything up and King says if Roode really will do whatever it takes, then MVP will get him a title shot if he beats him and King in a handicap match. If Roode loses the match he’ll never get to have a total shot again in his career. Roode agrees and walks out.

Angelina Love vs Taryn Terrell vs Madison Rayne in a number one contender match
At Bound for Failure Velvet has the title match, this match determines who faces the winner of that match. Got it? Good. The match started quickly with Love getting rid of Taryn before Rayne even got in the ring. Typical one in, one out triple threat stuff. Don’t fix it if it ain’t broken I guess. Rayne and Taryn attempt quick covers on eachother and Velvet gets involved and gets rid of Rayne. The crowd are absolutely dead and make almost no noise for a match that feels like it drags on forever. Taryn hits a Stone Cold Stunner on Love but is rolled up for the win by Rayne. Taryn acts pissed off but no one cares. Havok comes out to the ring and wastes Taryn as Rayne makes a run for it. 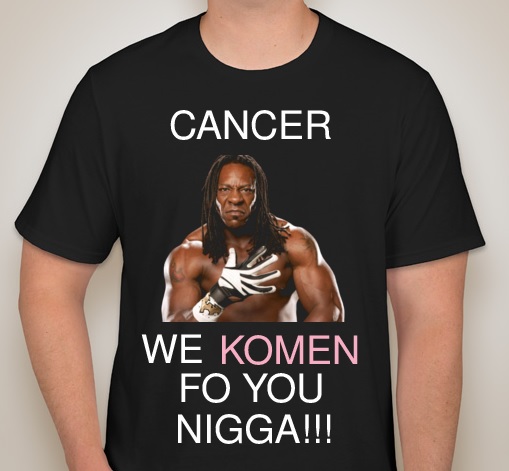 They need to make this shirt.

MVP is backstage with Lashley and King and says they’ll kill Lashley so he doesn’t have to. Lashley spoke for the first time in this segment, saying “Thank you?” after King says he should thank them for killing Lashley. There’s also a Sanada/Storm package to set up the next match.

James Storm and Great Sanada vs Low Ki and Tigre Uno
The crowd comes alive at last for this match with a “Low Ki” chant. They like Low Ki at least. Sanada and Tigre put on a fast paced match and Manik does a run in when the ref is distracted, snapping Uno’s neck. Storm comes in and finishes him off. Sanada and Storm double team him for about 20 hours. Low Ki gets the tag and kicks the crap out of Storm. Manik distracts Low Ki, who eats a Backbreaker from Storm, but only for a two count. Sanada makes the save for Storm and Low Ki takes out Manik. Sanada mists Uno and Storm hits the Last Call for the win.

I crapped my pants when a Willow video aired but thankfully it was part of a ShopTNA segment. They’re still selling his merch and it’s on offer for October. 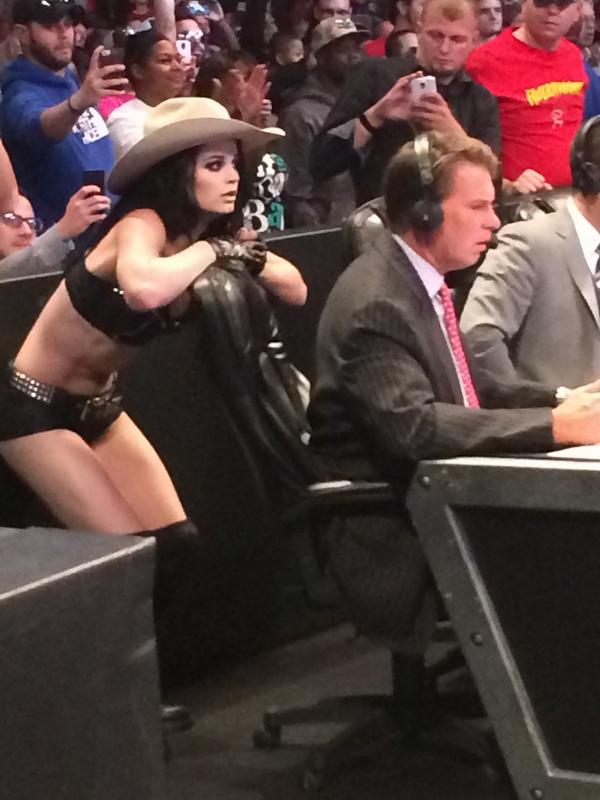 Sam Shaw comes out to the ring shirtless and with weapons. There was supposededly a segment with Gunner and Shaw too but I didn’t see it. Apparently Shaw has tattoos to be even more like Gunner now. Hell if I know.

Sam Shaw vs Bram in a No DQ match
Weapons to the face, weapons to the body, weapons to the everything. Both guys are insane which can make for a fun hardcore match. This is a heel vs heel match so the crowd doesn’t care. The fans chant for tables but Sam gets a chair instead. The fans come alive for that at least. Sam loads the ring with chairs and Bram takes him out with a cane. Bram tries to Superplex Shaw into the chairs but Shaw reverses it into a Powerbomb. Shaw goes for the choke and Bram counters with elbows and throws Shaw into a chair set up in the corner. He Wailords Shaw with a cane and picks up the win. Post match Brittany comes down to the ring and cradles his head and strokes his hair and beard.

Roode is backstage and says he knows what he can do, and what he wants. He hasn’t slept since he lost to Lashley and the title means more than anything. MVP offered to open the door and Roode is going to kick it in.

What did Cena just offer to do for Stevie Richards?

Team 3D are also backstage. Bully calls them crazy for making it Full Metal Alchemayhem and the Wolves run in. They quote Flair, saying to be the man you have to beat the man, and to be the team you have to beat the team. They’re crazy, sure, but there’s a method to the madness. After they win at FMM they’ll have beaten Team 3-Hard at their own specialty. Then they walk out like CM Punk.

Bobby Roode vs Kenny King and MVP
MVP offers Roode one last chance to walk out on the match, but Roode doesn’t take it. He gets double teamed right from the get go. This isn’t a tag style match. It’s straight up Roode vs two men at the same time. Roode finally fights back but can’t take one guy out long enough to pin the other. Roode continues his steady decline towards death. He ducks a punch from King, who hits MVP by mistake, and sends King out of the ring. Roode dodges the Drive By and pins MVP. It’s elimination style too. So now it’s King vs Roode 1 on 1. Roode fires up and lays waste to King but only gets 2. Roode hits the Roode Bomb but Lashley runs out to prevent the pin and cause a DQ. Roode technically wins but it’s a hollow victory after Lashley hollows him out with a Spear. 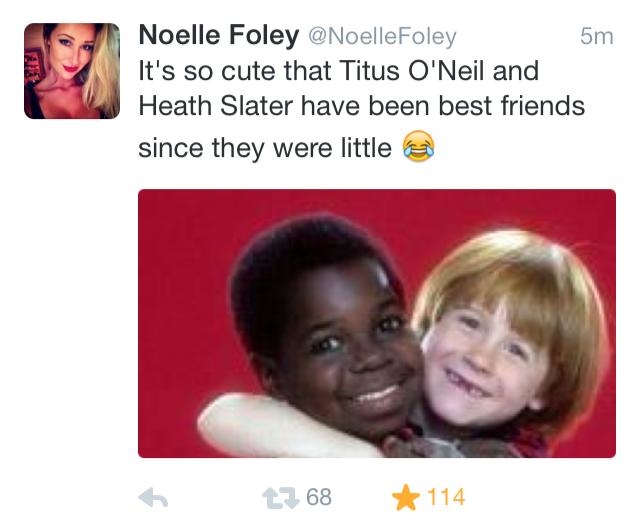 EC3 is backstage and says he’s willing to give Spud another chance. He implies he’ll be fired if he doesn’t. Then EC3 is in the ring and tells us he’s been undefeated for a year now. I think he’s right. He’s not been pinned or submitted in singles competition for a year. He’s vanquished all those who failed him, but he’ll give Spud another chance, and calls out Spud. Potatoman comes out in the most normal suit he’s ever worn. Spud apologises and says he’s EC3’s best friend. EC3 tells him to prove it, and Spud says he knows everything about him. His favourite colour is green because he likes money and he wants the thermostat at 71 degrees. It also bothers EC3 when the fans chant “You can’t wrestle” which inevitably starts that chant, and Spud mimics how Ethan would respond. Ethan says he still can’t let Dixie being crippled go. He can’t tolerate the presence of a failure and tells Spud he’s a loser. Spud disagrees and says he’s not a loser. He’s Rockstar Spud. Ethan calls him a failure again and shoves him down and slaps him while calling him a loser. Spud slaps back and Ethan fires him. That was it. Ethan’s music played for about three seconds and they jumped to a video package on the main event.

Before that main event though we have a backstage segment. The Crew are backstage and MVP says everything is good now. Angle runs in and chastises MVP for making a match. Angle says it won’t happen again and says Roode will wrestle to be the number one contender next week and tells MVP not to go anywhere near that match. They leave to go drinking. The crew that is. Not Angle. He’s learned his lesson. 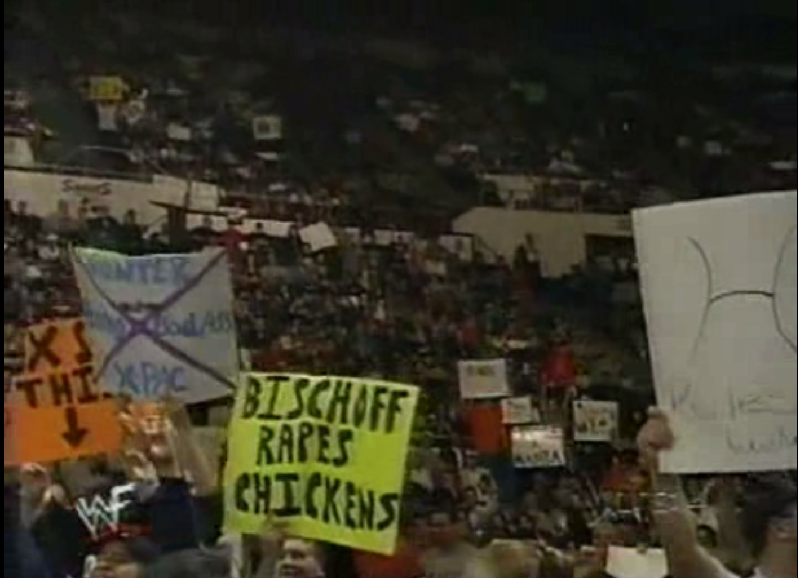 You heard it here first.

The Hardys vs The Wolves vs The Team 3D in Full Metal Mayhem
The commentators say that Richards is injured and say he’s not at 100%. Apparently Devon is also injured. All three teams just pair up and kick the crap out of eachother. Anyone who goes for the titles is quickly stopped by someone else. Matt gets German Suplexed into two steel chairs by the Wooves (that’s how he pronounces Wolves), and they take out Jeff too with a little help from Bully. Someone gets up, someone else goes down. It’s a fast paced action packed match in which everyone ended up crippled. Bully goes for the Electric Chair on Matt, who grabs Eddie off the top rope and turns it into a Suplex. God damn this is awesome. Devon grabs a guard rail and sets it up between the ring and the steel steps, and tries to Suplex Richards onto them. Richards fights it off and goes to dive in Devon from the top ropes, but Bully grabs him for a Powerbomb, eventually missing a sit out splash. Richards gets Powerbombed onto the guard rail by Bully.

You want to know what happened in this match? Watch it. It’s too much to take down. We’re not even halfway through the match at this point according to the amount of time left in the show. It was amazing. Go watch it now if you haven’t. Davey pushes the ladder down to stop Jeff, and Jeff’s lifeless corpse puts Bully through two tables he’s set up on. That was also worth mentioning. Davey and Matt go for the top of the ladder and Edwards comes up to help and powerbombs Matt through a table, leaving Richards to grab the titles and pick up the win. Excellent, excellent match. 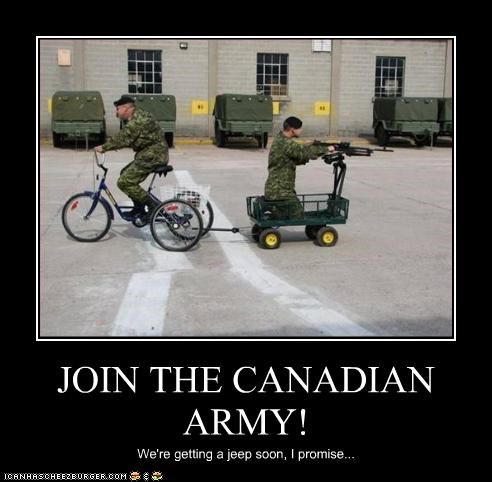 Having said all that, the show itself was good at best. The main event was amazing but that was the only thing really worth watching and a dead crowd really does make a show drag on. 4/10.