Kurt Angle comes out to start the show. He pulls out the script and announces all the matches for tonight. I think he did this last week too. He also calls out Willow for a chat. He Blandy Boreton’s his way to the ring and Angle tries to psychoanalyse him. Willow was born out of Dixie’s hate, and without that hate he can be Jeff Hardy again. Angle wants Willow to go away for just one night and Willow shakes his hand. Well getting rid of Willow was easy.

Austin Aries is asked for his thoughts on the match tonight and just puts himself over. He says he’ll cash in the championship. Again. Or at least teases it.

The Wolves (c) vs Bramgus (Bram and Magnus) For The Tag Team Championship
They mix high speed and high power as they basically beat the crap out of eachother at double speed. There’s a cool spot where Magnus traps Wolf #1 in the apron so he can’t escape and punches him in the back. He also runs around the ring and drops Edwards so he can’t get a tag. I used to do that all the time in the video games. Edwards got the hot tag and cleaned house. The Wolves hit a double team pin for the win, and get destroyed post match. At least they’re still the champs I guess. 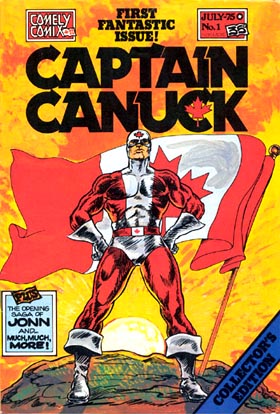 Bobby Roode is backstage and says he still wants to fight MVP. He says he’s going to call him out. Listen Bobby, MVP is INJURED. He CAN’T fight. I know it’s a technicality but it bothers me. Anyways, Roode goes out to the ring to fulfill his verbal agreement. He asks the fans if they’ve ever wanted something so badly they’d do anything to get it, and that’s how he was with the title. MVP suspended him though, and sees him as a threat. Roode says he doesn’t care about a “doctor’s note” and gives him to the count of ten to come out so he can beat him up. MVP comes out at 5, in a wheelchair. MVP says he didn’t take anything, and in fact extended his career. MVP says that Roode further crippled him which is why he’s in the chair now. MVP says he “literally won’t stand for it” and I popped. Roode threatens to kick his ass anyway and makes his way towards MVP. King jumps him but gets fought off and Roode grabs MVP and tips him out of the chair. King gets him from behind with a chair and they start an assault that ends quickly with the appearance of Eric Young. Young goes for MVP and gets Spear’d by Bobby Lashley.

Sanada and Storm are backstage, again. Storm tries to psych him out again, saying he’d disgrace Japan and Muta by losing his title. Storm says he likes him and wishes him luck, telling him to not choke.

Sanada (c) vs Austin Aries for the X-Division Championship
Two excellent X-Division wrestlers give us a great X-Division match. As always though TNA had to fuck something up. They plug the One Night Only Japan thing, and on the graphic it’s Sanada and Aries, with Aries holding the title. If they’ve spoiled this match for me I will not be happy. Sanada drop kicks Aries out of the air when he goes for a cross body. You don’t see that enough. Aries lifts Sanada for a Powerbomb but just drops him onto the turnbuckle instead. They both go for big moves but get countered. Sanada slaps and cracks under the pressure. Aries hits a Brainbuster but Sanada kicks out. Aries goes back up and hits a 450 splash for the win. Damn. Just. Damn. Aries winning the title just before Destination X and cashing it in just cheapens the hell out of that title. Sanada was a proud champion who made that belt. Aries gives no fucks. 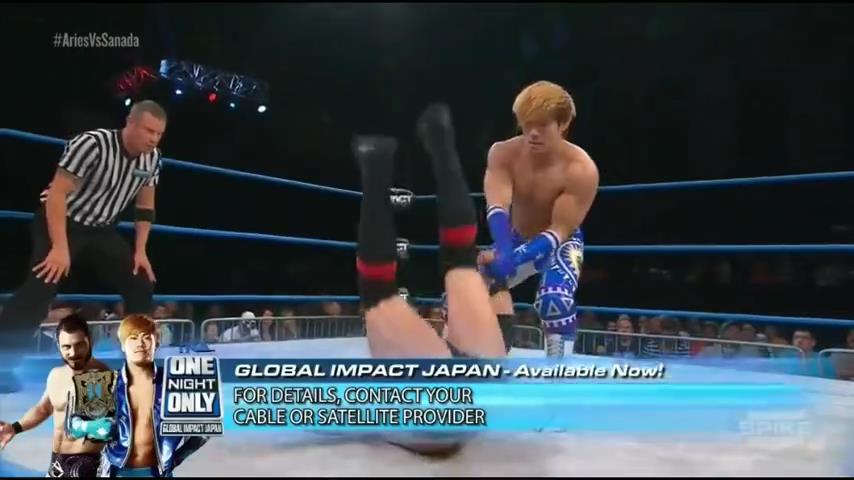 Why do you do this to me TNA?

Bully Ray is asked how he feels about Rhyno. Bully says he’s going to talk to Rhyno in the ring right now. But before then Ethan Carter is backstage too, and says Rhyno has a lot to say himself.

Bully Ray comes out to the ring. He said that Bam Bam Bigelow gave him some great advice, and said by the time he was done he wouldn’t even need all the fingers on one hand to count the number of his true friends. Rhyno was supposed to be one of those friends, but he isn’t. Bully calls out Rhyno, and Rhyno comes out with his manchums Ethan Carter III and Rockstar Spud. Whenever Spud is shirtless and still wearing his bow tie he looks like a male stripper. I bet Kenny King dresses him. Bully asks Rhyno, simply, why? Rhino (as he spells it properly now) calls Bully a con man. Devon isn’t still with him because he conned Devon. He called Paul Heyman and Dixie Carter. Bully says that it’s a cop out and that Rhino is jealous of him. Rhino says Bully doesn’t deserve to be in the hall of fame, and the fans don’t know anything and shouldn’t decide he does. Bully says Rhino is the only one to blame for his problems. It’s his own fault he was fired from WWE (yes Bully actually said that) and from TNA too. Rhino used to be hardcore but he’s just a bitch now. Ethan says Rhino needs money, and that Bully deprived him of it by stealing the spotlight. Rhino is on Ethan’s payroll and will keep getting paid to take Bully out. Bully says he’ll take Ethan out and gets Gore’d by Rhino and the three on one begins. Tommy Dreamer runs out with a Singapore Cane for the save.

The Beautiful People complain they can’t sleep their way to the top. They really do that. Also Knux tries to pump up the Menagerie again. They don’t have to worry about anything in the Battle Royale. They just have to throw everybody out.

Rollins with a shot to the face.

Angelina Love vs Brittany vs Madison Rayne vs Gail Kim (c) for the Knockouts Title
Madison Rayne is attacked by Brittany on the way to the ring. The Beautiful People join in and Gail Kim fights them off. Gail throws Love into the ring and Madison does the same with Brittany and things get underway. Rayne and Gail work together at the start and then get it on themselves. It’s the usual stuff; Woman goes in, woman goes out, with the occasional double team. It’s the biggest problem I have with multiman matches but I get why it happens. Everyone hits a finisher and it ends with Gail hitting Eat De-Feet on Love for the win.

Aries is backstage and he mentions that every year, around this time, he gets the belt. I know. Give it back to Sanada. Aries says it makes too much sense for him to cash in and actually teases that he won’t cash in.

Roode is asked if MVP and King are distractions. He says that he has to let them go for now so he can get that Battle Royal win, but his business with them is hardly done. They play a Lashley hype video. It’s no Sanada video, but it’s not bad at all. You can run away from Lashley, but you can’t get away. He’s like Kobe Bryant in a hotel room; he’s unstoppable. 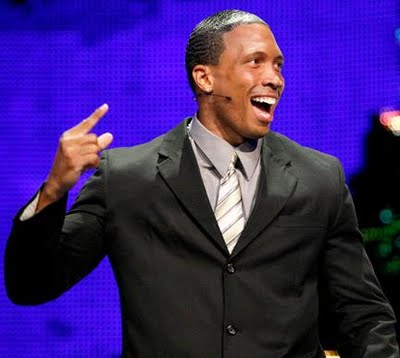 20 Man Battle Royal For The Number One Contendership
I missed the entrances because I was feeding my cat, but Jeff Hardy is back. I’m surprised TNA has 20 wrasslers left. My cat decided to just walk out of my room as Crazzy Steve is eliminated. Well screw you too cat. The Menagerie toss out the rest of the Bromans and then Freak is eliminated by Bramgus. When Bram gets eliminated he grabs the turnbuckle and threatens to cripple the next guy to get eliminated. Abyss runs out from the back to get rid of Bram. Abyss wasn’t in the match by the way. The final four are Kenny King, Bobby Roode, Eric Young, and Jeff Hardy. Roode tries to eliminate King, but MVP hits him in the stomach with his crutch. King tosses out King, and then EY throws out King. It’s down to Hardy and Young. Hardy dances like it’s 420 and they shake hands. They both tease going out, and ultimately Hardy wins by drop kicking Eric Young off of the apron. Post match Jeremy Borasch asks Hardy how he feels. He feels great of course, and says he’s the next champion. Hardy says that Lashley is tough, but he can get rough. Lashley comes down to the ring and they have a stare down to end the show. 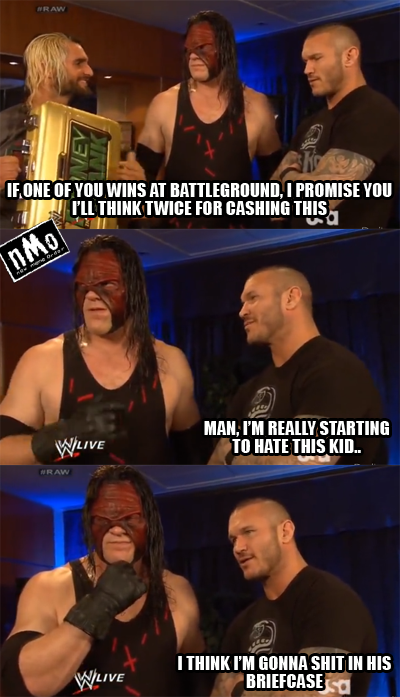 Well that was a good show. The in ring was great and the out of ring stuff was minimal, and good. I’m still a little bothered by Aries winning but I’ll get over it.