Get your Impact review here!

The show starts with the playing of the national anthem. FFW! After that Chris Melendez debuts.

Sergeant Christopher Melendez vs DJZ
I hope this guy is goood, but he comes from Bully’s school so he has to be. Impact is still gonna be screwed when they start jobbing him. I wonder if they’ll introduce a US title just for him. I feel bad for DJZ. The crowd is obviously hot for Melendez, who puts on a good show. DJZ goes into super heel mode and clips him from behind. Melendez wins with a Samoan Drop. I think he did a good job. Keep at it Chris. 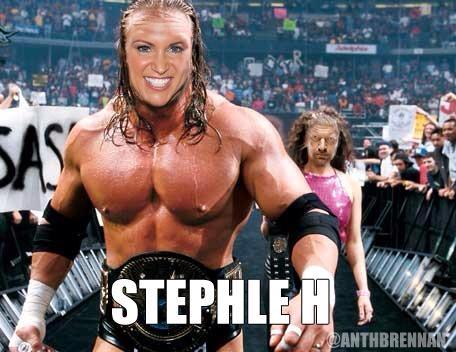 He’s still not as manly as Steph though.

Bobby Roode is in the ring with a microphone. He says Eric Young always brings out the best in him and thanks him. EY will always be a world champion to him and after beating him, he’s ready to be on top again. He was about to talk about the match, which is apparently next week, which is apparently No Surrender (excellent promotion) he’s interrupted by MVP and his team. MVP says every hero needs obstacles and objectives. In every movie the hero fights through obstacles and gets his objective. This isn’t a movie and the reality is Lashley is unstoppable. Roode won’t win, and the best he can hope for is a short hospital stay. Roode says there is no fear or doubt in Lashley’s eye. Lashley knows he can beat and destroy Roode and Roode knows he can beat and destroy Lashley. Lashley is bigger and stronger but Roode has a larger heart. An enlarged heart is a serious medical condition. Roode tells MVP there’s nothing he can do about that, and MVP responds by kicking his ass. Samoa Joe and EY run out for the save Joe sets up a tag team match playa.

Samoa Joe, Bobby Roode, and Eric Young vs MVP, Kenny King and Bobby Roode
Joe starts the match with a Samoan Suicide Dive on all three guys. King of all of people gets in the ring, starts the match for his team, and dies a painful death in the ring. EY and MVP go at it, and EY gets clotheslined from the apron by King. Excellent little touch. Lashley gets in and the crowd chants “Bobby sucks!” I think they need to be careful. Yes it’s Lashley’s first name but it’s also Roode’s first name. EY gets utterly destroyed by The Crew. EY reverses a Cross Armbreaker into a Powerbomb to get the hot tag on Roode, who cleans house. King breaks up a pin and everything goes to hell. Joe and EY take out King and Lashley so MVP and Roode can finish in the ring. Roode hits the Roode Bomb for the win. A sign in the crowd says the TNA network is only $9.98. 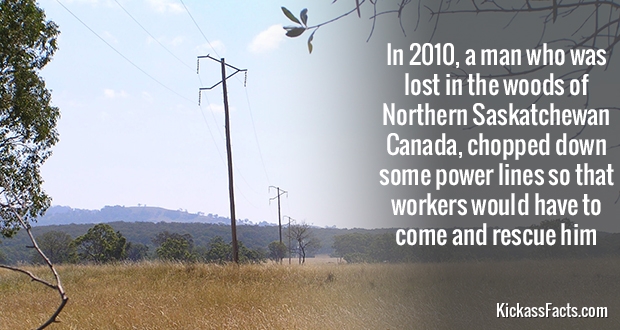 Gunner is backstage with Brittany. She asks if Sam is seeing someone, and he says he’s seeing therapists. What a complete dick. Brittany clarifies what she meant, and Gunner says he doesn’t know, but he’ll tell Sam about her interest.

The Bromans vs The Menagerie
The Bromans come out with the Beautiful People. I kinda missed the Menagerie. It’s a three man mixed tag or something. I’m not 100% sure what’s happening here. Okay it’s Steve, Knux and Rebel against Jessie, Robbie and Velvet. Knux actually does a cartwheel. This match was surprisingly not awful. And then…Rebel came in. Oh God. Steve raped Velvet in the ring and Rebel goes to the top rope. Angelina distracts her and Velvet rolls her up for the win. Velet pulled the trunks up a little, realised Rebel’s ass was exposed, and quickly covered it back up. That wasn’t as painful as expected.

Kurt Angle is backstage and says he’s tired of EC3 telling him how to do his job. He’s going to get him in the ring and tell him who he should be fighting and winning against. Team 3D are also backstage and are asked if this is their night. Bully basically says yes. The series isn’t going on longer than tonight.

Smackdown making an appearance on a Thursday after all.

Kurt Angle is of course, in the ring. He’s pretty happy with TNA right now. He’s proud of all the talent, except for EC3, who he calls out. EC3 gets in Angle’s face for not doing anything about Team 3D putting Dixie through the table. Dixie’s blood is on Angle’s hands too, and now EC3 is violent and is going to punish people if Angle won’t. He is the nephew of a broken Dixie and he will have his vengeance, in this life or the next. He’s taken out Angle twice and if Angle doesn’t do what he says, he’ll take him out for good. Angle hasn’t forgotten what EC3 did, and promises to kick his ass over it. Angle is the one who makes demands and if EC3 doesn’t shut up he’ll send him home. There’s someone who really wants to kick EC3’s ass. He won’t book EC3 in a wrestling match, but WILL book him in a street fight. Against Rhino. Rhino comes out with two trash cans filled with weapons.

Ethan Carter III vs Rhino in a New York Street Fight
The crowd chant “Change your pants!” at EC3, who’s wearing salmon pink trousers he borrowed from Mark Henry. Ethan takes control of the match with a low blow and concusses Rhino and whips him with his belt. I don’t know why I pop for that. I just do. I spotted the guy starting the “EC3!” chants as Rhino took control, right up until Ethan dodged a Gore and Rhino ran into a trash can. Ethan hit the 1%er onto a steel chair and got the win. Awww yeahhhhh.

They finally air some post match comments from Chris Melendez. He cuts a pretty good promo about how he can’t be stopped and wants others to feel the same. 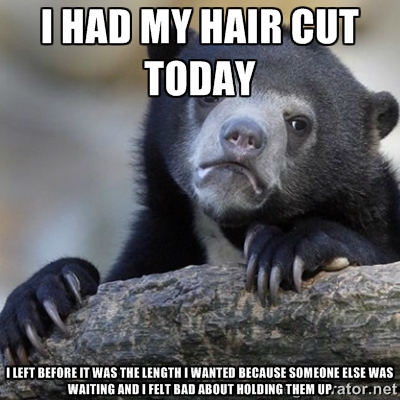 Personal tales from my life.

It’s time for the biggest reveal in all of wrestling. I can’t contain my excitement. I really can’t. It’s time to find out who’s on the cover the of the 2015 Knockout calender! Angelina Love grabs the mic before JB can make the announcement and declares herself the cover girl, but JB grabs the mic back and says that it’s…Velvet Sky. Further dissension teased. Bane makes her way down to the ring, but Gail Kim runs up to her and starts a fight. She loses the fight. The Beautiful People throw Brittany at her, who dies. Bane ignores everyone else, grabs the title, and walks out with it.

A video package on Camp Storm airs. Storm asks Manik why he wears a mask and says his disciples will speak. He pulls Manik’s mask off but before it comes all the way off tells the cameraman to leave so he can rape him in peace. This is a very sexually aggressive episode of Impact. At least, I’ve made it one.

They air highlights of Lashley’s Bellator match, and plug Bellator itself.

Gail Kim is running around backstage looking for Havok. She doesn’t find her.

Seth almost found his death though.

James Storm and The Great Sanada vs Tajiri and Austin Aries
Boy am I glad Storm isn’t injured. Tajiri still looks very tired. Tajiri and Sanada start things off. It was short but interesting to see a slightly different style. Aries and Tajiri focus on Sanada and make a good team. Storm runs in to break up a Last Chancery and Aries STILL has mist on his chest. Get a shower you god damn hippy. Aries gets controlled by Stornada and Tajiri and Sanada end up against eachother again. Tajiri doesn’t wrestle tired at least. Tajiri puts the Tarantula on Sanada, and Storm spits beer in his face to break it up. Sanada picks up the win.

The Hardy Boys are backstage. There’s a mystery to solve. The mystery of who won the first ever Tables Match. That was the Hardys who beat Team 3D. Matt says it’ll happen again.

Gail Kim finds Havok backstage and they brawl like men. They cut to break mid brawl and end up in the ring, realising the crowd would have no idea what was happening backstage. Security seperates them and Bane kicks their asses. Kim had already left and Havok poses over her fresh kills.

The Wolves vs Team 3D vs The Hardy Boys in a Tables Match
Well now that I know Bully WILL finish this series I can get into it more. Everyone pairs up, and beats down. It doesn’t take long for 3D to bring out the tables. The Hardy’s dropkick the table into 3D and it breaks. I think that counts. If Big Show can lose by stepping through a table then the Hardy’s can lose by putting their feet through it with a drop kick. The second table is used as a weapon without being broken. Edwards goes to superplex Jeff through the table but Devon moves it out of the way. Bully sets it back up as Devon is being corner punched. They set up the Electric Chair but someone else moves the table. I missed it because I was taking notes.

Jeff dropkicks the table in the corner and goes through it. The commentators clarify you HAVE to put someone else through the table. It doesn’t count if you put yourself through it. Well that nullifies some tables matches. The Wolves stop 3D from putting a Hardy through a table, and go to put Matt through it themselves. Jeff and Bully break it up and Hardy hits a Twist of Fate with Edwards on the top rope. Gee was right. Jeff hits a Swanton for the win and puts a Wolf through a table. As I was saying, Gee was right. This was an excellent match and I’m looking forward to match three and four. Post match the Hardys pull out and climb a ladder, teasing a ladder match. Matt has a microphone and confirms it’ll be a ladder match. Tenay says it’ll happen next week and hypes the rest of No Surrender to send us off the air.

Damn fine show but I wanted to see the horrible and uncut version of Velvet and Rebel. Unless they’re going to have a singles match soon. Or WERE going to. #BetterThanRaw