I woke up two hours early and my day got off to a terrible start. I may be biased.

Show starts with Bromans and EC3 walking around backstage. EC3 is upset Dixie lost everything at the PPV and blames Roode. They run into Roode and he blames Dixie because she got Bully Ray involved. Then he tells the JOB Squad to kick his ass when they see him.

MVP comes down to the ring  and says Dixie Land is closed, and Impact can move forward. MVP mentions Bully and says that he will be treated equally. MVP has a 3 point strategy for Impact; Motivate, Validate, Participate. I thought MVP meant Montel Vontavius Porter. Magnus walks out to the ring to extend my suffering. Did enjoy the “Magnus; what a wanker” sign. 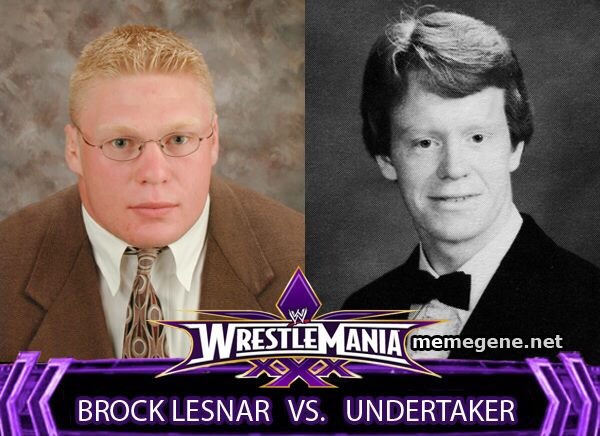 What the internet has been waiting for…

Magnus says the MVP principle is pretty stupid and says he’s more formidable than ever thanks to Abyss. Abyss kinda looks like a cross between Undertaker and Kane now with a new mask and a long leather coat. He even has the beard. Magnus doesn’t see Abyss as a monster, but a machine that runs on money, and Magnus has plenty of that. This makes them the hardest challenge that MVP has. MVP says Magnus was getting his ass kicked until he literally pulled Abyss out of his ass, which must have hurt, and brings out Joe as the number one contender. MVP announces a title match for next week, and starts a match between Abyss and a clearly injured Joe.

Samoa Joe vs Abyss
Joe dives on Abyss and pounds his ass as they go to break. Back from break Joe is the one getting pounded. Enjoy that visual. Abyss focuses on Joe’s injuries and they trade control of a fairly decent match until Abyss goes outside the ring to get Janice. Eric Young runs down and dropkicks Abyss to stop him, causing the DQ. Abyss comes out on top of the brawl. See, we can keep Joe and Magnus as a pairing. Anyway, Tenay throws to JB in the back.

JB is waiting for Bully when Angelina Love pops by, asks JB if he missed her, and walks off. They cut to break and JB is still there when they come back. Willow does his Willow shit and the segment comes to a painful end. 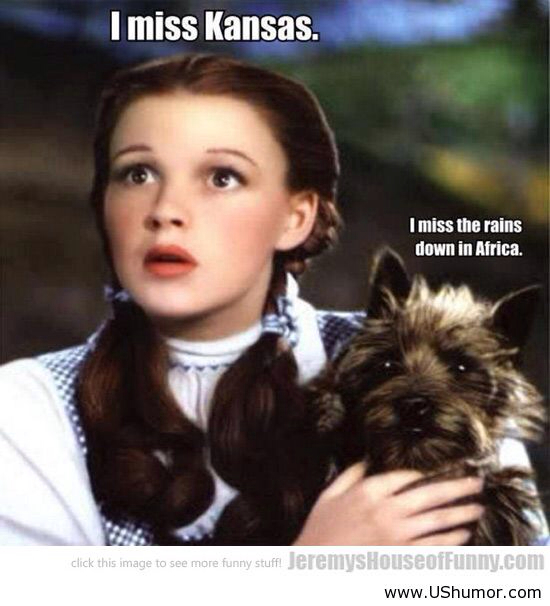 Brittany vs Gail Kim
Brittany is a new knockout. She’s a second generation wrassler whose dad runs an indy fed. Speaking of being fed, her opponent is Gail so this won’t go well. Kim is selling dissent between her and Lei’D Tapa and just beats the shit out of Brittany. Brittany fights back but Gail Kim is, well, she’s Gail Kim. The match comes to an end when Tapa inadvertantly splashes Kim and Brittany gets the pin because DQs don’t exist. Post match Tapa ladyrapes Kim with the worst beatdown I’ve ever seen.

Bully Ray walks around backstage and gets jumped by the JOB Squad. Spud even chokes him with a chain while Roode gets in his face over the screwjob. Roode screwed Roode. Bully gets one kick in before Roode whacks him with the huge whiteboard they write the schedule on in the back.

Seiya (Yes he has a first name) Sanada and Tigre Uno vs Bromans
Before the match they show a video of Sanada meeting Keiji Muto. Years of watching anime paid off as this was in Japanese with subtitles. Muta/Muto mostly pumps Sanada up and prepares him for life in America. Back in the ring the Bromans heel all over Tigre. Sanada tags himself in and they double team the Bromans. I’m pretty happy with this. I was a grumpy bastard and then this match happened and cheered me the fuck up. Sanada won with the moonsault.

Bully Ray was still bent over backstage. He picks up his chain and walks off. The Knockouts are shown backstage and Madison confirms Angelina Love is backstage. Sky wasn’t paying attention and sounded her best impression of surprised. Bully Ray beats the shit out of the Bromans with a chair in their locker room. Not the Knockout’s one. That segment ended already. Shaw is also backstage talking to someone who’s not seen, thanking them for helping him. He says Christie’s name out loud, implying he’s talking to her. He spots the cameraman and rapes him. 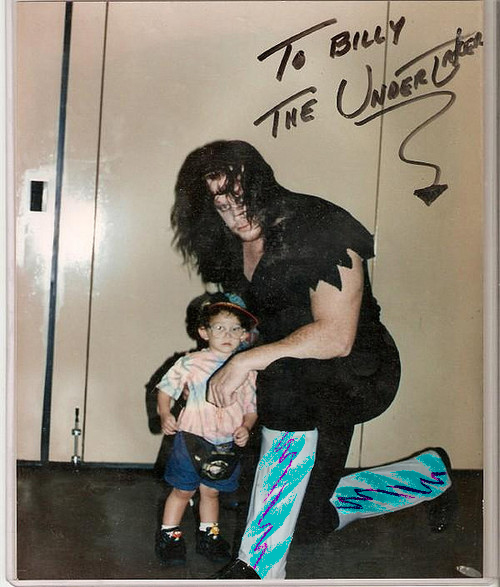 Willow is chilling in the rafters. Spud and EC3 meet up backstage. Spud has prepared a send off for Dixie, including a gigantic picture of her face. The segments are still not done as Joe gets in EY’s face for interfering. He gets a free pass tonight but Joe will kill him next time. EY don’t care, he just wants to fix his mistake of creating Abyss. EY is going to be chained to Abyss in next week’s title match.

Rockstar Spud and EC3 vs the Audience in a Last Fan Standing match
The crowd doesn’t wait to chant boring and Tazz says their chanting “mourning” and then EC3 tells them off for chanting “boring”. Spud is sad that wrestling operations are being controlled by an ex-con and he’s here to pay tribute to Queen Dixie and how she made people feel. She made me feel angry. He calls Ethan beautiful and supple, that made me happy and uncomfortable. Spud compares himself to Jesus and Dixie to the Virgin Mary. The crowd can chant boring but this was great. He thanks Dixie and plays a tribute video for Dixie. It was put together better than the Kurt Angle Hall of Fame video. It was touching and beautiful. MVP can’t take Dixie out of our hearts. Spud has also wrote a touching poem. This was majestic and I was upset when MVP came out.

MVP clarifies Dixie ISN’T dead, just pushing papers in Tennessee. MVP says Spud is growing on him, and commends him for being so loyal. He knows that Spud can be loyal to him and the roster too. Spud says he can’t as he’s the Chief of Staff, but MVP says that he’s not anymore. Even some Knockouts are taller than him. MVP sets him up with the newly debuting talent…Willow. At least Tenay admits it’s Jeff Hardy. Ethan laughs at his misfortune and MVP sets up a match between him and Bobby Lashley for next week. Lashley gets in the ring and Ethan still argues that Lashley isn’t signed. Except he is as MVP has signed him now. Spud gets in Lashley’s face and Lashley lays him out with the giant picture of Dixie. Rockstar Spud then caresses and pretty much makes out with said picture as Ethan and Lashley stare down. And you thought Sam Shaw was weird. 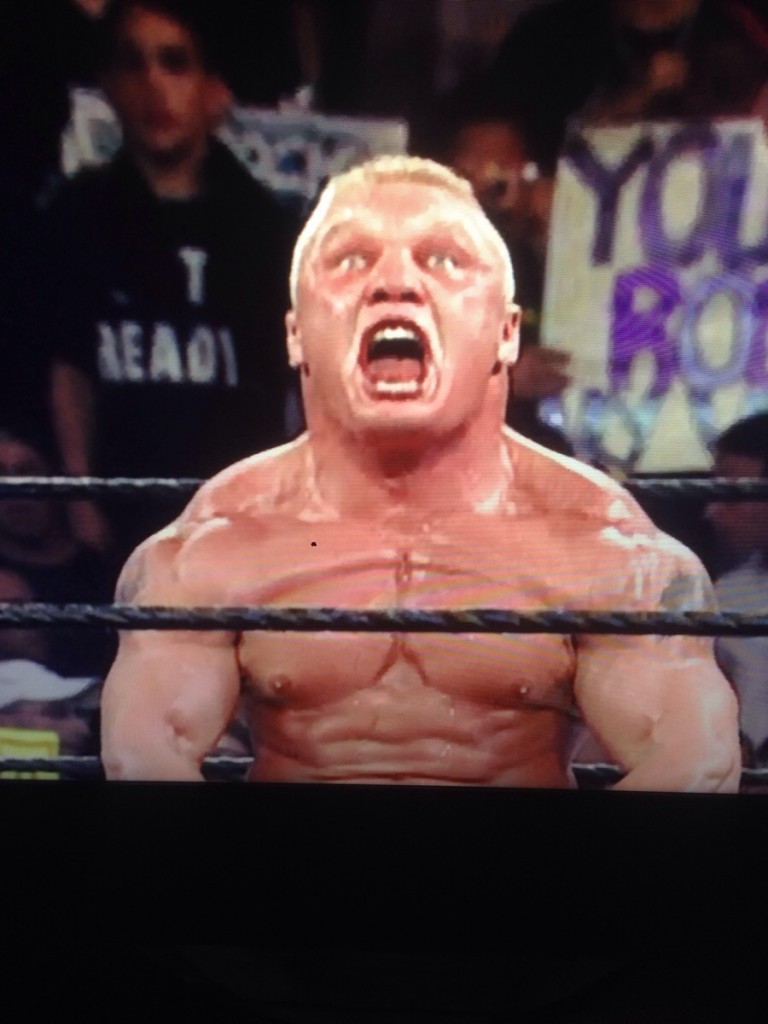 Samual Shaw vs Ken Anderson in a street fight
Because that cage match you paid for wasn’t enough. Shaw comes out to the ring with his Christie Hemme mannequin. That’s an amazing touch. I can’t say how much I love this guy. He even gave it a quick kiss and stared at it while waiting for Anderson. He then magically appears on the ramp and attacks Anderson before he can introduce himself to start the match. Shaw fights him down to the ring and Anderson makes his short lived comeback. I’m glad they’re treating Shaw like a legit wrestler instead of just making him a gimmick. He continues the assault of Kenny. Kenny fights back and gets in a lot of offense. He makes a move on Manne-hemme. Shaw pleads for him to stop but he doesn’t. Kenny kisses Manne-Hemme, throws her at Shaw, and hits the Mic Check for the win. At least Shaw still has the woman. 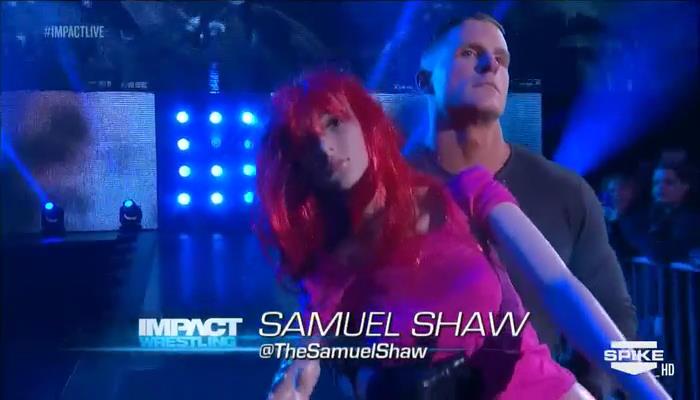 Angelina Love is backstage and says she’s backstage for one person only. That’s it. Willow is also backstage but no one cares.

There’s another video package for this new guy Kenny King. I can’t wait to see what he can do. I’ve never even heard of him before.

Angelina Love comes out to the ring and is warmly recieved by the crowd. You don’t know what you’ve got until it’s gone, and she missed TNA, and the friends she made there. She calls out Velvet Sky, who obliges and comes out. Velvet does her full ass shaking even though her friend, who she’s seeing for the first time in TWO FREAKING YEARS, is standing there. Bitch. Anyway, they hug it out. Angelina says if it wasn’t for Velvet she wouldn’t have got as far as she did. Everyone asks Angelina when the Beautiful People are going to reunite, and Angelina thinks it’s time. Velvet grabs a mic and says she’s ready to move on, and move forward. Love says that sometimes you move backwards to move forwards, which makes no sense, and that they can do things now they couldn’t do before as the Beautiful People. Velvet says she needs more time, and Love agrees to give it her.

Bully Ray and Willow are still skulking around backstage. 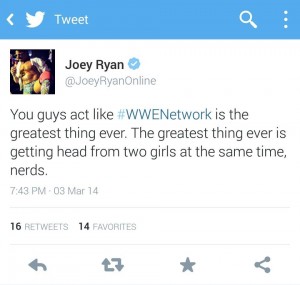 Rockstar Spud vs Willow
I think I’d like Willow more if Jeff changed his moves up a bit but he doesn’t. He’s Jeff Hardy in a mask. At least Juan Cena TRIED. They also used a weird camera filter for his entrance. Thankfully they turned it off for the match. Tazz says that Willow is more aggressive and, okay, I can accept that, but still do something different other than wearing a mask. It’s your basic squash match with some creepy mannerisms by Jeff Willow. I can’t even make a good pun out of his name like Christie Hemme-Quin. Willardy? I think that’ll have to do. Willardy actually loses via DQ by brutally assaulting Spud with his umbrella. He even gives the ref a Twist of Fate. Okay I’m sold on this. I like Willow. Fuck you I’m fickle. Willardy grabs a ladder and a chair, but no table. He plants Spud, puts his leg in the chair, and snaps it. I love the smell of aggression in the morning. Willardy climbs the ladder and splashes Spud. I still feel bad for Spud though. I love that little guy. Willardy decides enough is enough and walks off, as Bully Ray walks down to the ring.

Bully Ray vs The Microphone
Bully says he never thought he’d hear the crowd chant his name again. When he was Mic Check’d into the coffin, his career flashed before his eyes. He wanted to give a good reason for what he did, the he was attacked. He tried to save Roode from himself. If Roode had any control, he’d have become Dixie Carter and the last thing wrasslin needs is another one of them. He challenges Roode to a match right there and then, with 3 minutes left on the show. Roode comes out at least. The pair have fisticuffs and Bully grabs a table. Roode tries to send Bully through said table and fails. Bully hits a Diamond Cutter and power bombs Roode through the table to send the show off the air.

8/10 show. I was tired, cranky, and a little ill but I enjoyed the heck out of this show. There were one or two things that brought it down a little, but nothing that really killed it. Much much better than last week. 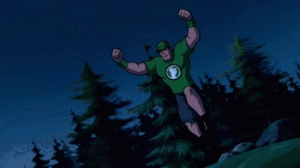