Words cannot describe how bad my day has been so far. TNA won’t help.

The show starts with EY backstage. He’s waiting for MVP. A limo shows up and MVP opens the back door and tries to drag MVP out, but he’s dragged off by security. In the arena, EY gets in the ring and cuts a promo on MVP betraying his trust. They hoped MVP was different, and says anything’s better than Dixie. He promised to be a fighting champion, and he’s done that, and now he promises this stuff won’t happen on his watch. He says MVP needs to watch what he wishes for, because EY is crazy. He calls out MVP but MVP appears on the big screen instead.

MVP says that EY is the ungrateful one because MVP gave him the chance to be champ. He was happy when Eric Young won because it sped up his plans and EY was his patsy. MVP is the director of wrestling operations but true power and respect comes with the world title, and being a pencil pusher was never for him. You can never have enough power, respect, and money. He is a little sympathetic towards EY and that’s why he’s going to allow EY to be the champion for a few more weeks. When he does take it, EY can go back to being an insignificant nobody. EY says he said he would defend the title every week, and this week he fights MVP. MVP pretty much says no. He won’t fight for free, and he’ll stick with his security.

Spud loves Dix…ie time. Dixie is driving towards her house with Spud. She says it’s a relief to have the camera guys with her. When they get to her house there’s a table that says “Dixie fears Bully”. The segment ends with Dixie fearing Bully. There’s a video package on the history between Bram, Magnus, and Willow, to set up the next match. 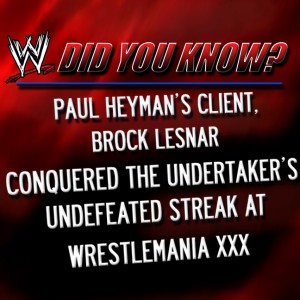 I did not know this. Thanks WWE!

Willow vs Magnus and Bram (2 on 1 handicap) The match actually starts on Willow’s home on the stairs. He’s attacked by Magnus, and fights him off. Willow slides down the bannister and hits Magnus. That’s when Bram gets involved and they drag Willow to the ring and start the two on one heel domination. Bram gets his ass kicked by Willow and Willow knocks Magnus off the apron to go for the win. It doesn’t work and Willow eats the mat. Bram tags Magnus in and digs under the ring for a crow bar and tells Magnus to use it. Magnus says he doesn’t want to get DQ’d and picks up Willow. Willow reverses it into a small package for the win. Willow has a small package. Post match Bram berates Magnus for being a pussy.

EY is looking for MVP. He goes to his office, but MVP isn’t there, so EY just trashes it instead.

Spud and his Dixie are still in Dixie’s front yard. It’s full of tables that have “Bully Fears Dixie” on them. Bully calls them…from inside the house! Dixie tells the camera crew to record everything that happens while she calls the authorities, and sends Spud and the camera crew inside. 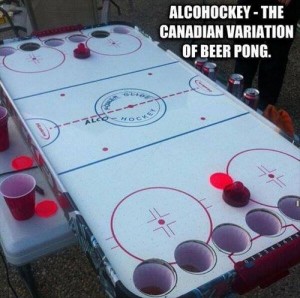 Gail Kim comes out to the ring and grabs a mic. She’s here to prove she’s the hardest worker, and calls out the “Beautiful” People because she wants a fight. BP come out and insult her outfit. Mangelina says she’s a good wrestler, but she’s not the champ and never will be. The “Beautiful” People are what everyone should aspire to be. Mangelina accepts Gail’s challenge as Velvet Sky jumps her from behind.

Velvet keeps the advantage. Gail fights back but Mangelina gets involved and punches her in the face while Velvet strip teases the ref. That happened. Velvet grabs one of Dashing Cody Rhode’s paper bags and puts it on Gail’s head to add insult to injury. Gail picks up the win with Eat De-Feet. Love hits a cheap shot and poses over Gail’s fallen body.

A video of EC3 from last week airs. He said he would beat Angle and he did. If it was Angle’s last match, it was good for him to go out passing the torch. He defeats all the meager legends TNA throws at him, and he’s the future because he’s destroying the past. That was pretty cool. 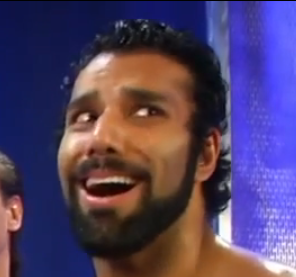 Kaz vs Crazy Steve Taz refers to Rebel as “Knux’s tamatah”. Still no word if she’s his sister, but Tenay clarifies that Menagerie are here to earn money to send back to the carnival. Kaz weeps silently during the entrance at what his career has become. Crazy Steve offers Kaz his balloons. Kaz accepts, slaps Steve, and throws the balloons away. He threatens Knux and the freak, and falls backwards because Steve was bent over behind him. A “This is bullshit!” chant starts in my head. I tap out mentally as Steve splashes the balloons from the top rope and pops them. Rebel does a strip routine using the ropes and Crazy Steve pantses the ref, leading to Kaz winning by DQ.

Austin Aries gets in MVP’s face backstage as I contemplate suicide. Austin Mike Tyson Punch Out’s one security guy but gets punched out by MPV. EY jumps him from behind and they have a good old fashioned backstage brawl. MVP traps EY’s arm in a chair, stomps it, and then chokes EY with his tie. Daniel Bryan was fired for that. EY fights back and even hits a Spear, and that’s when security finally catch up to them and pull them apart. MVP tells the security to get out the ring, except for the ones holding EY, and kicks EY in the nuts. MVP finishes off EY’s arm and says he’ll get that title match tonight after all.

Where will you be when the flashbacks happen?

Spud is in Dixie’s kitchen. The tables are inside the house too. Spud hears Bully complaining about her wine and Spud hides behind the couch. The cameraman gives the game away by saying “Dixie sent US” and Bully grabs Spud and tells the cameraman to not go anywhere.

I can’t pretend to care really. Anderson dominates the start, and keeps the momentum most of the match even when Storm fights back into it. Storm takes control with a spike DDT and grabs a beer bottle outside. He takes a swig and goes to hit Anderson with the bottle. Anderson ducks it but Storm spits beer in his eyes and hits the Superkick for the win.

Remember Sam Shaw? He’s back. Kinda. They recap what happened to him and air a segment from the mental home or some shit. He has a visitor. Sam asks if it’s Christie but we don’t find out. We do find out there are more awesome Sanada video packages though. I’ve come to the conclusion Wrestle-1 handle everything about him. It’s the only way this stuff could happen.

Fans. Making everything better since forever.

DJZ vs Sanada vs Tigre Uno in a three way for the X Division Title The longer Sanada has the title the more hope I have for the Division. The fast patced, action packed match helped too. Traditional three way style. One guy in, one guy out.They even let DJZ play a part other than getting his ass kicked. That still happens to him mind. Sanada gets the victory over DJZ with a bridging suplex pin. I still have hope. It’s nice to have hope for something.

Dixie is still outside her house. Bully calls her from Spud’s phone and makes threatening remarks. Shaw is still in the home. His visitor is Gunner. Gunner says he needs someone to talk to, But Sam doesn’t say anything. Dixie is now inside her house. She’s still on the phone with Bully and tries to find out where he is. She grabs a poker from the fireplace and finds Spud in the living room. Dixie runs over to him, and Bully closes the door behind her. Bully says all this is her fault. He asks her if she thinks he’s afraid of her, and Dixie says no. He asks her if she wants it to go away, and if she wants him to go, and she does her best Daniel Bryan impression. Bully says he’ll go if she says “Dixie Carter fears Bully Ray”. Dixie starts to say it when EC3 takes out Bully from behind, and Dixie says “Dixie Carter fears no one”. Except maybe the Spike TV Execs. It took them to nearly the end of the show, but they finally make note of Bobby Roode being suspended by MVP.

MVP vs Eric Young for the World Heavyweight Championship Eric Young jumps MVP before the match and chokes him with his own shirt. MVP fights back and sends EY into the steel steps to take out his arm some more. MVP focuses on the injured arm and shoulder. Looks like Eric Young won’t be able to hit his patended Maybe Lock. It’s like the Yes/No Lock but not as definitive. Yeah, I actually said that. MVP keeps complete control of the match, barely ever hitting anything other than the injured arm. EY fights back with his healthy arm and goes for the top rope elbow but he gets knocked off the turnbuckle and jumped by King of the Night Kenny King.

The match gets thrown out but MVP orders for it to be restarted. The ref says he won’t, and King knocks him out too. EY tries to fight off Kenny King but it’s not enough to stop the hate crime. EY gets destroyed but he’s still technically the champion. Bobby Lashley runs out for the save, but just spears EY instead. It seems the Nation of Domination IS being recreated. In TNA. Lashley picks up EY and suplexes him through two chairs. MVP poses with the title and rests EY’s head on it to send the show off the air. It wasn’t too bad a show. I was in a bad mood anyway. I am highly disappointed that a faction is running things. Again. Fuck this company. See you next week. 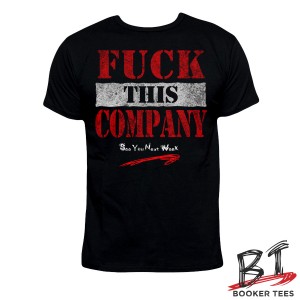 Don’t forget to tune into bwfradio.com for BWF Radio this Sunday (and every Sunday) at 2PM EST. If I can be there, you can.