Bound For Glory wasn’t that bad. Get over it.

I think the first part of the show was missing for me. This video is only 73 minutes long and starts with a replay. Angle and Lashley are in the ring, let’s see what happens. MVP and King have the night off and Angle asks Lashley why he said no to Roode when he’s supposed to defend against all challengers. Lashley says that Roode already lost and gets in Angle’s face, asking him if he wants a shot. Angle says he’ll fight Lashley one day, but not today. Instead he’ll get him a number one contender. He introduces all of the people in the main event who come out. Angle wishes everyone luck and says the winner will face Lashley.

Theres a recap of the 3D induction. Then Magnus and Fatt Hardy are backstage. Magnus says Matt is still here to cheerlead for Jeff. Matt says his relationship is better than the one Magnus has with Bram and challenges him to a match. Magnus accepts. 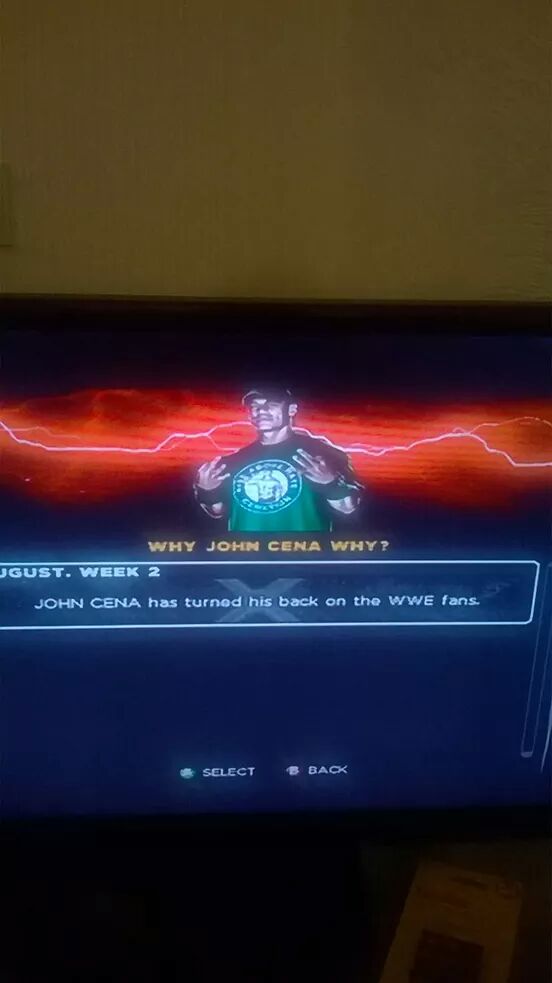 Madison Rayne vs Havok (c) for the Knockouts Title
Havok “Rayne’s” all over Madison’s parade and kicks the tar out of her. Yes I’m proud of that line. Damn my video file is screwy but you get what you pay for. Madison fights back but gets put down. Hebner, the ref, argues with Havok when she gets a little too vicious and Madison takes advantage and causes Havok to run into the post. Madison hits a Missile Dropkick and Havok kicks out so hard Rayne rolls over Hebner. Havok hits some move she calls the Harlot Slayer, that I missed because of my video. Sounds like it was a Chokeslam. Either way, Havok wins and retains.

Kurt Angle is backstage with Devon. Angle congratulates them on going into the HoF and Devon says even though they’re in the HoF he’s going to do what he can for the TNA roster. By leaving. Eric Young is also backstage and hypes up the main event using Steiner Math. He asks if you’ve ever seen someone get struck by lightning twice. Yes, yes I have. I saw someone get struck twice within a few seconds of each strike. Take that beardy.

I couldn’t find the full version. Don’t worry he survived.

Magnus vs Matt Hardy
Matt Hardy has Jeff Hardy’s entrance music. That’s just lazy. Matt does a good job, right up until Magnus powerbombs him into the steel ringpost and then on the apron. I think Hardy’s dead now. The racist crowd chant USA. Matt manages to get into the ring just to be killed some more by Magnus. Matt fights back and hits a Side Effect for a two count. A Moonsault gets him another two. Magnus rolls Matt up and grabs the ropes but Stiffler notices and breaks up the pin. Magnus jumps off the ropes and Matt hits a mid-air Twist of Fate for the win.

The EC3 segment from Bound for Glory is replayed.

The Beautiful People and the Bromans vs the Menagerie
This match is Knux, Steve and Rebel vs DJZ, Godderz and Angelina Love. Tenay implies Tazz is masturbating at the table. I’m done. DJZ smacks Rebel on the ass and isn’t fired for sexual harrassment. Instead he gets his ass kicked by Knux. Knux bends DJZ over in the ring and spanks him. That happened. I’m so done. At least I have a better video file now. Steve gets Menagawasted by the Bromans and eventually gets a hot tag on Rebel. Rebel does a less than terrible job and DJZ molests her again and gets wasted by Knux. Again. Steve comes in and tries to rape Love. He hits a DDT from the corner and gets the win. Thank Maven this one is over.

Roode is backstage. He tries to hype up the main event but Aries interrupts him. Aries says tonight is about skill and this match is going to be something to remember. Roode agrees, but still believes he’ll win. Aries says when the bell rings mutual respect goes out the window.

E.C.3 segment. He comes out and just points to the back and Clodus Bray comes out straight away. Tenay goes to say who it is, but Tazz tells him that Ethan’s assistant texted him and said they aren’t allowed to say his name. That’s for Ethan to do. Ethan says he’s got a true W.M.D now and he’s ready to blow up TNA. He’s assaulted by the US secret service. He introduces Brodus as Tyrus and repeats it a few times so people know his name is Tyrus. Not Brodus. Tyrus. His name is Tyrus. He’s had to make a few cuts to hire Brodus, I mean Tyrus, and says “see you never” to Spud. Ethan is mad that Bully remains in the Hall of Fame. Boy I hope they let Ethan “retire” him. Ethan wants Bully taken out of the HoF and brings up how he’s beaten everyone in the HoF. He does his “You can’t wrestle” shtick, and ends it by saying “I’m undefeated”. And undefeated he will remain because no man alive can defeat him. The 3D music hits and Devon comes out.

Devon says all he does is talk and get his ass kicked. He’s beaten everyone in the HoF except him. Devon says he’s going to put Ethan through a table and he’ll make Tyrus his “be-yotch” if he interferes. Devon goes to enter the ring when he’s taken from behind by Bram (COCK TALK!). Bram hits him with a trash can lid and keeps up the assault. Bram walks off while the refs check over Devon. Ethan continues his promo after the break. He says technically he beat Devon and celebrates. He says he doesn’t want to leave and says he has a treat for Tyrus. He’s undefeated and wants Tyrus to be too. He couldn’t find someone on the Earth, so he went under the sea and found Shark Boy.

Shark Boy vs Tyrus
Shark Boy’s music hits but he doesn’t come out. They cut backstage to someone looking for him. He’s backstage eating donuts and lounging around on a couch. He needs some help getting up and drags his ass to the ring. His music restarts and he comes out this time. At least his being out of shape is actually part of his gimmick this time around. So it’s cool. Tyrus hits the “She-Plex” and just dominates Sharky. He hits a chokeslam for the win and does one handed press ups as the ref counts.

Bound for Glory highlights. Jeff Hardy hypes the main event, and the Wolves get a video package.

Eric Young vs Austin Aries vs Jeff Hardy vs Bobby Roode in an Elimination Match to be No.1 Contender for the World Heavyweight Championship
Everyone pairs up and fights. Aries rolls into the ring onto EY and straight into Roode who takes him out. That was a cool spot. They operate on a two in two out system, keeping two people in the ring at any time. Aries takes out everyone and tries to get a triple countout going. That would have been an amazing finish. Eric ruins my dreams and makes it into the ring. Jeff Hardy hits a triple Superlex. That was just pretty awesome. Eight minutes left in the show and still no eliminations. That helped keep everyone in the match strong. No one got jobbed out quickly. Aries and Roode hit their finishers at the same time and they both pin Jeff and Eric respectively. A triple elimination would have been nice but I’ll take a double one.

Now it’s down to Aries and Roode who start beating eachother with chops and forearms straight away. Roode reverses a pin into the Crossface but Aries reverses it into a pin and then the Last Chancery. Roode gets the rope break and Aries continues the assault. These two really know how to put on a match. Roode manages to hit a Roode Bomb for the win, and becomes the number one contender. All four men start a love fest in the ring and celebrate with Roode.

This was srsly good match.

It was a good show overall. I’d say it was a little better than last week. Last week was a one match show and this one had better things going for it. We got a debut, a title match, and sexual harassment. Seven ass grabs out of ten.