Before writing this I submitted a short story to a competition. Good luck to me!

Knockouts Battle Royale for The Number One Contendership
I had no idea this was happening. Let’s watch. Oh it’s No Surrender by the way. “No promotion” is more like it. Everyone pairs up which makes no sense. I expected everyone to gang up on Havok. That comes after a few minutes of teh match. Havok focuses on Rayne and eliminates her. Then goes Taryn. Then Brittany. Angelina eliminates herself thanks to Rebel. Yes. Rebel. Then Rebel is sent out by Havok from the top rope. It looked nasty. Maybe that was what injured her. Havok no sells Velvet’s attack and dumps her for the win.

They recap the Shaw match from last week and a backstage segment with Gunner telling Sam he should go back to a therapist. Sam says he doesn’t want to. Gunner avoids the shitty soap angle and tells Sam outright it’s Brittany that likes him. Sam says he’s fixated on someone else and leaves it at that. So we’re STILL getting a gay love angle. Gunner-senpai will feel Sam-chans love yet. No, I don’t know what I’m doing.

MVP and Kenny King come out to the ring. MVP looks like he still has a bit of a limp. MVP hypes up the title match and says the headline will be “Roode Awakening; Lashley Destroys Again”. I love puns. MVP goes on to bring up, and bring out Chris Melendez. Please don’t job MVP out to him. It’s way too soon. They all shake hands and someone already has a Melendez shirt. MVP calls him an American hero and thanks him for what he’s done, and says he’s a killer, and tells him he needs to make the right choices to make an impact. King says no one gets handed anything, and they want him to be their token white guy. They won’t give him anything but their bags. Chris declines and King gets in his face, calling him Peg Leg. He calls for a ref and makes a joke about “Boot camp”. Get it, cos Chris only has one leg. MVP wishes him luck and Kenny cheap shots him. Match is on!

Kenny King vs Chris Melendez
King mocks Chris during the match and keeps his advantage from the cheap shot. Typical story; face gets cheap shotted and beaten down building up for the big comeback. Melendez reverses into a sunset flip for the upset win, and King beats the crap out of him for it. Didn’t steal his leg though. King grabs a mic and says Chris can’t even defend himself, much less the USA. He’s not a hero, just a cripple. Tenay speaks over Kenny King and King tries to steal the leg after all. Mr Anderson runs out for the save and chases King off.

Chris and Ken are backstage. Ken says not everyone was going to respect him, and asks him if he’s hurt or injured. Chris says neither, and Ken says they’ll take care of things later. 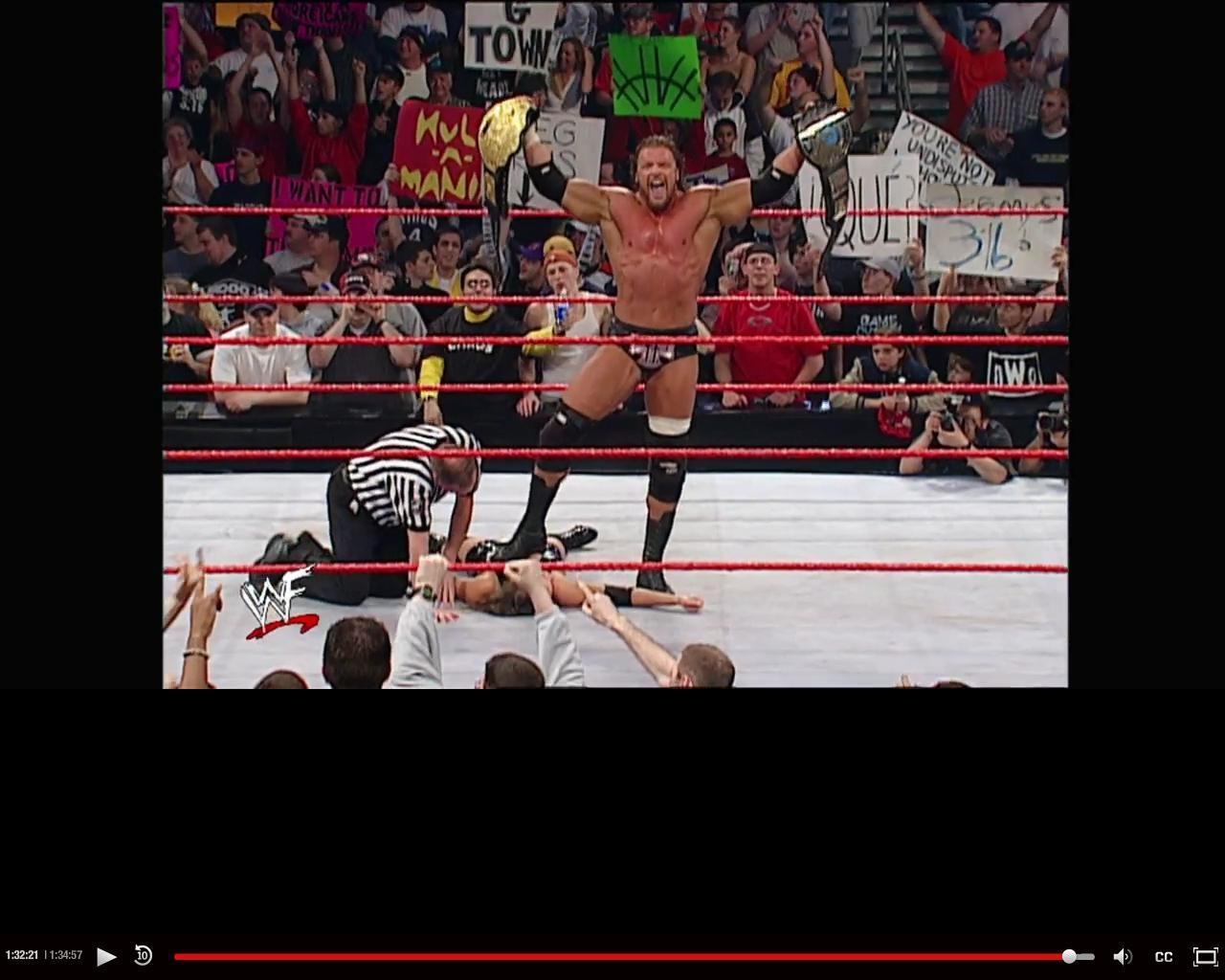 Remember that time Triple H buried his own wife?

Homicide vs Samoa Joe for the X-Division Title
When Homicide does a suicide dive is it a Homicide Dive? I’m distracted during this match by my own thoughts. It was good and got all my attention at points. They trade control with big moves and have an even match. Joe reverses a Cutter into a Rear Naked Choke for the win. That was a beautiful reversal. Homicide and Joe go to shake hands when Storm and Sanada run out. Storm has a bullrope and chokes Homicide while Sanada kicks his head off. Manik 2.0 comes out. His new costume is blue, sleeveless, and his new mask doesn’t cover all his face. Dude looks jacked. All three pose to end the segment.

The Wolves are backstage with Jeremy Borasch. He reminds them they haven’t won in the series yet and they need to win tonight. Wolf One says that their legacy is literally hanging above the ring, and Wolf Two says they belong among the legends and they will fight and win.

Bobby Roode is backstage with Eric Young. EY asks him if he’s ready and Roode shushes him, saying they’re enjoying the silence. He reflects on how crazy the past year has been. He even mentioned how he almost became part owner of TNA. That’s good continuity. EY says that after he wins it’s going to get noisy for him. EY leaves him to his angst and thoughts.

That does sound pretty good.

The Wolves vs The Hardys vs Team 3D in a Ladder Match
Match three in the series. The Wolves are obviously going to win. I’m still going to hopefully enjoy this match though. Can someone tell Jeff to stop attacking ladders though? He does a Whisper in the Wind to the ladder to knock down the Wolves holding it. Sure, it made sense, but a drop kick would have made WAY more sense. Bully does the good old fashioned ladder spin and the crowd chant for tables. That was last week. Devon hits a super high WASSUP from the top of a ladder and neuters a wolf. Hardy gets Power Bomb’d onto a ladder set up on two other ladders, and the other two ladders take out Matt and a Wolf, which was a great spot. Jeff gets Superplexed from the top of a ladder. He was so high his feet hit the title belts. Team 3D grabs a table and the Wolves grab chairs, the last match is gonna be TLC it seems. The Wolves take out Devon with the chair, and Richards double foot stomps Matt Hardy through the table. Jeff and Edwards go for the titles at the same time, and Richards sends Jeff to the floor so Edwards can grab the titles for the win. That was an amazing match.

Bram vs Gunner
I feel bad for these guys. Good luck following that last match. They actually have a decent match. Hard hitting and powerful but not slow. Gunner lands badly and sells a leg injury, and Bram takes advantage by smashing it into the steel steps. Sam-Chan comes out to cheer on his beloved senpai and watches as Bram continues to injure the leg. Gunner loses his footing going for a power bomb and Sam Shaw tries to interfere, but accidentally hits Gunner who is rolled up and Bram gets the win. Sam tries to help Gunner up, and gets thrown aside. Gunner tells Sam off after the match and wants nothing to do with him. You can see the moment Sam’s heart breaks. Poor crazy bastard.

Gail Kim is backstage with comments on the Battle Royale. She doesn’t mind that Havok wants the title, she just has problems with how she went about it by attacking her and Taryn, and tells her to bring it. 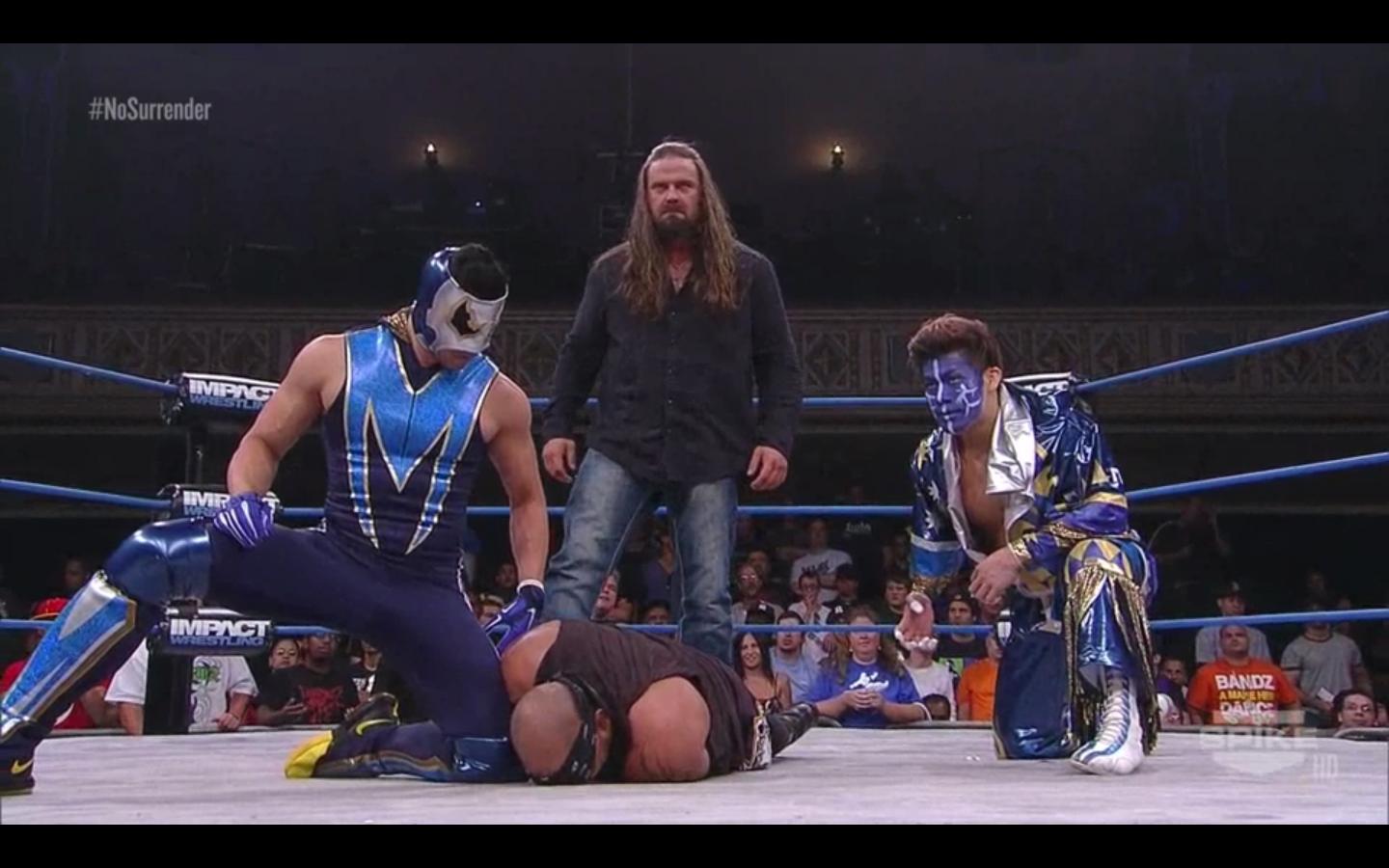 Bobby Roode vs Bobby Lashley for the World Heavyweight Championship
My money is on Bobby. Lashley keeps Roode down and everytime Roode puts him down, he doesn’t stay down for long. King gets on the apron for the distraction and Lashley takes advantage. MVP grabs Roode while he’s on the top rope and he’s kicked out, but King isn’t. Coming back from break Roode is now selling his back, and counters a Spear attempt into a Crossface. King grabs his boot and pulls him off, and EY runs down to take out King. Roode slides out of a running powerslam and applies another crossface. Lashley powers out and back drops Roode. Lashley hits a Spear and Roode kicks out at 2.

Lashley grabs the title, and goes to hit Roode with it. Roode ducks and hits a Roode Bomb for a 2 count of his own. They exchange punches and Roode gets another 2 with a Spinebuster. Lashley hits that Running Powerslam for a 2. I don’t mind people kicking out of finishers and signatures, it shows just how much they want it. Roode hits a Roode bomb over the god damn top rope to the outside. I think Lashley actually died. Nope, still breathing. Roode leap frogs over a Spear, side steps another, but doesn’t have the strength to hit another Roode bomb. Instead he’s hit by another Spear, and this time Lashley gets the three count. 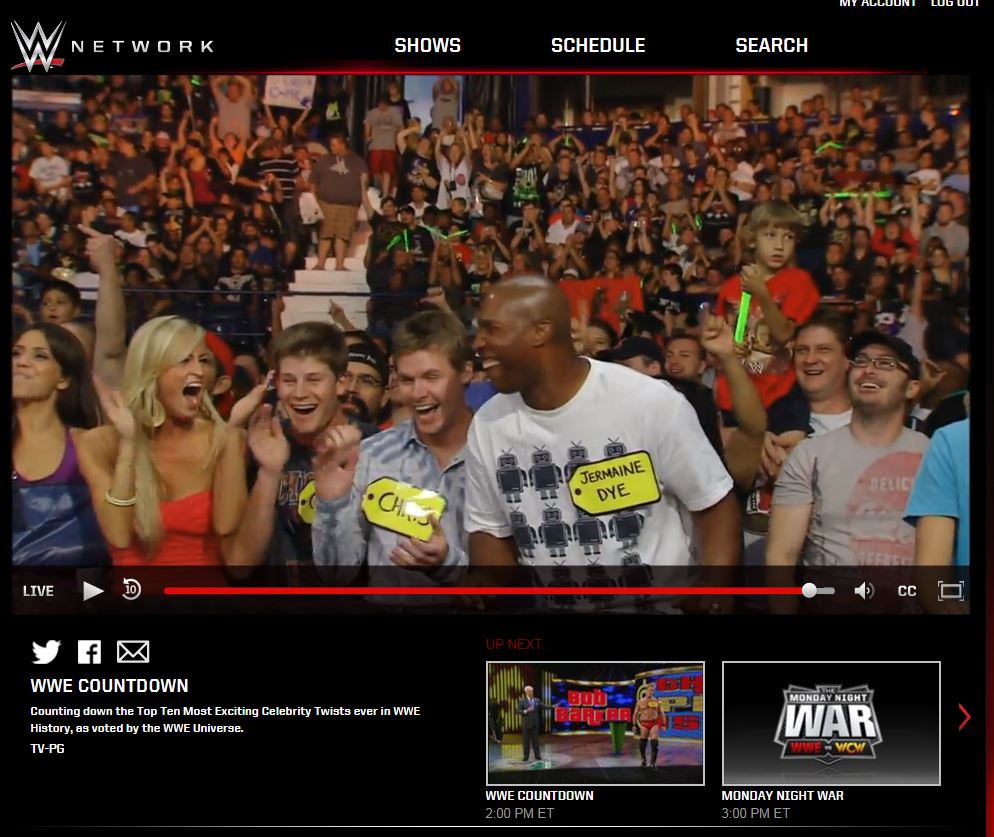 Remember The Price is Raw? Remember Summer Rae being in the audience?

I’d say this was a PPV caliber show. The tag match and the title match were amazing. The other stuff was good too. I hope TNA gets to keep on living. It’s a shame they’re being consistently good at what could be the end.