None of what happens in TNA will matter seeing how it’s Elimination Chamber week but screw it, my professionalism won’t let me half ass this.

The show starts with The Dixithuaroty. Magnus asks her if something is a done deal, and she reassures him it is. He tells her if she goes down, he won’t go down with him. He’s not into man on man stuff. He also asks Ethan for his cooperation and tells Spud to keep an eye out for the Wolves. Dixie and Magnus then walk out to the ring. Magnus calls out MVP, who of course comes out. Magnus is not impressed by MVP’s history and says that nine years in jail would be nothing compared to nine minutes with him. MVP mocks Magnus’s attention whoring and says that a real champion doesn’t have to tell people he’s a champion.

He reiterates his Lockdown challenge and Magnus accepts. He won’t be in the match given that he’s defending the title against Joe, because he’s going to beat Gunner tonight. Whether you’re a decorated war hero or a 50 Cent knockoff, Magnus will make you his beyotch. His words not mine. MVP didn’t want Magnus to say “beyotch” and starts attacking Magnus after he says it. EC3 comes out and attacks MVP while the Wolves are shown backstage being restrained. Gunner comes out for the save instead. MVP dares them to come back while the Wolves approach Magnus and EC3 from behind. Magnus runs off like a bitch and EC3 gets his stomach kicked.

Before they were famous; Vacant.

Roode is backstage and declines to comment on his status.

Ethan walks into the locker room and confronts Magnus about literally throwing him to the Wolves. Heh. Magnus basically tells him to stop being a bitch.

Samoa Joe cuts a promo in the ring, because this isn’t a wrestling show. Or maybe it is, as the point of the promo was to offer an open challenge. The Bromans answer the call. They didn’t learn from the beating he gave them last week. Joe accepts the challenge of all three and a 3 on 1 begins.

Samoa Joe vs Bromans
He beats the shit out of them. The numbers catch up and he gets heeled on, but the end result is the same. Joe wins lol. Still worth it for the great triple teams. The Bromans, no matter how much I hate them, work well together.

Christie Hemme is hit on some by dude backstage who is then dragged away and killed by Samuel Shaw. Seriously. That happened. Shaw then fondles Hemme’s battery back. Not a euphamism. 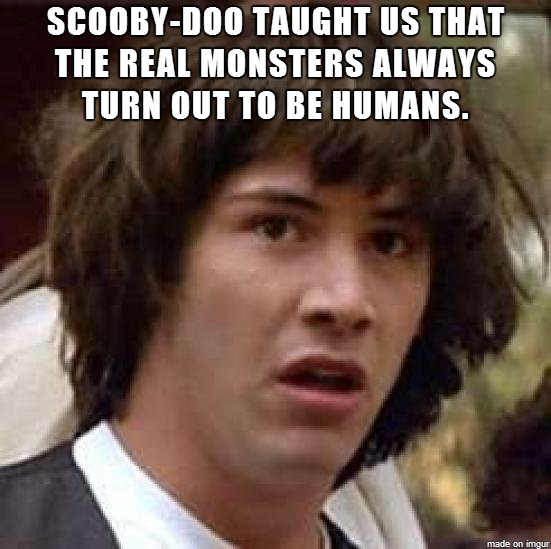 Roode is backstage with James Storm. He wanted to see Storm one last time before he did what he’s going to do. He laments on the horrors of the biz-a-niss and that the industry has left him alone and distant. He blames himself for the bad stuff that happened with Storm, and says that Storm was the only guy he could trust. Storm tells him not to retire and to just deal with the people he doesn’t like. It ends with a brohug.

Austin Aries walks into MVP’s office. MVP is part of his own Lockdown team, and asks Aries to be the fourth man. Aries asks what’s in it for him, and wants MVP to mean it when he says he wants the best for the company. Aries says he’ll think about it and we get a ghetto brohug.

They air a package about how great the UK tour is, and it leads to a “shoot” fight between Gail and Madison Rayne. I was enjoying it until then. This leads to a streetfight between the pair. 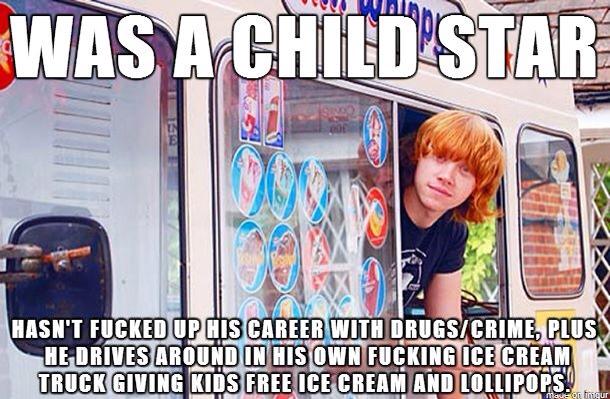 People aren’t as happy when I offer free ice cream to their kids.

Madison Rayne vs Gail Kim in a Street Fight
Rayne doesn’t even wait for the match to start to assault Kim with a cookie sheet and threaten Lei’d Tapa. It’s no DQ but screw it, Tapa has no reason to get involved I guess. Pretty decent match, barely any weapon use. Tapa gets involved by stopping Rayne from doing a cross body from the apron and breaks Rayne’s back and makes her humble. Gail puts the Figure Four on in the corner and gets a chair kicked into her face. Tapa gets beaten off with a stick but the distraction costs Rayne. Gail hits her with the title and picks up the win.

Christie Hemme looks at pictures of Anderson’s kids backstage. Samuel Shaw watches from a distance. It took me a while to realise it was Anderson she was talking to.

There were several videos on Gunner’s life through the show, one aired after this. The videos were pretty good. It’s odd how TNA can do some very good packages, and some terrible ones. Luckily these were good. Apparently he literally wrestled for a warm meal in nachos and cheese. These packages tought me to never be an indy wrestler. After the package airs Gunner is pulled into a side room by James Storm. 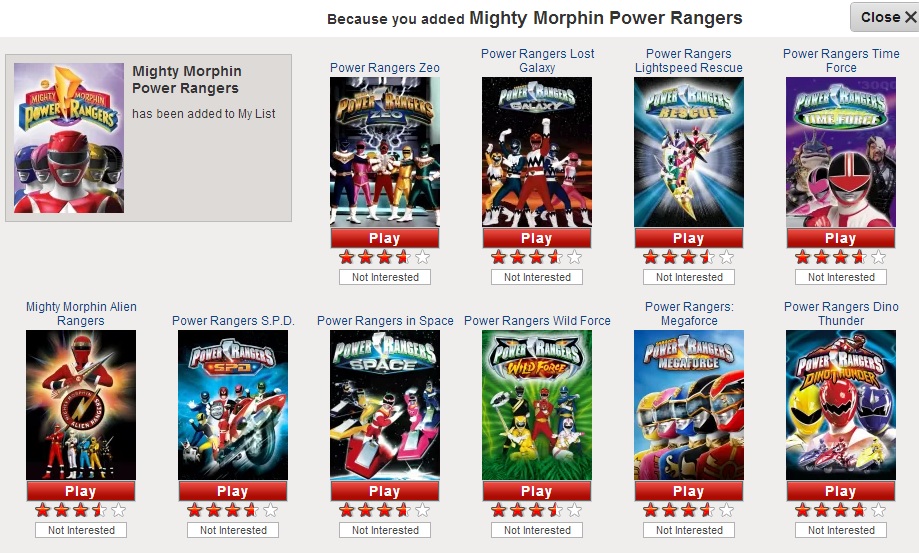 Ethan is asked to expand on his comments about ending Angle’s career. Ethan says that out of respect for Angle, he’ll let Angle announce his retirement next week.

Storm and Gunner are in the aforementioned side room. Storm hypes up Gunner and Gunner says he’s doing it for everyone who didn’t get to live their dreams. Storm essentially tells him to do it for himself. Gunner gives Storm the tag team briefcase and there’s a ghetto brohug between two white men. This was actually a pretty good segment.

Bobby Roode makes his way to the ring slowly. Oh I hope this isn’t a retirement. Roode says that he’s been proud to call TNA a home for 11 years, and to be a professional wrestler for 17. There are some things he’s not proud of though. He was an absolute dick backstage, and can’t change that. He can only change his future. He announces that tonight is his last night as a professional wrestler as the crowd chants “no” and “please don’t go”. He hates himself and he hates dealing with Dixie. He’s sorry, but he just can’t do it anymore. He wants to do something before he goes though, he wants to thank the fans. He thanks them, and goes to walk out but Dixie comes out and doesn’t let him.

I’d rather take this on tacks than lego.

Dixie tells him that he doesn’t get to decide when he leaves. He can’t walk out on his contract. Who does he think he is; CM Punk? Roode reaffirms that he’s done and Dixie reaffirms it doesn’t matter. She brings up the guys who left and says she didn’t need them, but she needs Roode. Dixie apologises for all the crap she’s put him through but Roode has none of it. Dixie asks him to be the captain of her Lockdown team and Roode asks her why he should trust her. Dixie offers him 10% of TNA. She’s going to give him ownership of TNA. Roode doesn’t believe her, and Dixie says he can have his own lawyers make the contract. Roode is almost sold on the idea. Then he is sold on it, and accepts Dixie’s offer. But if she screws him over, he’s going to kill her.

J.B is backstage with some German dude who won some worldwide gut check. What a better audience for the Germans than the English. Not that it matters because during Ftitz’s interview Samuel Shaw attacks Anderson, and injures Hemme in the process. He then walks off with Hemme’s unconscious body. Yep. She’s now officially been abducted while the cameraman just filmed it. 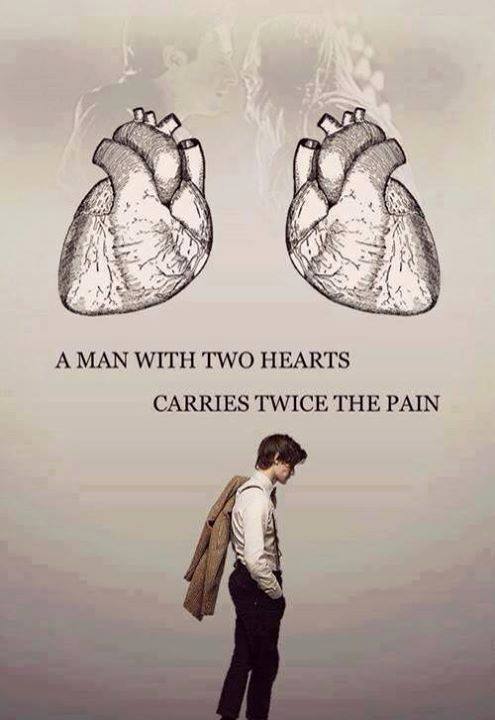 Extraordinary Gentlemnan’s Organisation reunites backstage. They congratulate Bobby Roode and offer their services. Roode asks them to prove how great they are in their next match. I’ve missed Bad Influence.

The Wolves vs Bad Influence
I’m sure most of the internet creamed over this match. Kaz and Edwards start things off by flipping all over eachother. The Wolves hit tag team moves on both guys with no regard for the five second rule. Bad Influence hit some tag team moves of their own. This match was just a masterclass in tag wrestling. Rybaxel need to watch this match. There was no lost time or motion in this match. The Wolves win with a double double foot stomp, first to Daniel’s back, and then his stomach.

Shaw still has Hemme. He lays her on a bed and wakes her up. She’s confused and Sam reassures her everything’s okay. He notices the cameraman and the segment suddenly ends. 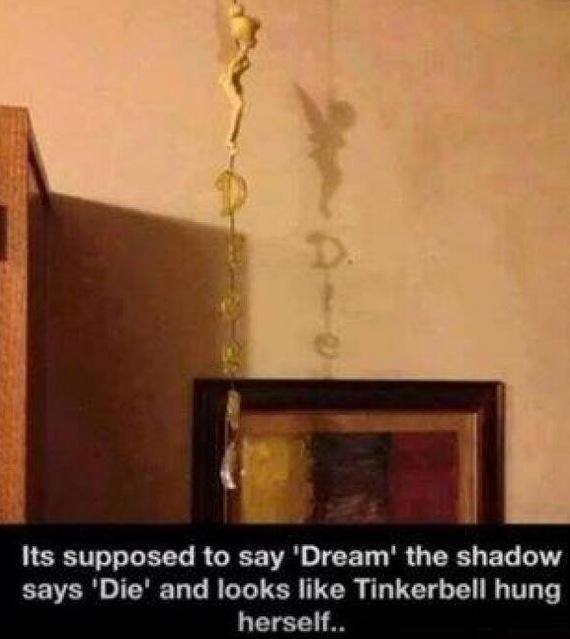 This is just freaky.

There’s another video on Willow. Stuff like this makes you realise just how many drugs Jeff Hardy is on.

Magnus counters the videos on Magnus with a package of his own. It’s also pretty good.

Gunner vs Magnus for the World Heavyweight Title
Before the match begins Tenay announces that the match has been changed a little. It’s now Magnus Rules. They’re basically Raven’s Rules. No DQ. The match starts with a five hour headlock, but I don’t care. I’m invested in the match. Gunner finally fights out of the headlock and the pair exchange strikes. Magnus calls for help from the back and instead the Wolves and James Storm come out as they go to break.

Back from break, Gunner is put in the Camel Clutch. I already make a Shiek joke so I won’t do it again. Gunner fights out and we get…another headlock. It’s more of a choke hold this time and Gunner gets out. Magnus Rules finally come into effect as Magnus goes to hit Gunner with the title. Gunner dodges and hit eachother with cross bodies. EC3 and the Bromans appear out of nowhere and get beaten off (COCK TALK!) by Storm and the Wolves. Gunner hits a powerbomb and diving headbutt but Rockstar Spud breaks the fall. Please put Spud in the Lockdown match TNA. Gunner gets hit with the title but kicks out at 2 and Storm comes back to counter Spud being there. Gunner fires up and Wailords on Magnus. Gunner goes to dive on Magnus again but Storm kicks him out of nowhere for the heel turn! Magnus picks up the win and is still the TNA champion.

Damn fine show, as per usual. I don’t care if Russo is booking this, I’m enjoying it. There might be some low points, such as bad acting and things not making much sense, but the good far outweighs the bad and I actually get emotionally invested in the show, which is more than I can say for WWE.

Brock Lesnar shoots rockets out of his crotch.