At first I thought today would really suck but, in all, it’s actually not been too bad. How was Impact? Read on and find out!

The show starts with JB announcing some kind of one night tournament. Five matches and if the chosen wrassler wins, they go into a multi man match at the end, with a shot at any champion they want. It wasn’t as confusing as I made it. The five men are MVP, Magnus, Aries, Abyss, and Robbie E. Following that is a hype video for MVP.

MVP vs Low Ki
This match was surprisingly slow considering the guys in it. Makes sense though, they have to conserve their energy. Low Ki chops MVP and MVP unzips his bodysuit and offers his chest to Low Ki. That was pretty cool. Low Ki gets kicked so hard he flips over the ropes and dies. Low Ki recovers and tries and fails to hit a Ki Crusher. MVP hits the Drive By and wins.

The Bromans are backstage talking about their women. Then Robbie E is really happy about his life right now. He’s doing Velvet, he has a chance at any title, and next week he’s in the Amazing Race with Brook and no one’s gonna know. Then Jessie brings him back to reality saying cameras are all over reality TV and even points out the TNA camera filming them right now. Robbie runs for his life. 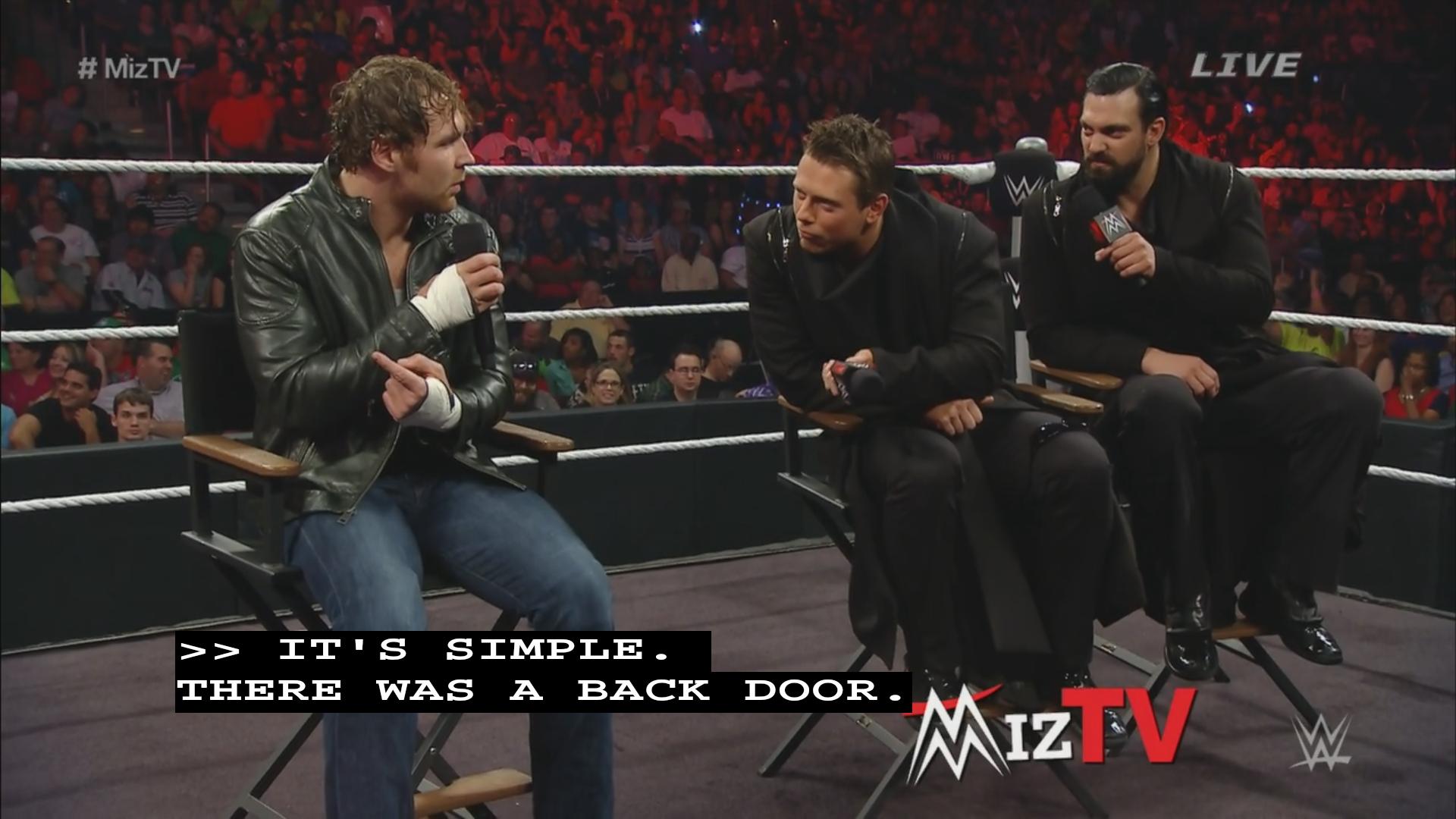 They recap the ladder match from last week and say they’re going to play highlights of the match. There’s no need to do that. They follow that up by paying more tribue to Eric the Actor than WWE did. They follow that up with a video on the whole tag team series and say the Wolves pick the last stip next week. TLC is my guess and I’ve not read ahead.

Robbie E vs Tajiri
Before the match Robbie E grabs a mic and asks the crowd what they see when they look at him. You see perfect eyebrows, a dope tank top, a perfect tan and really big muscles. Most of all you see a guy from Jersey, who’s tougher than anyone in New York. He’s tougher than anyone in the US, and the world. He’s inter-bro-national. He’s gonna prove it tonight. Then Tajiri comes out and the match is on. Robbie does surprisingly well in the match. This match was far less jobber than I expected. Robbie ducks a kick and hits a DDT for a two count. He gets misted, kickeded, and pinned…ed. Tajiri wins. Tajiri is in the last match and they’ve already changed the stipulation. They could have just said five matches, five winners, and a five way.

Spud is backstage and he’s asked about the problems he and EC3 have. Spud says there aren’t any and gets a call. EC3 is listed in his phone as “EC3 – Best Friend”. That’s sweet.

Austin Aries vs Knux
Rebel comes out with the Menagerie, so she’s still alive at least. She was in one piece too so this match was probably filmed out of order and before the Knockouts thing. Knux kips up and Aries bows to him as the fans applaud the feat. Knux makes teh mistake of bowing back and Aries takes advantage and attacks him. Aries dives right into Knux’s boot and almost decapitated himself. Aries manages to hit a Brainbuster for the win.

A recap like the one they had for the tag match airs for the title match last week. I take the opportunity to feed my cat.

Magnus vs Mr Anderson
Magnus traps Ken in the ring apron and tries for a countout. He fails. Tazz suggests you give the Knockouts calender to your kids, and as a Valentines present. Those are two situations you don’t want to gift it. Kenny fights back and hits his X Moves of Doom, but fails to put Magnus away. Kenny escapes a pin using the bottom rope and hits a mic check for the win. God damn it.

There’s a video of the photoshoot for the TNA Knockouts calender, and then an induction video on Team 3D. Talk about a juxtaposition. Bully says Team 3D are the KISS of Wrasslin. They’re not the best, but when they’re done you know you’ve been entertained. The less I say on my opinions of Gene Simmons the better. Lastly there’s a video on Havok and Gail.

Seth Rollins isn’t the only one who almost got impaled.

Abyss vs Samuel Shaw
Tazz says Shaw is starting to obsess over Gunner and Tenay says if Shaw wins tonight he might go for a tag match with Gunner. Totally gay. I don’t see how anyone didn’t catch the gayness but I’ve seen people say they hadn’t. Unfortunately for Shaw Abyss crushes his dreams, and his body. Shaw takes control part way through the match, all for Gunner. He focuses on a hand/arm Abyss “injured” by punching the corner post. Abyss fights back with his good arm and hits a Chokeslam. Shaw rolls out the ring, grabs a chair, and hits Abyss with it while the ref isn’t looking. Shaw charges at Abyss, and Abyss counters with the Black Hole Slam for the win.

Bobby Rood tweeted about not being done and next week he’s going to address his future.

Austin Aries vs MVP vs Tajiri vs Mr Anderson vs Abyss in a Five Way Match
Skipping through the entrances really saved time here. It’s the kind of match where there are two people in the ring, and you can tag in anyone to get out of it. This is the kind of stuff commentators should say. Of course they don’t. Abyss kills MVP and Kenny, and Tajiri tags himself in for Abyss. They exchange strikes and Tajiri gets a two count. Anderson tries to tag in MVP who jumps off the apron, instead Aries tags himself in for Ken. They do some good old fashioned mat/chain wrestling and Aries blocks the Tarantula. He goes for a Suicide Dive but MVP kicks him in the back when he hits the ropes. 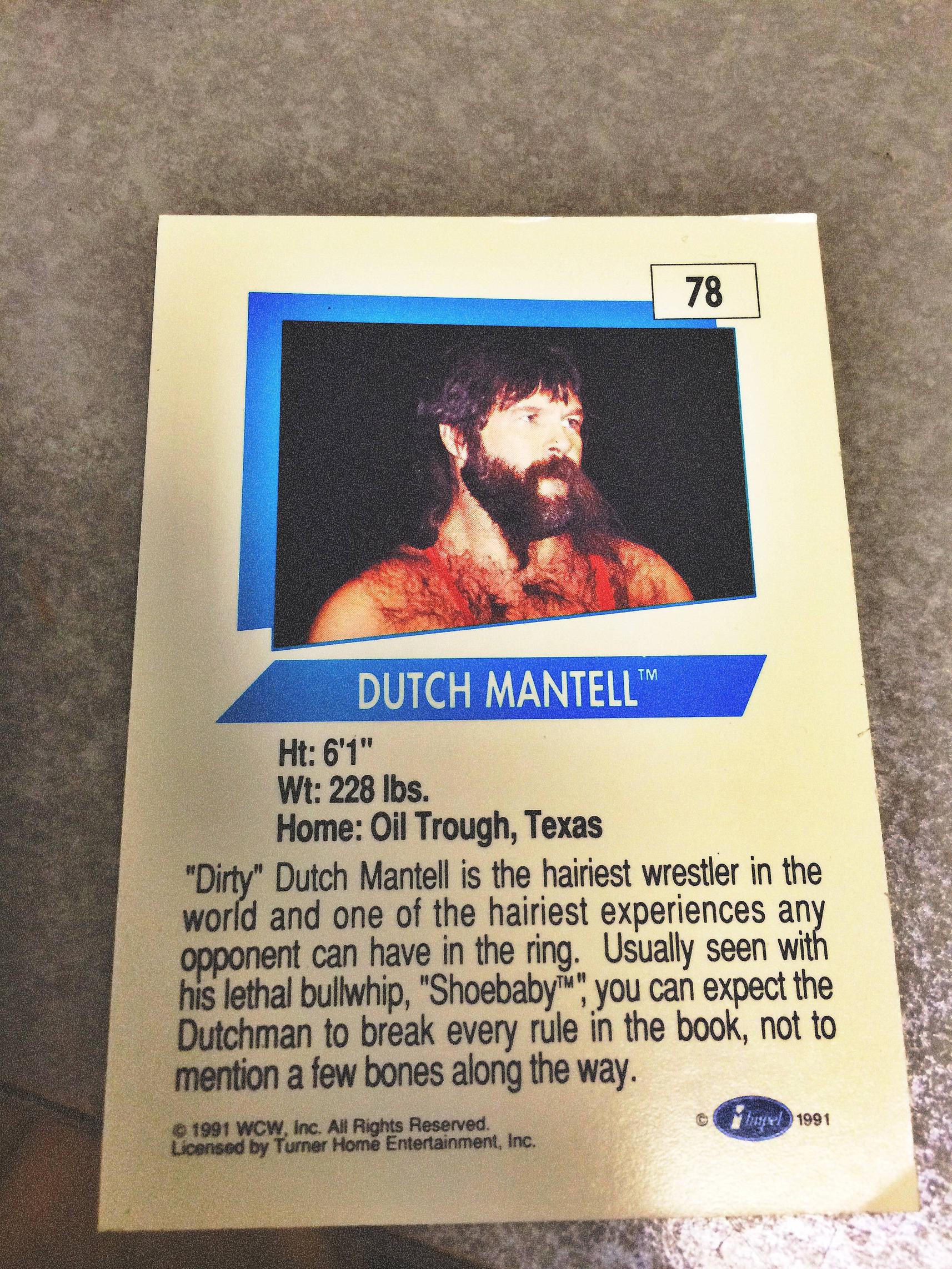 I don’t think he’d like to be called “The Dutchman” now.

Kenny tags in for Tajiri and breaks Aries’ back but fails to make him humble. MVP and Aries end up together and MVP quickly brings in Tajiri. Tajiri mists Abyss and Ken tags himself in. Ken hits a top rope rolling Samoan Drop and MVP tags himself in for Tajiri. Ken doesn’t find out until it’s too late and gets Drive By’ed, and Aries breaks up the pin. Aries and MVP end up the legal men and Aries eats a boot, reverses a drive by into a pin, and wins the match. Aries celebrates to end the show.

A pretty good show but six matches feels like way too much for a two hour show. Plus the crowd was dead for the last match. I’m glad this is the last taping in New York. I’m looking forward to the new setting next week.