Wrestling doesn’t take breaks so neither do we. Maybe they should, so that we could. Selfish bastards.

Though not as selfish as the E, who are going to unleash this on Joe

Rockstar Spud comes out to start the show and introduces Madam Dixie Carter. Dixie says that last week they crowned their greatest Heavyweight Champion and when she says the fans wanted Jeff to win, they tell her to shove it up her ass by chanting “We want AJ”. I think Dixie is the only one who wants Hardy. She teases a big announcement for next week but Jeff comes out to interrupt her. He’s limping so he’s probably going to hit about five Swantons in his next match. Hardy has something he wants to get off his chest but it’s not on the schedule according to Spud. Spud was pretty good in this little bit actually. He told Hardy to shut up, and shove the creatures up his little backside. Jeff responds to beating him up and advancing on Dixie. EC3 appears out of nowhere and shoves Hardy out the ring. Dixie tried to make her announcement again and this time is interrupted by Sting.

Sting has an announcement of his own, which is that he wants a match with EC3 to kick the entitled crap out of him. He then asks Dixie to make a tag match with EC3 and Spud teaming up to face him and Hardy. Dixie doesn’t want it to happen. One is old and the other is crippled, I don’t get her problem. In the end Dixie makes the match because she wants EC3 and Spud to shut them up. Her music hits and she tells them to shut it off so she can finally make her announcement. It doesn’t happen and we go to break. 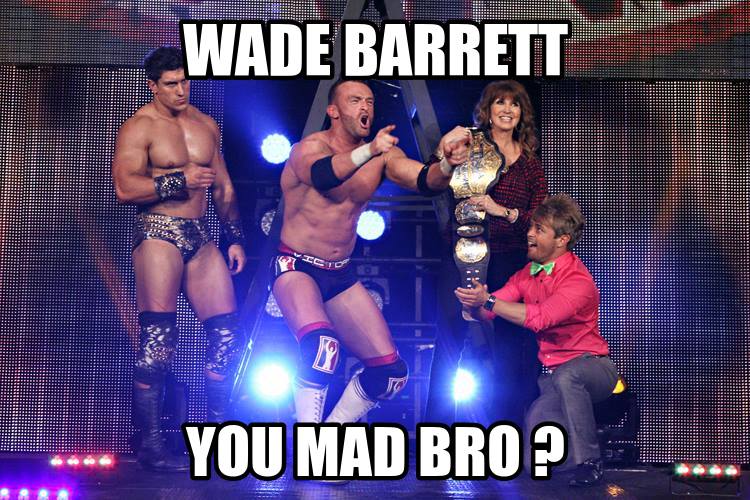 Back from break and Dixie is still in the ring. Yay. She tries to make her announcement again and is interrupted by Gunner this time. You know what? Shove it. I want to hear this announcement. Gunner tries to cash in his money in the bank briefcase and Dixie says he can’t have it. Magnus in England celebrating so he can’t do it. James Storm comes out to interrupt her, again. I DON’T GIVE A DAMN. Storm brings up how Gunner threw in the towel and Gunner defends his actions. I’m really on Gunner’s side here. Storm implies that Gunner sold him out and told Roode he was in that bar and challenges him to a match for the briefcase. Dixie makes the match official because Gunner interrupted her. Dixie says she doesn’t want to make the announcement anymore and walks out. Most painful opening segment ever.

Gunner vs James Storm for the Money in the bank briefcase
Don’t care about these guys, don’t care about this match. The match ends in a double count out and the guys fight as officials split them up. 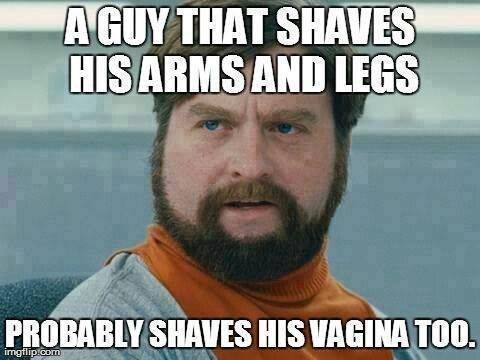 At least both guys have beards.

Bully and Brooke are backstage. He ignores her. She says she’s going to air all his secrets and Bully tells her it’s not a good idea.

Video package on the history of Magnus. I’m glad I missed most of this. His career that is. The package was pretty good. He even mocks Hogan saying “He’s good but not good enough because I’m not ready to lace em up yet brother.” It was nice but seemed a little too inside. 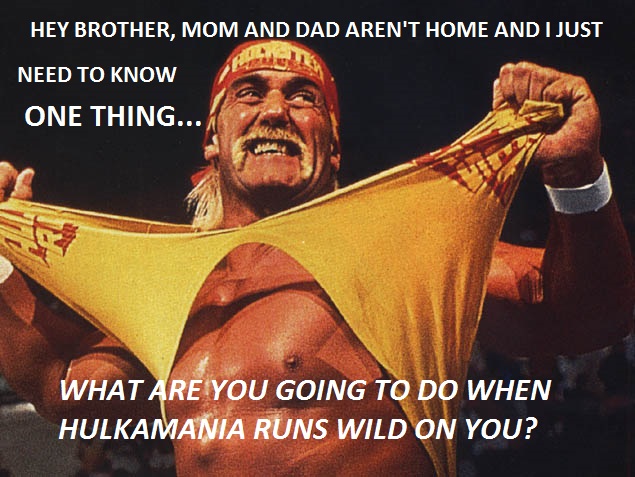 I could not resist posting this. JTHogan needs to read this.

Brook comes out to the ring and says she refuses to take the blame for what happened to Aces and Eights, and calls out Bully Ray who, amazingly, came out. Bully continues to ignore her and walks around the ring. Brooke was supposed to have used Bully for fame and money. Now he’s basically a weird high school kid that no one wants to talk to. Brooke says she’s done and tries to leave but Bully grabs her arm and tells her she’s done when he’s done with her. He doesn’t blame her for anything because she’s dumb. He kept her around to make sweet love to her, but she was bad at that. He’d close his eyes and pretend he was with Brooke Hogan. He could piledrive her, but he won’t. He’s got another use for her. He wants her to tell everyone how sick and twisted he is. He tells Brooke to leave, and she does.

Another video package on Magnus. 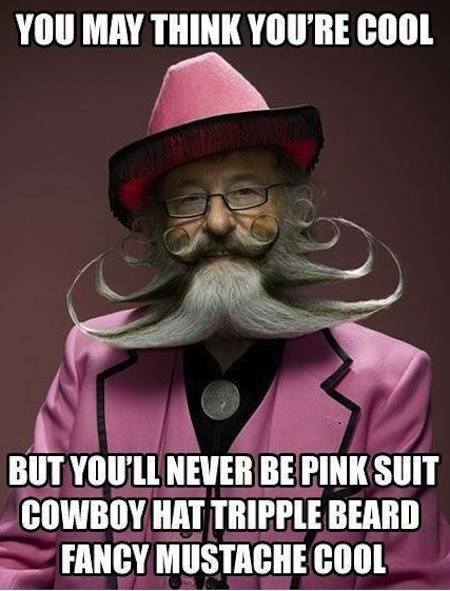 EC3 and Spud are backstage with Dixie. EC3 tries to talk his way out of the match but fails. Aunt D has them covered. In Soviet Russia, the D covers you.

There’s a video package to set up the Monster’s Ball and Joseph Park comes out to Abyss’s music. And Janice.

Before the match starts there’s another backstage segment. This one with Sting and Jeff. Sting says he’s marking out and always wanted to tag with Hardy, but the feeling isn’t mutual. Jeff wasn’t even supposed to wrassle today and just wanted to talk to Dixie. They agree to take care of business.

Joseph Park vs Bad Influence in a Monsters Ball match
This was what you expected really. Bad Influence beat the crap out of Park for a while. Daniels even chokes him with the wrist tape. Daniels stops Kaz from hitting a chair shot to the head because they don’t want him to bleed and that’s when Park gets back into it for a few seconds before Kaz breaks a trash can on him and they go back to kicking the shit out of him. Park hits a splash on a trash can lid which wasn’t too smart as it hurt him just as much. Park tries to escape the match when Kaz grabs Janice and EY shows up to try and pump him up. EY went to open Park up and Bad Influence stop him. Kaz whacks Park with a Singapore cane and that was it. Abyss was summoned. Abyss no sells and beats the hell out of Bad Influence. He hits a black hole slam on Daniels for the win.

Hardy is backstage talking to his wife. He says there’s something he has to do. Teasing retirement? I bet he “retires” for a few weeks and that’s how they get away with him not being on the UK tour. 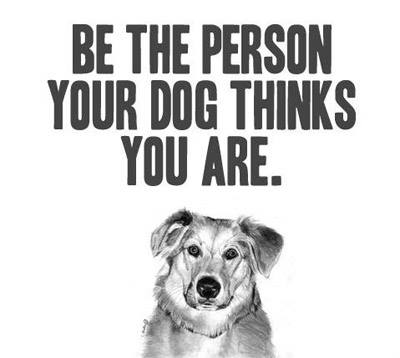 I hope Jeff Hardy has a dog so this is relevant. I think he had one that died in a fire.

Another look at Magnus’s package.

Lei’D Tapa vs ODB
Remember when we thought this would be a really big match? Me too. Gail Kim cuts a promo on Madison Rayne before the match. The two trade power shots and ODB tries and fails to lift Tapa for the slam. Gail slides the title into the ring to distract the ref and Tapa picks up the win.

Sabin and Velvet are backstage. Velvet’s resolution is to make their relationship stronger and Sabin teases leaving her when she says she won’t interfere in his match next week.

One more package on Magnus. 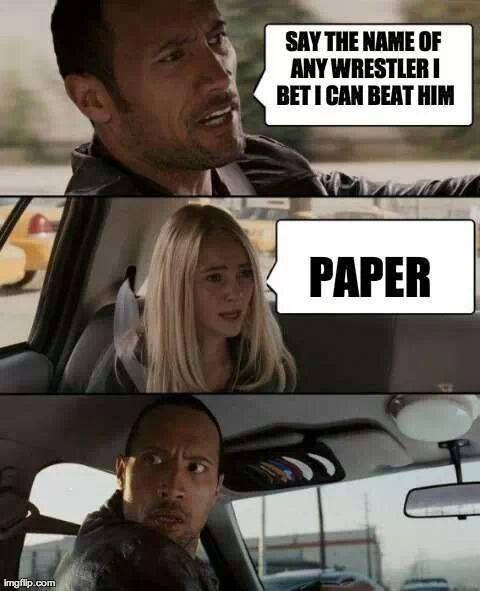 There are people even The Rock can’t beat.

Team Face Paint (Sting and Jeff Hardy) vs Team ECRS (EC3 and Rockstar Spud)
Before the match begins Dixie appears on the big screen to make her announcement at last. Next week they’re going to have a coronation for Magnus. The tag team match is now also a handicap match. ECRS are going to be joined by the Bromanz. My lack of interest and enthusiasm fell faster than Jeff Hardy when he was pushed off the ladder last week. Even though it’s a tag match things stay fair for a while. Jeff even takes out three guys by diving over the top rope and using Sting as a platform. That’s when they realise it’s a handicap match and start heeling all over Jeff. EC3 and Spud spent very little time in the ring. EC3 was avoiding Sting and I guess they didn’t have much faith in Spud. EC3 misses a Stinger Splash and that’s when Jeff gets back into it and gets the hot tag and Sting fights off all four guys before EC3 gets a quick and sneaky roll up for the win. EC3 pinned Sting.

Post match Jeff grabs a microphone and apologises to Sting, and says he wanted to be a wrassler because of Sting. Without Sting, there wouldn’t be a Jeff Hardy. That’s who we blame. Dixie has driven him insane and taken away his heart. He’s sick of the politics and the games. Sting grabs the mic from him and begs him not to say what he thinks he’s going to say. Jeff says he wants to stay and fight but the fight’s gone. Damn Jeff has a hairy chest. The match he just had was the last match he had in TNA. He’s going to leave and not come back until the sun shines again. He takes his shirt off and his sleeves, gives Sting a hug, and walks out, taking the show with him. 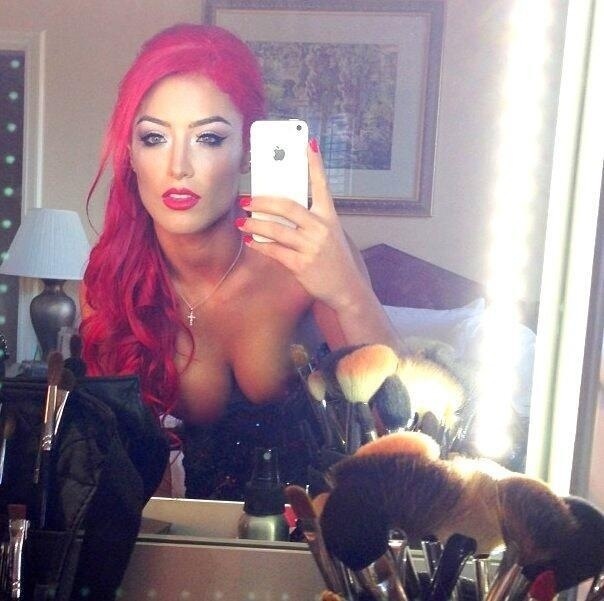 Two very good reasons Eva Marie is still employed. Nothing to do with the show, but it IS to do with TNA.

It was a pretty good show overall. I didn’t see the Jeff thing coming at all. There was no tease and I’ve not heard anything about his contract being up. It’s probably a work but it was still pretty good. I can’t say I like the idea of the wrestlers being so annoyed that they can’t stand the company anymore. The E did the same thing with the walkout angle though and that went pretty well in my opinion. Guess we’ll have to wait and see.