More Impact than you can handle.

The show starts with M.V.P in the ring talking about something. He was about to announce a decision when Magnus interrupts him. Magnus says Abyss has the same contract Alex Riley did. He works for Magnus, and not TNA. MVP can’t make decisions about him. MVP says he’s not going to fire Abyss, but he’s not afraid of him and will kick his ass if need be. MVP tries to appeal to Abyss and offers him a title shot. Abyss can only be in the ring if Magnus is you see. Abyss’s loyalties will be tested when the title is on the line. Next week there’s going to be a three way between Magnus, Abyss, and Joe. Yeah…put Joe in there with the heel and his henchmen on the hope that Abyss will turn his back. 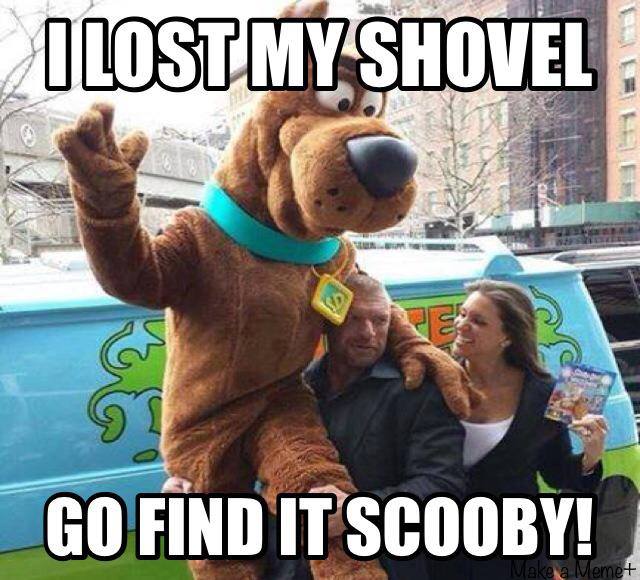 I wonder if it was the creepy theme park owner.

Joe comes out and says he wants a fair chance, basically a one on one match. Joe points out that it would be a handicap match and MVP reiterates his hope that Magnus won’t be able to control Abyss. Joe attacks Magnus and it turns into a four way brawl, and then E.Y ran out and attacked Abyss. They cut to break and come back with all the heels gone. EY wants to take care of Abyss himself and asks to be put in the title match next week. If that happens, he’ll focus solely on Abyss and leave Magnus to Joe. MVP says EY hasn’t heard it and EY cuts a pretty serious promo about everything he’s been through and done. He cares about being entertaining, but he’s also a world class pro wrassler. Joe agrees EY deserves it, but he can’t have it until he, Joe, gets his one on one match. MVP says EY changeed his mind and put him in the match. EY and Joe have a shoving contest and get into a brawl. Joe calls for MVP to make a match between them and MVP agrees.

Bully Ray is backstage with his fire breathing twittah machine. He threatens Bobby Roode with tables. MVP is also backstage and puts the Wolves in a match against Abyss and Magnus.

Rockstar Spud and EC3 have their new roles. They’re hunting for Willow. They find the shitty little cabin he was in during his vignettes. EC3 says they’re there for vengance and tells Spud to keep following him. Spud asks for food as they walk off and the video ends.

I had no idea that Sting was under that mask.

The Wolves vs Magnus and Abyss
Magnus and Richards start things out slow. The Wolves tag team all over Magnus before Abyss tags himself in and takes them both out. Back from break Magnus took apart Edwards. Richards gets the hot tag and Abyss inadvertantly splashes Magnus. The Wolves hit a double team pin but Abyss breaks it up. The Wolves win by making Magnus tap out in a second. Taz covers for him by saying he was being smart. Abyss goes to give Magnus the belt but just keeps walking while holding the belt.

Angelina Love comes out to the ring and calls Velvet out. Apparently she’s not been returning her calls. Velvet joins Love in the ring and asks her why she beat the crap out of Madison last week. Love says she did it for Velvet and says she’d be mediocre without her. She’s lost her edge. Velvet says things have changed, and Love says that Velvet is the only one who’s changed. She left for two years because she was a headache, but she’d rather be blackballed than end someone’s bitch like Velvet. Love has a match with Madison Rayne and tells Velvet she’d better pick a side by the end of it.

There’s a video package about the history of Storm and Gunner. This one covered the beginning of their partnership.

Spud and Ethan are still looking for Willow. Spud doesn’t want to go in the barn, and that goes against Operation Human Shield. Ethan goes in and screams to scare Spud. Spud reluctantly gets in, and Ethan says he can imagine Jeff setting up ladders in there and practicing swantons. Spud gets abducted while Ethan is talking to himself. Ethan calls for Spud and hears Willow laugh.

Another video on Gunner and Storm, this one on the Feast or Fired match, and the match for the case after. 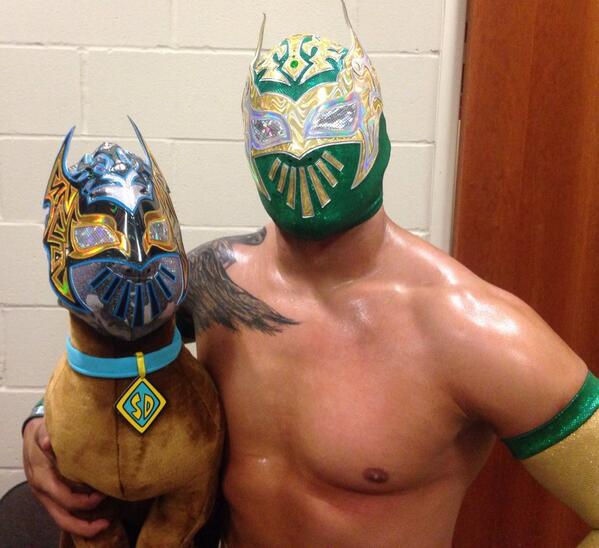 Scooby Doo was alive when Sin Cara got him.

Bully Ray comes out to the ring and Bully actually tweeted about this, saying for every 100 retweets he would put Roode through another table. I think he got about 300. Before Roode comes out, Bully hijacks RA-Impact. A bunch of fans come out the back, all in the same shirt, and set up tables. Bully asks the real crowd if they have enough tables, and says he wishes he had more but he bought all the tables they had. Bully is also now the biggest face because he got rid of Dixie Carter. He says again that Roode would have become another Dixie, and no one needs that.

Bully does some fan interaction about how many tables they want to see Roode put through, and that’s when Roode comes out. Roode isn’t intimidated, and admits that he was blinded by power. It’s cool now though because he remembered he was the longest reigning champion. He also spat in Dixie’s face before it was cool. Fucking hipster. He also tricked Bully Ray. Bully tells him to shut up and fight. Roode says the fight won’t happen and tries to walk out when he’s jumped and destroyed by Bully. Roode fights back but fails to put him through a table. If this was a match I wouldn’t care about how long it was, but because it wasn’t, I felt it dragged. Bully puts his foot through a table because Roode got out the way, then Bully charged through a table. Bully knocked himself out and Roode slithers away while Bully lays there like a drunk sorority girl.

Abyss gives Magnus his belt back backstage and asks Magnus why he tapped. Magnus says he tapped because the title wasn’t on the line, but Abyss is pissed because it counts as a loss. Magnus says he’s going to have to lose next week, and tells Abyss not to let MVP get to him. 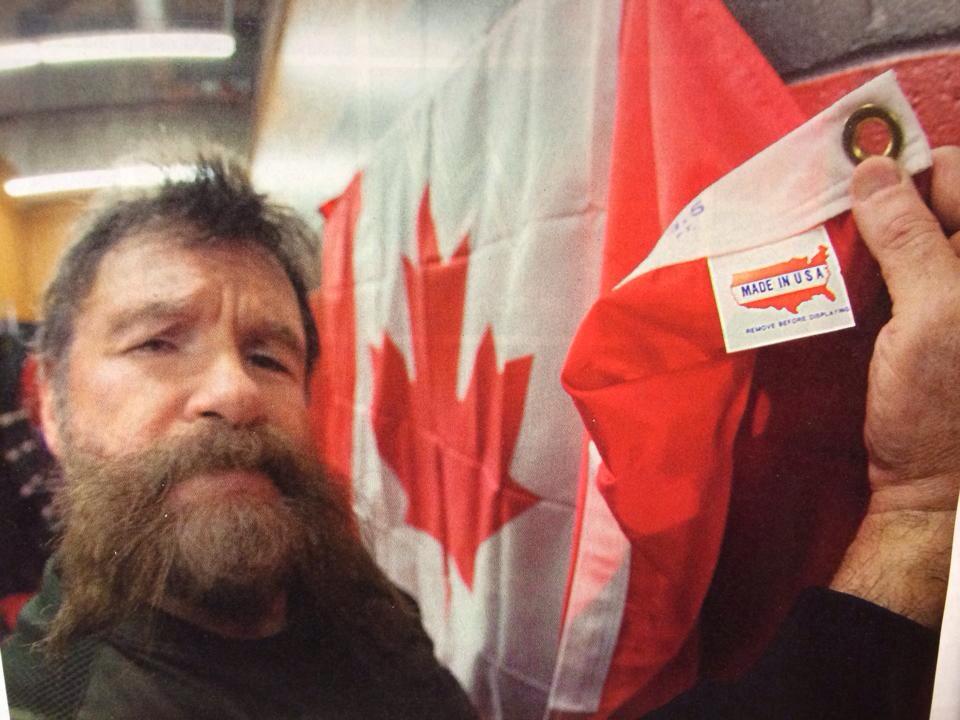 Canadia; Made In the USA

Knux is back in where he lived or something. He’s in an arcade and all the machines were destroyed in a flood. He asks the girl how his dad is, and she argues with him about how he left them. He left them to literally drown. Epic. She tells him he needs to make things right with his dad before they can talk about them. She was wearing shorts that showed more ass than they covered, so I think he was eager to patch things up with his dad.

Angelina Love vs Madison Rayne
I’m sick and tired of this entrance music already. Rayne starts strong and doesn’t let up on the attack. Velvet comes out during the match and cheers on Madison. Love fights back and gets in Velvet’s face for supporting Rayne. Ultimately Velvet attacks Madison outside the ring and sends her in for Love to get the victory, which she does, as she stares lovingly into Velvet’s eyes.

MVP is backstage and Kenny King walks in. I honestly forgot who he was. He asks MVP for a match, and MVP says he can have one next week. 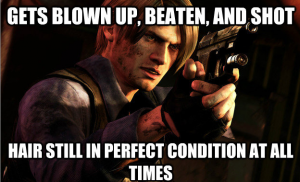 Samoa Joe vs Eric Young
EY takes shit seriously and actually gets in a lot of offense before Joe puts him down. Joe shredrapes EY but he kicks out at two a couple of times. EY gets some offense in, including a scoop slam, but he can’t keep it up for long before Joe puts him back down. EY tries to turn the choke hold into a pin but he passes out and loses. Post match Earl Hebner tells Mini Hebner that Joe’s shoulders were down and he should have counted a pin. I guess that was their attempt to keep Young strong.

Ethan is still hunting for Willow. He finds Spud’s camo and says Spud was right when he said you never leave a man behind. He heads for the house and the camera cuts.

Shaw has gotten a one week suspension for something he did backstage. He walked into the dressing room with Hemme and says he wants one thing from her. She slaps him and he cuts off a lock of her hair. He sniffs it, thanks her for it, and walks off. A one week supsension, for that?! Anyway, next week he’s fighting Anderson in a strait jacket match. Next week’s show looks pretty good actually.

James Storm vs Gunner in an anything goes match
They waste little time and just beat the shit out of eachother, only stopping to set up a table. Storm suplexes Gunner on the ramp and they go back to their brawling. Gunner brings chairs into the match and they end up in the ring at last. Gunner sets up a chair in the corner and they exchange trash can lid shots to the head. Gunner hits a sloppy spear and Storm catapults him into the chair in the corner. Storm goes out the ring to get more weapons and gets speared through the table out there. Gunner sets up two chairs in the ring, one of which was broken, and superplexes Storm through them. It was how he won at Lockdown, but not this time. Storm hits not one, but two superkicks, and only gets a two. Both Gunner and Storm grab beer bottles and Gunner gets his in first. Gunner follows up with something called Hangar 18 and gets the win.

Spear! Spear! I made a Spear gif!

Rather than let that be the end of the show, they had to show the last Willow segment. Ethan calls for Willow and offers to trade Spud for not burning the place down. He finds Spud, and Willow beats the shit out of Ethan with his umbrella before disappearing. Ethan says it’s game on and the show goes off the air.

Decent show really. I got invested in some stuff, and was disappointed by other stuff. Standard TNA fare, 6/10.