I’ve had very little sleep and I’m writing about a show that probably won’t even be on the show this week. I hope I can be lazy.

The opening package reminded me of all the gimmick matches on the show tonight. I think I can possibly be lazy, but I’m less hopeful now.

Bobby Roode and EC3 vs Bully Ray and Willow in a tag tables match
Starting the show with a match? Good move TNA. Bully and Jefflow get on pretty well and make a good team, setting their opponents up for eachother. They even hit the Wassup Spot. The crowd is absolutely insane for this match. I think Hardy shared his drugs. Carteroode got back into things as they slowed down and we got standard match fare. Hardy and Ray helped eachother by moving tables before their partner could be thrown through them. Rockstar Spud rides out to the ring on a wheelchair with a cast on his leg for the distraction and Jefflow actually drop kicks him and carries him off. Dick move. Ray gets tag teamed in the ring. He put up a valiant fight but it ends with a Spinebuster through the table via Bully Roode. That’s what it sounded like Hemme said. Post match Ray gets sent through two more tables.

Kenny King is driven into the show by a security guard on a cart. Yep. He asks someone who his opponent is and he’s informed he doesn’t have one and goes looking for MVP.

That’s just how he rolls

Also backstage is Magnus, who says that he and Abyss are just as good as ever.

MVP is in his office, so go look there Kenny. MVP hypes up the card for tonight. King does find MVP, and says he’ll wait to talk to MVP. What a pusillanimous little bitch.

Samuel Shaw vs Ken Anderson in a Strait Jacket match
Tazz makes jokes about the Mannihemme. THAT WAS A MANNEQUIN OF YOUR COWORKER YOU SICK FUCK. Speaking of sick fucks, Anderson does his stupid self introduction spiel shit. At least he justified the match. Anderson said that Shaw can’t keep his hands to himself, but a strait jacket is a good way to make sure he does. Shaw comes out and says he’s not a creepy bastard, and asks Anderson if he knows what he does with his hands. He creates art, while everyone else does nothing because they’re ordinary. Being ordinary is the worst crime there is, and I agree. Normal people suck. Anyway, Shaw says Hemme loves him and Anderson jumps him before he can say another word. They could have extended the feud by cutting those promos one week and having the match another. By the power of Russo!

Anderson starts strong of course but it ends with Anderson being out in the ring. Shaw gets his arms in the strait jacket but Anderson fights back. Shaw puts the choke hold on to take Anderson out for easy jacketing. It works but Anderson doesn’t stay out long enough, so Shaw chokes him again. Shaw has a little trouble but he gets the jacket locked in. Post match he spoons Anderson. Seriously.

I told you the Anderspoon happened.

The Beautiful People are backstage and no one cares.

EY is asked about his title match. He says it wasn’t supposed to be for the title, but he deserves the spot he’s found himself in.

Seiya Sanada vs Tigre Uno in a best of three for the X Division Title
Wait what? Seriously…WHAT? Could it have killed them to have one segment where Sanada says he respects Tigre for their work together, and offers him a title match out of respect? The booking is terrible with this one. Before the match can start some guy called Kenny King walks out. He says some stuff no one understands, basically saying the X Division needs Kenny King and he 360 splashed his way out of the womb and was out performing Mil Mascaras as a kid. MVP comes out to shut him up. MVP calls him crazy and King acts crazy by saying he’s the biggest star in the ring, including MVP. Earl Hebner is a bigger start than King. He’s probably wrestled more in TNA than King too. MVP asks him to go backstage but King says no. He’s not going anywhere until he main events. MVP says that everyone is booked, and tells him to go backstage again. King tries to challenge MVP to a match. King asks if he can give a bow and does, and MVP eventually accepts the exhibition match challenge.

The match, you remember that, yeah that match finally starts. It’s flippy and fun X-Division. Sanada even did a drop kick after failing to hit a standing moonsault and landing on his feet. Entertaining and high octane, but too much to note down. Sanada wins with a double overhook bridging suplex. Hey, I’m starting to understand the names of moves. This match was shorter than the prematch crap.

Replace Milhouse with Shaw and Nelson with Kennedy.

Magnus is still backstage. Apparently we’re going to see Abyss like we’ve never seen him before.

That new girl Brittany is backstage with Madison Rayne. Subtle lesbianism abounds. She asks to be Rayne’s partner tonight and Rayne says no for her own good. Brittany talks her into it. Tagging, not lesbianism.

Magnus comes out to the ring and calls out Abyss. Abyss comes out dressed as Corporate Kane. Fun. Magnus says that Abyss won’t turn on him tonight because they’re friends, and he treats Abyss like a human. Magnus says that, as a Brit, it’s hard for him to express his feelings, but he manages to do it, and tells Abyss he loves him. He gives Abyss a very creepy one way hug and they leave the ring. EY attacks Abyss as they leave and Magnus saves Abyss and they beat the crap out of Young. Joe comes out for the save and clears the ring. 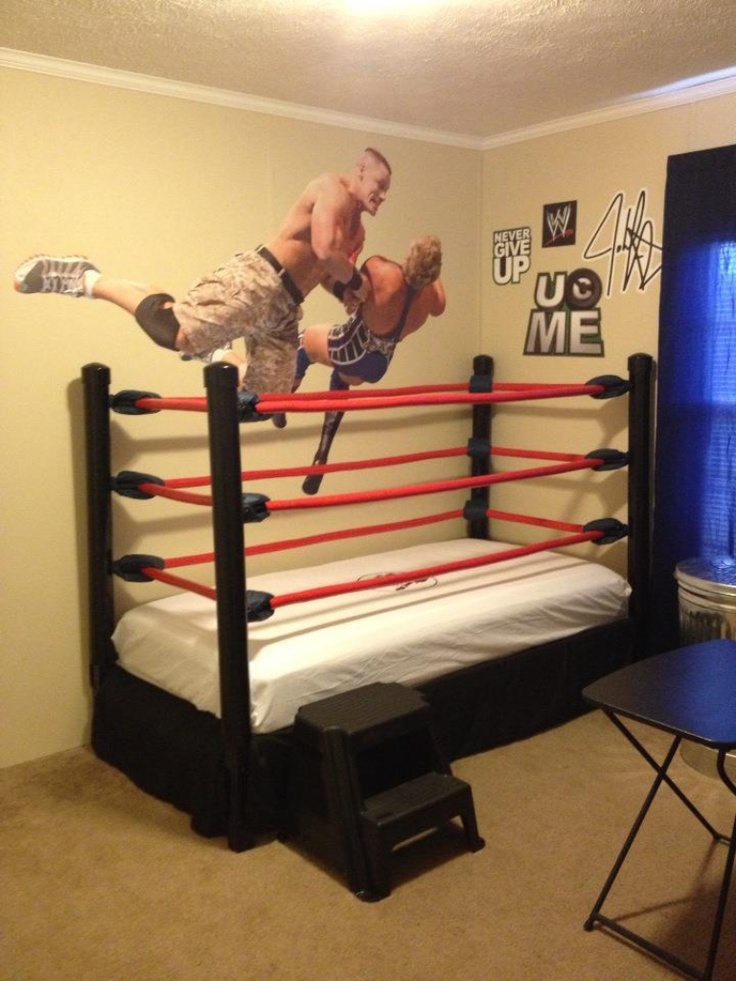 Speaking of Joe, I found ThinksoeJoe’s bed online. Seriously though this is an awesome bed.

MVP and The Wolves are backstage pumping eachother up and Little Robbie comes in the room and says that the other Broman isn’t cleared to compete thanks to a #QuadTear. The Wolves are pissed they don’t have their match, and walk off in a huff.

Knux meets his dad, who needs his help. He agrees to stay for a few days. Pretty much it.

The Beautiful People vs Madison Rayne and Brittany
Why is Mangelina Love in a team called the Beautiful People? I also don’t know how to feel I can tell Brittany and Rayne apart but not the Wolves. Brittany starts things strong until she gets heeled all over. Brittany finally geets a hot tag but doesn’t stay in for long as Brittany just tags herself back in and gets taken out with a double kick for the loss.

Kenny King vs MVP in an exhibition match
This match slow even in double speed. They were mostly supposed to be showing what they could do, rather than going for the win. Submissions, submissions everywhere. Eventually it descends into a full out brawl and the ref declares it a no contest and they get pulled apart by all the refs in the back. Kenny King came out on top of the brawl, so expect more of this down the line. 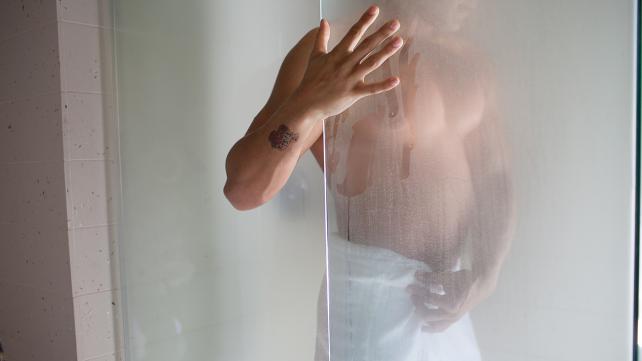 I’m afraid I have some bad news…this is Fandango’s April Fool’s joke.

Magnus meets EC3 backstage and says he’s doing better. Their business relationship has ended but their friendship is still there. He asks EC3 if he’s got his back tonight, and perfection is achieved. These two are just so great together. Ethan says he’s afraid that Abyss will turn against him, and doesn’t give him a definite answer.

MVP and Kenny brawl in the garage. Told you to expect more of this. The Wolves pull them apart and get on MVP’s case for letting his emotions get the best of him.

Magnus vs Abyss vs Eric Young vs Samoa Joe for the World Heavyweight Championship
They split up how you’d expect and keep it like a tornado tag match. EY took out everyone with a suicide dive and focused on Magnus, and Abyss accidentally splashed Magnus. Things went back to normal after that and Abyss obeyed Magnus as he told him to attack Joe. Abyss and Magnus focus on Eric and there’s small dissention as Abyss tries to hit a superplex but Magnus stops him. EY counters Magnus and takes both guys out until Magnus counters. At this point I wonder why Abyss and Magnus didn’t just clear the ring and then have Abyss lie down for the count. Anyway, Joe shredrapes Magnus and Abyss and EY breaks the pin. Joe chokes Magnus, Magnus choked the ref, and then hit a low blow to escape the choke. Abyss hit a Black Hole Slam on EY and could have won the title but listened to his British Overlord and didn’t go for it, instead offering the scraps to Magnus. Magnus wins with the top rope elbow and keeps the belt.

It was a decent show, bordering on good, but it felt like it could have been so much better. Next week isn’t looking better as the show ended with a short promo for a Dixie return. 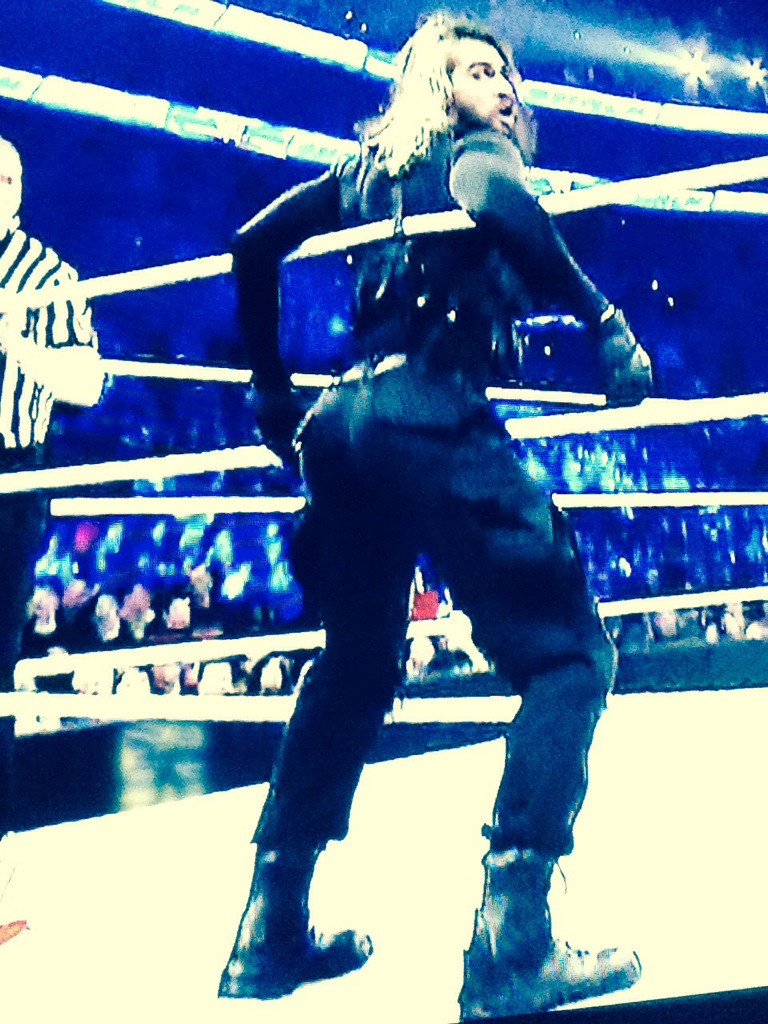