I’m watching at one in the morning, because I put this off as much as possible.

Kurt Angle starts the show and brings out Bobby Roode right away. He says wrestlers all over the world dream of being world champion, and professional wrestling is all he’s got. Pro wrestling is all he thinks about and it’s all he’s wanted to do. He wanted to be the best and being the champ means he is the best. He says he’s proud to share the moment with Kurt Angle and that Angle is the best wrestler ever. He’s proud to be the TNA heavyweight world champion, and that’s when Bobby Lashley’s music hits and he comes out with the full crew.

MVP calls Roode a sorry excuse for a competitor and says the fans are too scared to even look Lashley in the eye. He doesn’t get why they boo Lashley, but cheer Roode after he cheated the system and conspired with a crooked authority figure. He asks who the cheaters really are says Roode knows he can’t beat Lashley without help. MVP then says he’s the one who deserves the title shot because Lashley stepped up because he couldn’t and that with how much MVP was blamed for Roode not being champ, he wants to be the real reason. Angle asks Roode if he accepts and Roode does. Lashley looks pretty pissed at this turn of events and glares at MVP as he walks off.

Low Ki and Joe are in the back. Mini promo about the tag team tournament final. 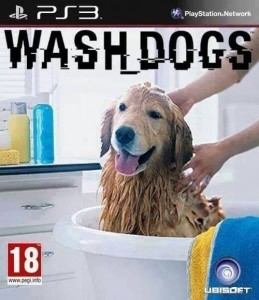 Low Ki and Samoa Joe vs the Hardys
Jeff and Low Ki start things off and split the crowd down the middle. The Hardys control Low Ki until Joe comes in and lays waste. Joe-Ki actually do some good tag team wrestling including double team moves. It’s a good match but I’m pretty tired. Joe takes control of Jeff Hardy as they cut to break. Everything goes to hell when they come back and Low Ki hits the Warriors Way on Matt, but Jeff makes the save. Jeff goes for the Poetry in Motion but Joe grabs him and Low Ki gets a two count on Matt. Matt hits the Twist of Fate, but Joe breaks up the pin and takes out Jeff. Joe reverses the Twist of Fate into the Facelock which Jeff breaks up with the swanton. Pretty cool sequence there. Got my attention at least. Jeff hits the Poetry in Motion and the Swanton, and Matt finishes with a moonsault for the win. Wolves vs Hardys is coming soon.

James Storm is in the back, trying to recruit the Wolf again, and says he has a week to say yes. Roode is in the locker room and talks about how MVP sent him home and he came back and took out every obstacle in his way. He won’t hide from MVP like MVP hid from him. MVP took pro wrestling from him so now he has to die. There was a good line when Roode said he would prove he’s more of an MVP to TNA than MVP will ever be. 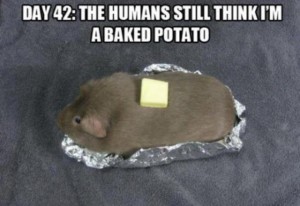 Day 42; The Wrestlers still think we have a TV deal. Oh I feel bad now.

Some Sam Shaw video airs, detailing Gunner saving him and the Shaw betrayal. Shaw comes out to the ring with Brittany doing her best Rebel impression. Shaw says he turned his back on Gunner because Brittany showed him that Gunner thought he was a charity case. Brittany says Gunner was never his friend, and Christy Hemme could never him like she can. They can’t do for him what Brittany can. Brittany licks his face…and makes out with him. The in ring sex celebration is interrupted by Gunner.

Gunner says they’re making him sick and says Shaw was his friend, and that Shaw’s problem was he wanted to be Gunner, rather than just like him. Gunner says that they’re a pair of creepy bastards and Shaw flips, telling him not to call them that. Gunner calls him Sammy and Samantha before calling him a creepy bastard again and they brawl. Gunner chokes Sammy with his shirt, gets fired, and returns a few months later. Brittany jumps on Gunner and Shaw low blows him before taking him out. Brittany hands Sam his gloves and Sam puts them on to choke out Gunner. Gunner drops like a little bitch. Shaw and Brittany go back to making out and leave Gunner’s corpse alone.

My reaction to this segment.

There’s a video package on an Indian wrestler who wants to come into Impact. Good luck with that mate, Impact is on the way out. This guy looked pretty great though so it’ll be a shame if he doesn’t get a chance because TNA fucked up. The video ends with the voiceover saying they’re proud to welcome Mahabali Shera to the roster, so here’s hoping.

Kurt Angle is backstage and MVP comes up to him. He thanks Angle for making it so easy for him and says Angle thinks it’s all about him, but it’s all about MVP.

Bram and Magnus vs Tommy Dreamer and Abyss in a Hardcore Match
Hardcore match. Nuff said. Violence, weapons and EC-Dub chants abound. Don’t forget a healthy dose of cookie sheets and a ring filled with weapons spot. Good match for what it’s worth though. Even if it did shave a few more years off poor Tommy Dreamer’s life. I have no idea how this man is still wrestling. Devon hits one of those super cool triple superplex spots when Bragnus try to double team Dreamer. Devon sets a table up on the outside and Bram goes through it. Magnus takes revenge with a singapore cane. Dreamer sends Magnus into a trashcan in the corner and hits the spike DDT for the win. Oh boy the feud lives on because it has to end with Bragnus winning.

Gail Kim is backstage and cuts a promo about her title match tonight. Then the thing we all want; Rockstar Spud segment. Spud comes out and joins Jeremy Borasch in the ring. His suit has clouds on it today. Awesome. Borasch asks him for his thoughts on the past few weeks and Spud says he doesn’t want anyone to feel sorry for him and admits he was a dick at first. He came to the country with nothing and Dixie took him in. He would have done anything for Dixie and for Ethan, and then Ethan turned into a “complete and utter wanker”. That he did folks. He defends his suits and says he’s not changing for anyone, especially Ethan. Spud says he’s the 99% and calls Ethan a douchebag. I fucking loved this. Borasch says Spud won British Boot Camp because he won everyone over, and it’s happening here now. He says he’s with Spud and pats him on the back, and Ethan Carter’s music hits.

EC3 comes out with Tyrus while the crowd chant “He’s a wanker”. Take it you yanks, and use it well. Ethan says it’s the most pathetic display he’s ever seen and calls the audience losers. Rockstar Spud is the new fearless leader of the losers. He tells Borasch off for participating in this, saying he and Spud owe everything to the Carters. Ethan gives Spud the chance to apologise as he and Tyrus close in. Spud won’t aplogise and he’s taken roughly from behind by Tyrus (COCK TALK!). Ethan demands an apology and Spud says he’s sorry Ethan is a big nosed douchebag. Jeremy puts his hands on EC3 and gets knocked the fuck out, and Spud attacks Ethan and does his best to fight off both Ethan and Tyrus before Eric Young runs out for the save.

Gail Kim vs Havok for the Knockouts Title
Gail tries to jump Havok before the bell and dies. Hard. Harder than Bruce Willis. Havok drags Gail up the ramp by her hair and then throws her off the ramp. The match never starts and technically never ends as the ref throws the X and an army of refs and medics try to resucitate Gail. They cut to break teasing no match, and come back to Borasch about to announce the match won’t take place when Gail grabs the mic and says the match is on. She runs in the ring and dies. Harder than Bruce Willis. Again. 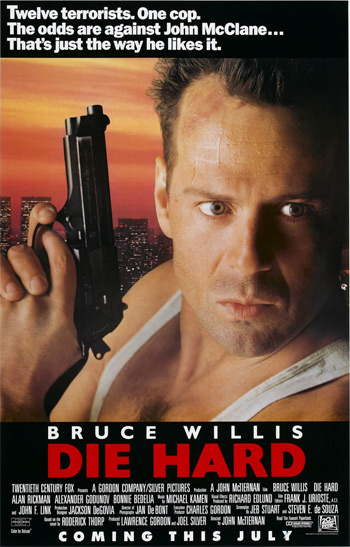 I don’t think I’ve ever actually seen this movie.

Gail gets the occasional hope spot just to get cripped more. She even gets dropped face first on to the steel steps. The ref counts nine and Havok breaks the count to break Gail some more. She throws her back in the ring and tries to finish Gail off. Gail manages to lock in an Octopus submission but Havok drops her and slams her. Kim hits a Cross Body for a two and then Havok gets a two of her own. Gail reverses a Chokeslam into Eat De-feet for a 2. Havok finally manages to hit the Choke Slam for the win, keeping the title. Good match, but I never expected Gail to win so never got into it.

The Indian wrestler from earlier is shown in catering. Manik comes up to him and hugs him, and sits with him. Manik offers him his soda and they have a nice chat with Manik trying to get friendly with him. Lashley is backstage packing his bags and MVP is upset that Lashley is upset. Lashley walks out and leaves MVP on his own.

MVP vs Bobby Roode for the TNA World Heavyweight Championship
They put on a pretty good match but really, what did you expect? The fight spills outside the ring and Roode eats guard rail and steel steps. MVP takes control of the match and gets a 2 count with a bridging suplex. Roode fights back with a Spinebuster and Superplex for a 2. Roode hits the Roode Bomb for the three count. The match was a bit short for my tastes. Post match Lashley runs into the ring and Spears Roode. He passes MVP by and leaves him high and dry in the ring and walks out on his own to end the show. 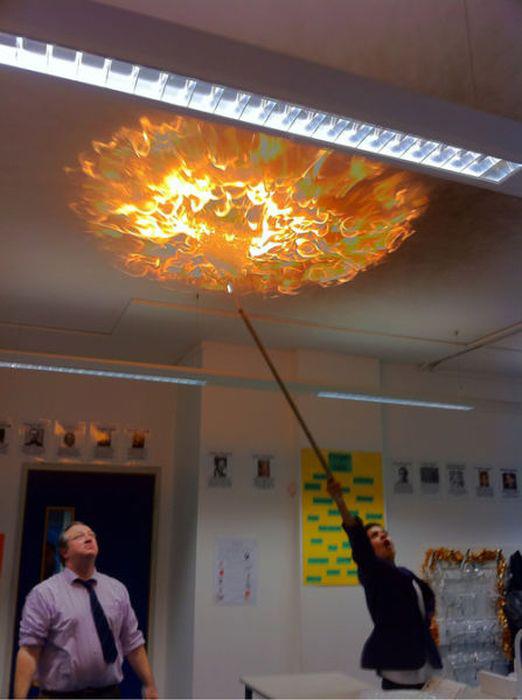 Decent and solid show, it really was, but I’m having a hard time getting into TNA right now knowing the show could be over completely in two weeks.