Joe would kill you, but you got injured.

MVPs crew are backstage looking for Samoa Joe. He however went right out to the ring. He’s pretty bad at hide and seek. He calls out MVP, who also wastes little time coming out. King is the one with the mic, and he complains about people complaining. Joe grabs the mic from him and gets in MVP’s face. MVP says he don’t have time for that, and tells him to just say his piece. Joe calls him a liar and says he’s courrpted absolutely. MVP counters by saying that Joe didn’t do his job when he went home in a temper tantrum. Joe challenges The Crew to a 3 on 1 fight. MVP can’t accept the challenge before Austin Aries comes out. He calls MVP a chicken who will only fight when he can stack the odds in his favour. Joe challenged him to a THREE ON ONE MATCH. The odds were unanimously in MVPs favour. Anyway, MVP says his hands are tied because Joe is in breach of contract somehow. Aries reminds MVP he’s the boss, and MVP sets up a match between Joe and Austin Aries. If Joe wins he becomes a fully contracted TNA superstar again. If Aries loses then he’s done. If Aries wins Joe is done.

Not sure if subtle troll or unintentional irony

Bram is backstage getting changed. Magnus wans him that Willow is more untapped and dangerous than Jeff Hardy, and he became that way when he lost to Magnus. Bram says that’s when he got lazy and complacent. The old Magnus would still be champ. He needs to pull that trigger again, but maybe he won’t.

Bram vs Willow
Bram uses his power to keep Willow grounded. It goes well except for when Willow does his Jeff Hardy impression and gives no fucks. Willow accidentally elbow drops the stairs and Bram grabs the pry bar. Who keeps leaving those things under the ring? Magnus runs out to actually save Willow. He takes the pry bar from Bram and then Russo’s Hardy in the stomach and beats the tar out of him. Bram cheers him on like a proud pappy. 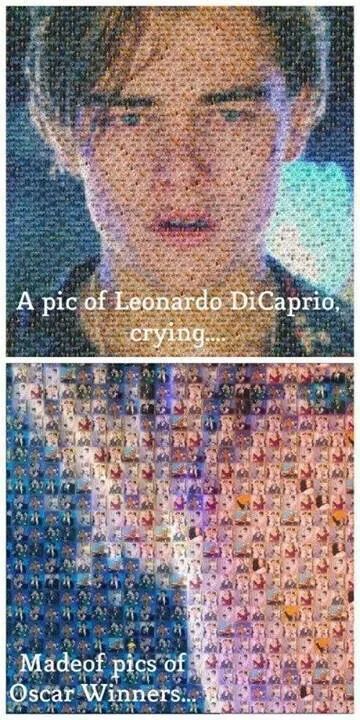 MVP walks into his office and finds the Wolves. They say he’s the sheep in wolves clothing. MVP sets a match up between them. He’ll strip them if they won’t do it.

Ken Anderson was randomly backstage dressed as a cowboy and saying he loves beer.

Eddie Edwards vs Davey Richards
Luckily for me Richards is the injured one. Kenny King watches from the stage. They do a really good job of doing nothing while making it seem like they’re doing a lot. I don’t know why they had a series of nearfalls though. They could have just thrown the match for eachother. King grabs the mic and tells them to stop being pussies and start fighting. They step it up a little but don’t do any real offense. Edwards finally gets the pin but King says it won’t end like that. He whines about the lack of strikes so the Wolves strike him and send him running back to Momma Vontavius Porter.

MVP runs into Dixie backstage. She chastises him for making a contract vs contract match, and MVP says he understands more about wrestling than she does. He tells her to enjoy the main event and walks off. 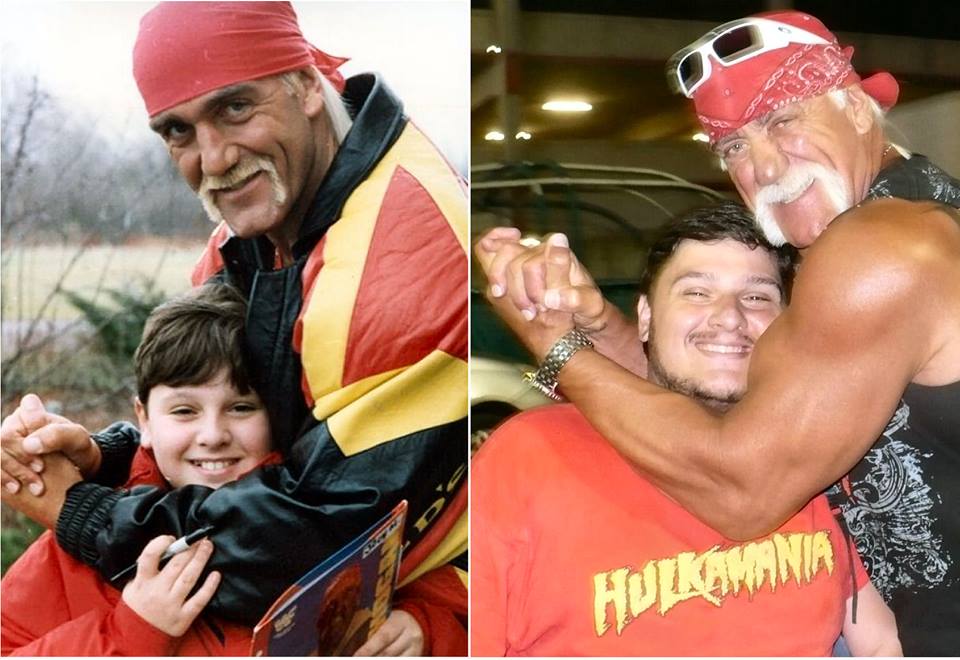 How much rest does the man need?!

Brittany and Madison Rayne are backstage. It’s creepy as Brittany says she’s here for Madison. Madison tells her to do nothing and not get involved.

The Bromans are checking out women on their phones but Robbie E is depressed. The Menagerie scare him. Well, the clown anyway. He was raped by a clown on his third birthday. He wanted a DJ and got a clown instead.

MVP meets Brian Hebner backstage. He tells him to make sure there’s a winner tonight, and to ignore all countouts and shenanigans. Because making it a no-DQ, no countout match would be too difficult I guess. Samoa Joe is also backstage. He’s asked for a comment and says his biggest regret is endorsing MVP. He went home after he saw where MVP would go. Aries walks in and says he was sent home for speaking his mind about MVP. One of them is going home for good and Aries will make sure it’s not him. Joe says he’ll do the same.

The Bromans are in the ring. DJZ introduces them and asks Robbie E what’s wrong. They already had this conversation backstage. Jessie tries to reassure him that it’s all going to be okay and that’s when the Menagerie’s music hits. Oh damn the show is only a third of the way through. Knux says that the Menagerie is just like the Bromans, but they have a woman. Jessie says they could have her if they wanted and Crazy Steve traumatises Robbie. Steve and DJZ have a horn off…that actually happened. The Freak grabs DJZ off his podium and Knux takes out the other two Bromans. The Freak finally throws DJZ down onto his fallen brothers.

This is definitely trolling

Brian Hebner is meeting with Eric Young and Bully Ray. They tell him to do the right thing. Those wrestlers have a family. Brian reminds them he has one, and he’ll do what he has to do. Bully says they’ll do the same. Do the Dew!

Gunner and Sam Shaw are in the asylum playing Fish. Sam doesn’t even bother checking his cards. He asks if Gunner has any fives, and Gunner just picked that card up. Gunner says he wants a drink and Sam directs him to someone called Dave and chastises Gunner for asking if he and Dave also play Fish. The sexual tension was insane.

Austin Aries vs Samoa Joe (loser leaves TNA)
EY and Bully watch backstage as Joe and Aries put on a heck of a match. Bryan Hebner fast counts countouts. The exact opposite of what MVP told him to do. EY runs out to stop Bryan letting someone tap out. Bully comes out too and knocks Bryan Hebner out. EY grabs a mic and tries to justify knocking out an old man. Bully apologises and MVP comes out. Bully says he has a God complex and says he’s ruining TNA. So are a lot of people. Bully says if he wants a fight he can have a four on four match by adding EC3 to the Crew. EY says it should be a first blood match. MVP tries to say no but King accepts the challenge. They’re already teasing dissension. This bodes well for me. 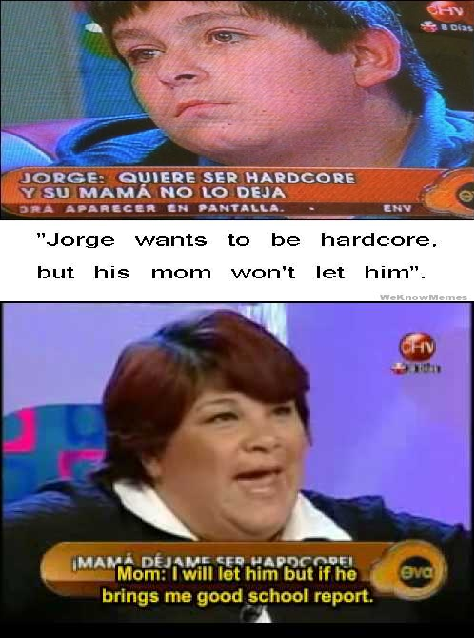 Ken Anderson is still being a dickhead backstage.

Gunner and Sam are still in the asylum. Gunner has Sam’s sketchbook and asks if he can look at the drawings. Sam says okay reluctantly. They’re the best of friends now guys. One of the pictures is his bedroom, an another is his mum. He misses his room and her sweet pie. There’s a picture of him as Christie’s shadow, and a picture of Gunner. Sam says he’s not finished with it and Gunner encourages him to finish it. They’ve got both a lesbian angle AND a gay angle? That’s so progressive.

Madison Rayne vs Angelina Love (KO title)
Velvet distracts Madison and Mangelina takes adavantage. Brittany comes out to stand by her woman and Angelina takes advantage of another Rayne distraction. Velvet sprays Madison in the eyes and Mangelina gets the pin while Brittany watches and walks out on Madison. Hell hath no fury like a woman scorned.

The Crew meet up with EC3 and he tells him to not let them down.

Rayne gets in Brittany’s face backstage for not getting involved. Brittany says she did what she was told and walks off.

Now that Bryan is injured he can go back to doing this.

The Crew plus EC3 vs The Facetastic Four minus Silver Surfer
This is a traditional tag match, which doesn’t make too much sense. A full on brawl would make more sense and have more chance of blood. Bully calls out MVP and they have a test of manliness that Bully wins. Because he has a beard. A beard is just manliness leaking out on to your face. Listen, I’m tired and a first blood match is only worth watching for the last few minutes. So I watched at 1.5x speed. The heels trap EY in their corner and focus on his head to try and open him up. I’m surprised MVP is the one that got injured and EY didn’t get a concussion. EY finally tags Joe in and things go to hell as they always do in a multi man tag match. Bully grabs his chain and punches EC3 in the face to make him bleed. Facetastic Four win. Kind of a flat ending. The camera cuts backstage to the Crew beating the shit out of EC3. Dixie seperates the fight and says MVP crossed the line between business and personal by doing that. Dixie declares war on MVP. Oh damn that was awesome. MVP says that power has never been seized without the spilling of blood, and Dixie tells him to prepare to bleed. Oh that was good.

The show as a whole felt a little lackluster in places though. For the most part it was pretty good. So I’ll give them that.