I’m not up for this.  I tried to pawn it off to another staff member, but nobody took me up on that.  So, here I am, reviewing RAW, again.  Fuck it, let’s go.

I watch 30 minutes of the show, come to work, watch the rest of it, and write about it.  Whether I want to or not, apparently.

First 30:  We kick things off with the video package honoring American veterans on Veterans Day – when the show is in Manchester, UK.  Triple H and Stephanie are on vacation, so Randy Orton thinks he should have the night off.  Brad Maddox disagrees.  So does Kane.  Maddox wants to make Orton vs. Cody Rhodes.  Kane wants Orton vs. Goldust.  Vickie Guerrero says he’ll face both.  So he does.  And he gets himself counted out.  Big Show attacks him, and chokeslams him through the announce table.

During the break, Big Show left to go get a pint.

Fucking Los Matadores.  And fucking El Torito.  And fucking Santino.  They’re facing The Union Jacks.  Which are 3MB dressed in British Flags.  Of course.  Fuck this.

Fucking WWE.  Santino pins Jinder with the Bull Cobra.  It’s the Cobra, but with bull horns.  This is the dumbest fucking thing I’ve ever seen.

Brad Maddox apologizes to Randy Orton, who is getting his shoulder iced, as does Vickie Guerrero.  He tells them both to get lost.  Kane comes in, and Orton says he’s not listening to anybody tonight.  Kane says he better listen to him, because if he keeps mouthing off, Big Show won’t be his only problem.

Sandow is going to win.   That’s my prediction.  And he does with the You’re Welcome.  The end.  NEXT!

Kane and Maddox continue to argue over who is in charge.  Maddox pitches The Real Americans vs. John Cena.  Kane pitches a tag team handicap match.  The Shield vs. Daniel Bryan and CM Punk. 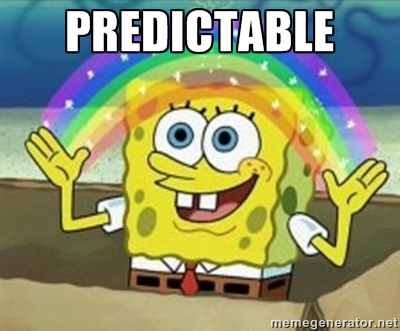 Zack Ryder is sporting a goatee as he pitches WWEShop.

I.  Don’t.  Care.  The Bella will probably win since her stupid fucking TV show came back on the air last night.  FFW.  AJ takes out Brie, Tamina hits the Superfly Splash, and for the first time tonight, I was wrong.  Brie dropkicks both AJ and Tamina after the match.

Orton is still with the trainer when The Shield come in.  Orton is pissed at them because they didn’t save him.  Ambrose says it’s none of Orton’s business where they were.  They say they don’t work for Vickie, Brad Maddox, Kane, and they damn sure don’t work for Orton.

This apparently has something to do with some Total Divas bullshit.  The European fans do it right – they’re humming Fandango’s theme like we did in Jersey throughout the match.  Fandango picks up the win with a rollup.

Colter cuts a promo on England on the way to the ring, ripping on Mr. Bean.  Which means Cena will probably win.  Because it’s John Cena.  Fuck that guy.  The fans are so into this match that they’re chanting for one of the other fans.  Cena wins with the STF on Swagger.  Cesaro attacks Cena after the match, but Cena disposes of him as well, but he can’t stop an incoming Alberto Del Rio (who was on commentary for half the match).  Del Rio locks the chair-assisted cross-armbreaker on Cena until Big E Langston runs out to save Cena. 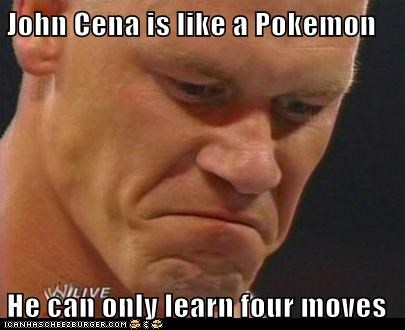 Kane, Maddox, and Vickie are backstage when Alberto Del Rio comes in celebrating what he did.  He says he’ll beat Cena in Boston.  He tells Vickie to tell Big E to stay out of his business.  Vickie says to stick his nose in Big E’s business.  Kane agrees.

Fuck this.  FFW.  Truth wins with a rollup.  (Edit:  It was brought to my attention that R-Truth actually rapped about Ryback on his way to the ring.  It actually wasn’t bad.  I still stand by my “Fuck this.”)

The crowd starts chanting “We are Awesome” during this one.  They’re definitely one of the liveliest crowds WWE has had since the night after WrestleMania.  Del Rio wins with the cross armbreaker.

Paul Heyman is in a wheelchair, a neckbrace, and a leg brace in the middle of the ring with Curtis Axel.  Heyman blames Ryback for Punk getting to him.  He also blames each and every one of you.  Heyman declares that he will return with a vengeance.  CM Punk comes out.  Axel tries to stop him, to no avail.  Punk disposes of Axel with a GTS, dumps Heyman out of his wheelchair, and beats him down with a singapore cane.  Daniel Bryan comes out, and our main event is up next.

Punk drops Reigns with a GTS and locks Ambrose in the Anaconda Vise when the lights go out.  Erick Rowan and Luke Harper of The Wyatt Family are in the ring when they come back on.  Rollins and Ambrose get in their face for interfering in their match.  Harper and Rowan start to battle with Rollins and Ambrose while Reigns and Wyatt battle outside.  It’s The Shield vs. the Wyatts!  Bray Wyatt calms both sides down, saying that they have a common enemy.  The Shield and the Wyatts surround Punk and Bryan.  The Usos and the Rhodes’ come down to help Punk and Bryan.  Looks like we got us a 12 man Survivor Series match, maybe?

Thoughts:  I couldn’t stay awake.  I tried, but I couldn’t.  Not saying the show was boring, but it wasn’t exciting enough for me to stay awake through it.  And next week, RAW goes country.  Oh boy.  Goodnight.