What the fuck did I pay $55 for last night?  I swear, with Batista winning the Royal Rumble and now set to headline WrestleMania, I’m glad the “granddaddy of them all” will be available as part of the WWE Network, because I sure as hell wouldn’t be paying full price for it.  It would probably be another main event like last year, where nobody gives a shit and we all sit around playing card games instead of paying attention to the PPV.  Let’s see if they make up for one of, in my opinion, the worst WWE Pay Per Views of all time.

I watch 30 minutes of this show, then go to work.  Then I watch the rest and write about it so you don’t have to suffer through it yourself.  You’re welcome.

First 30 quick recap:  The Authority brag about how great the Royal Rumble was as the fans shit all over it.  Daniel Bryan comes out to show them what it’s like to be over as fuck.  Triple H brings out The Shield.  Seth Rollins trips over the barricade.  I laugh my ass off and rewind to watch it again in slow motion.  The Shield beat down Bryan.  Sheamus and John Cena come to the rescue.  A six man is set up for later on in the night, with the winning team qualifying in whole for the Elimination Chamber match for the WWE World Heavyweight Championship.

I had to make it myself. I’m no WrasslorMonkey.

The Real Americans take on The Real Mexicans, Sin Cara & Rey Mysterio.  Zeb Colter gets frustrated with Jack Swagger’s performance and slaps him in the face before a commercial break.  Sin Cara avoids a Swagger Bomb, and the incoming Antonio Cesaro off the blind tag to get the hot tag to Mysterio.  Mysterio hits the 619 on Cesaro, but Cesaro avoids a Swanton from Sin Cara, and drops him with the Neutralizer for the victory.

Can we have some decorum please?  Bad News Barrett has bad news for the TV viewers, The Miz and Dolph Ziggler face off in the battle of Cleveland, which is a town inhabited exclusively by losers. 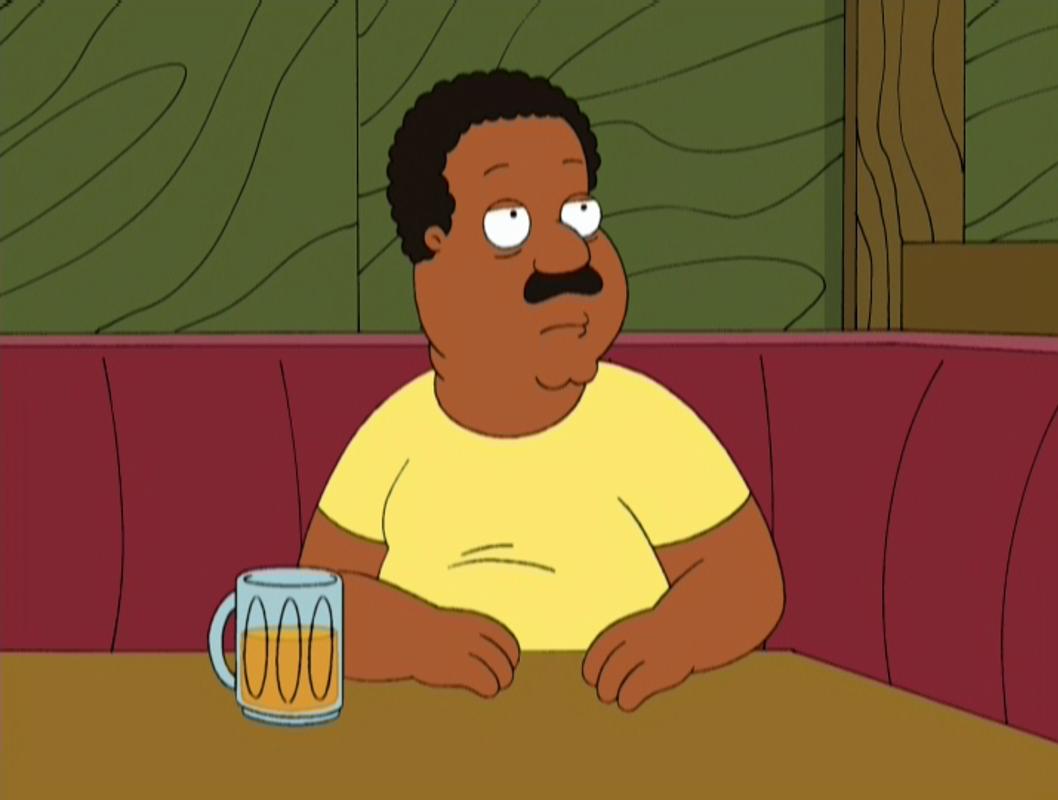 Cleveland is not amused.

Fandango takes on R-Truth with Xavier Woods on commentary.  Fandango was eliminated by El Torito last night, which the announcers put over as embarrassing.  I think I’d be more embarrassed if I were Los Matadores that they decided to put the mascot in the Royal Rumble instead of them.  Truth wins with the Lie Detector. 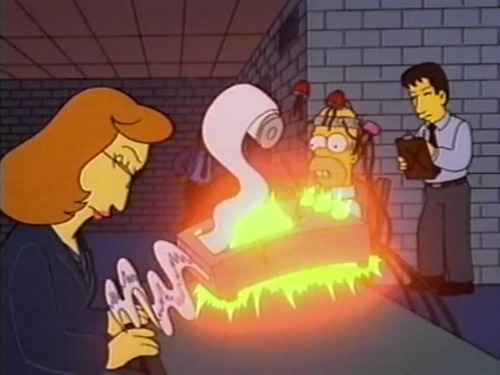 Do you understand? Yes.

Brad Maddox (who one of my friends called a midget the other day) is in the ring to introduce our WWE World Heavyweight Champion, Randy Orton.  Maddox seems too thrilled to be introducing a guy who beat the shit out of him a month or so ago.  “The Champ is here.”  Orton beat Cena again and walked out with his titles in hand.  He doesn’t give a crap how he won, as long as he won.  He wants some respect, he shouldn’t have to fight in the Elimination Chamber.  Batista interrupts.  So much for respect.  Batista doesn’t care who he faces at WrestleMania, he’s going to win anyway.  Brock Lesnar might have something to say about that.  Well, Paul Heyman might anyway, Brock will probably just scream like a little girl.  Heyman offers to make history tonight in Cleveland by offering up Brock Lesnar to challenge Orton for his title.  Heyman says it’s a suggestion.  The other option would be to put Lesnar vs. Batista.  He wants an answer tonight, “or else.”  Or else what? 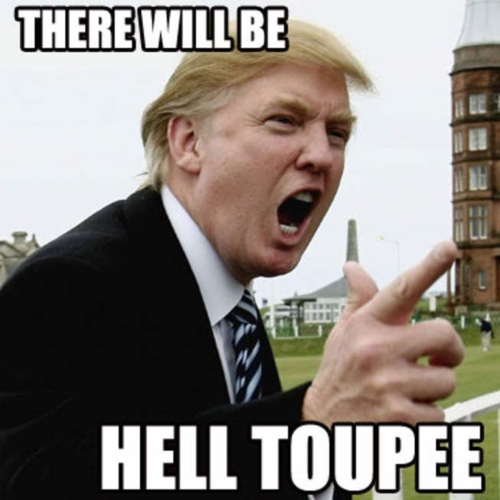 Ziggler vs. Miz, Ziggles is wearing a Cavaliers jersey, and Miz is wearing a Browns jersey.  I almost have to root for The Miz just because Gary Barnidge of the Browns is a friend of ours and a frequent guest on BWF Radio.  But I haven’t been a big fan of The Miz since he lost the WWE Championship, so let’s go Ziggler.  And since I really don’t care either way, FFW!  Ziggler wins with the Zig Zag. 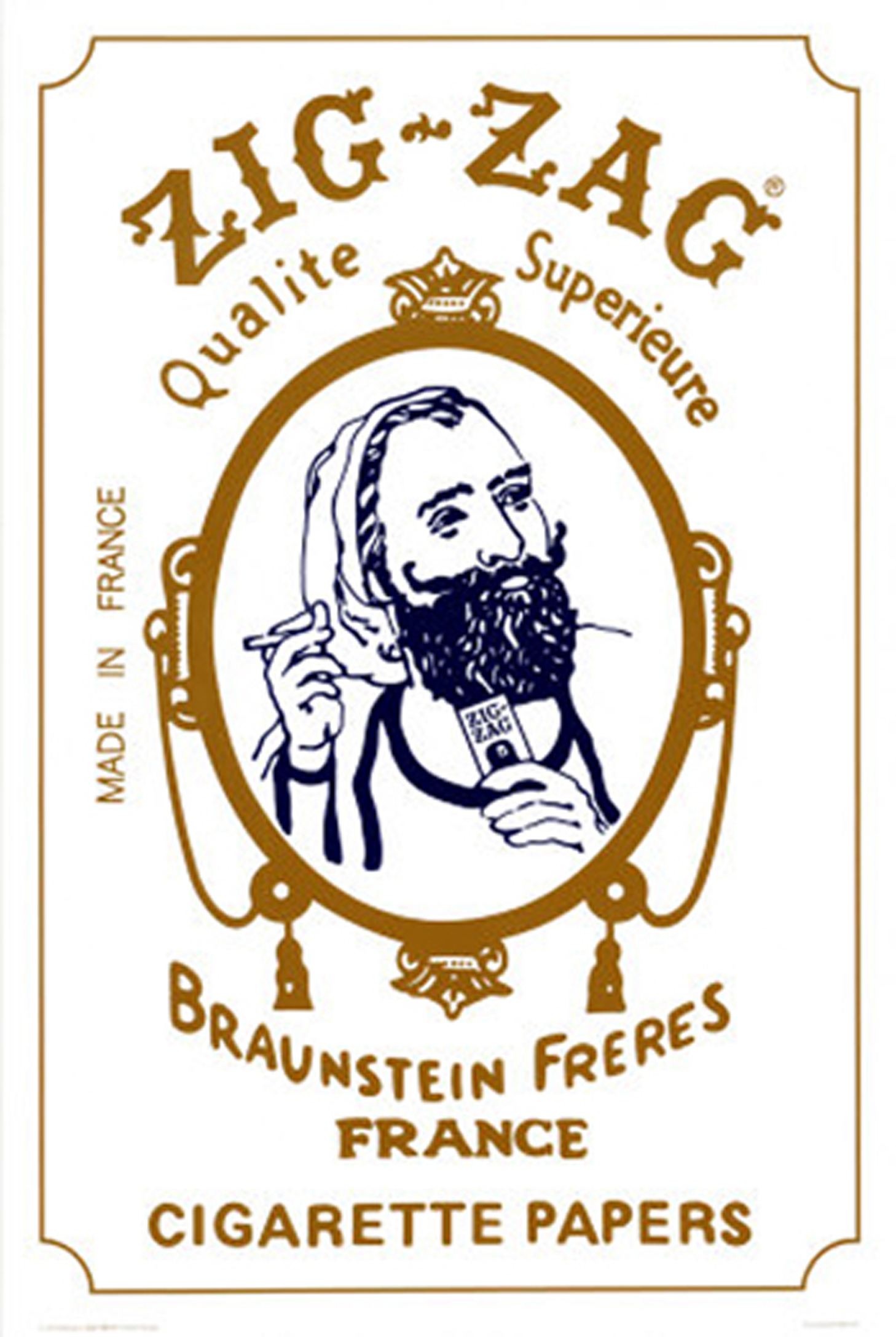 What Jack Swagger thinks when he hears “Zig Zag.”

Ryback and Curtis Axel are in the ring.  The Usos are on the way to the ring.  So I guess it’s Rikishi’s kids against Mr. Perfect’s kid and Goldberg wannabe guy.  I really don’t give a shit.  FFW!  Jimmy Uso pins Ryback after a splash. 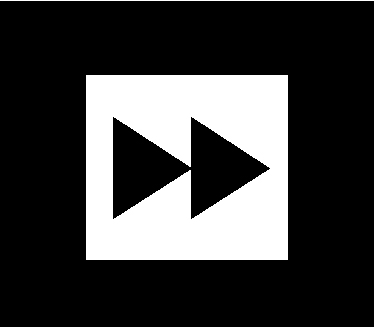 I’m going to wear out this button doing these reviews.

Kofi Kingston, who I assume only still has a job because of his incredible ways of avoiding elimination in the Royal Rumble, is in the ring.  He jumped from the guardrail to the ring last night, which I will certainly admit was impressive.  His opponent is Alberto Del Rio, who isn’t happy with Batista.  I don’t give a shit.  FFW!  The fans apparently don’t give a shit either because they’re cheering Jerry Lawler.  They go to break, and all of a sudden my video gets all fucked up and skips ahead to the WWE Tag Team title match.  My copy of RAW doesn’t give a shit about this match either.  Let’s try this again.  Nope, it fucks up again.  Hmmm…  What to do?  Do I go look up the results elsewhere and put them here?  I guess so!  Take it away, AngryMarks.com!

“Back on the air, Del Rio covers Kofi for two, chinlock, Kofi jaw breakers his way out, sunset flip for two, Del Rio with a German for two, charges, Kofi with an elbow, tornado DDT, dual double palm strikes, dropkick, Del Rio with a chop block, misses a superkick, Kofi with a rollup for two, leaping clothesline, Boom Drop, calls for Trouble in Paradise, misses, Del Rio starts to leave the ring, Kofi pulls him back in, SOS for two as Del Rio gets his foot on the bottom rope, Del Rio with a shove, tilt-a-whirl backbreaker, calls for the cross arm breaker, Kofi reverses into Trouble in Paradise, which also misses, Del Rio hits a back stabber for two, goes up top, Kofi crotches him, superplex, blocked, Del Rio gets Kofi’s legs tangled in the ropes then hits a leaping stomp, superkick for three. 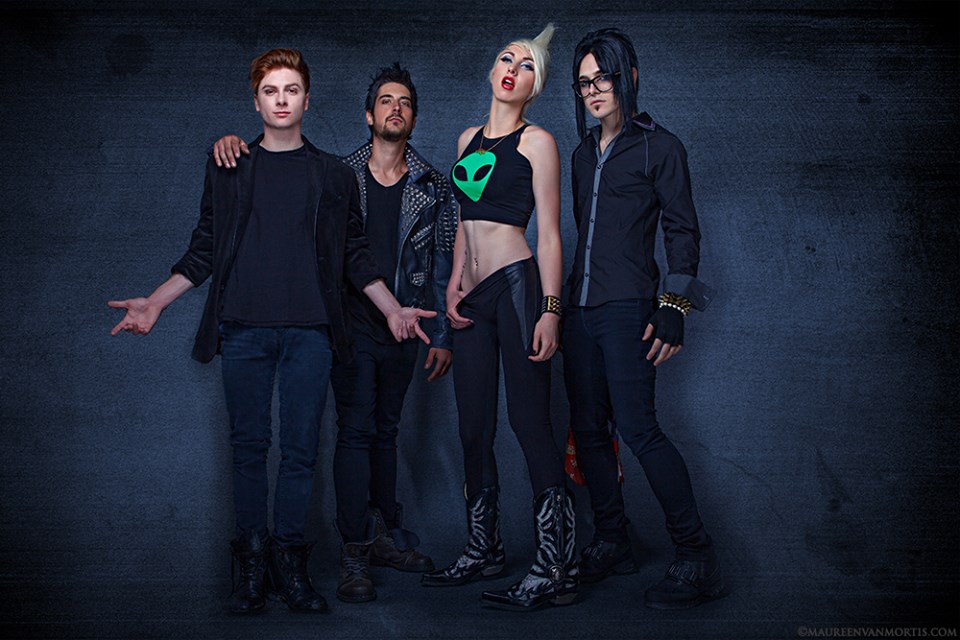 Me picture broken – so here’s Picture Me Broken.

And this is where my video presumably starts working again.  CodeDust are out first for this match.  Oh you didn’t know?  You betta call somebody!  Ladies and gentlemen, boys and girls, children of all ages, D-Generation X proudly bring to you the WWE Tag Team Champions of the World, The New Age Outlaws!  And if you’re not down with that, WE GOT TWO WORDS FOR YA!  Road Dogg says they didn’t become tag team champs because of past relationships, they did it because they’re the best at what they do.  The Brotherhood was good last night, but not good enough.  Contrary to what Michael Cole says on commentary, nobody was upset that JBL was in the Royal Rumble.  We were upset that El Torito was in the Royal Rumble and Daniel Bryan and Jake Roberts weren’t.  Anyways, this is a match where three guys are Attitude Era stars who are almost better now than they were then, and one is a great current generation star in Cody Rhodes.  Road Dogg gets busted open hardway.  Cody starts rolling, but Billy Gunn ducks the Disaster Kick.  Brock Lesnar strolls down to the ring.  The Outlaws bail, and Lesnar drops both Cody and Goldust with F5s.  Paul Heyman says it’s because The Authority decided on choice number 3 – Brock Lesnar vs. Nobody.  This is what happens when Lesnar doesn’t get what he wants.  Lesnar starts to annihilate the former WWE Tag Team Champions with a chair, a la what he did to Big Show last night.  In fact, he breaks one, just like he did last night. 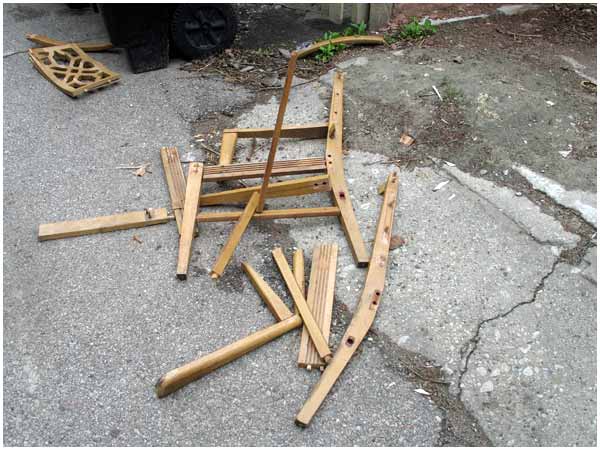 AJ Lee, Tamina, Alicia Fox, and Aksana against the Bellas and the Funkadactyls.  Despite the fact that everybody was chanting “We want Divas” during the WWE World Heavyweight Championship match last night, nobody wants this shit.  FFW!  Naomi beats AJ with the Rear View.  Again. 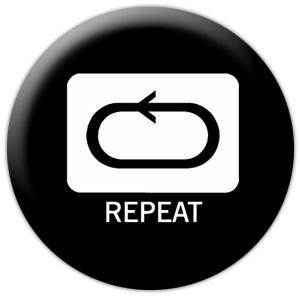 I don’t recall pressing THIS button.

Jerry Lawler gets in the ring to announce the next inductee into the WWE Hall of Fame class of 2014.  It’s JAKE “THE SNAKE” ROBERTS!  It’s about damned time!  And that should make the ceremony interesting, given his recent interactions online with The Ultimate Warrior. 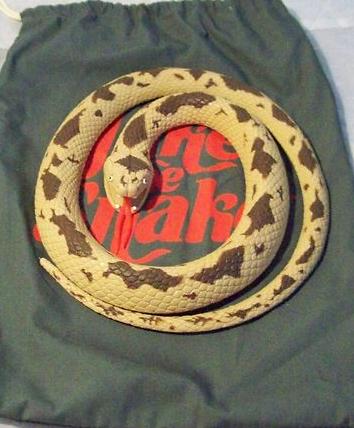 I totally had this as a kid. I kinda wish I still had it, I’d have it hung on the wall of the studio.

Since Cena’s got this neon gear, I think they should put up a graphic of the old neon WWF entrance on the video wall when he comes out.  I might cheer him for once if that were to happen.  So it’s Cena, Sheamus, and Bryan against The Shield.  The winning team will be in the Elimination Chamber for the WWE World Heavyweight Championship.  Rollins doesn’t trip on his way to the ring this time.  Let’s see how long it takes for them to mention that Roman Reigns is the new record holder for eliminations in a single Royal Rumble match.  Took a while but they got there.  He gets the tag in, and the fans chant for him.  Reigns is over!  Sheamus gets a nice little pop when he gets a tag, too.  I’m honestly glad to see him back.  I met him last year, he’s a really good dude.  Of course, neither of them come close to Bryan, the crowd goes nuts whenever he gets tagged in.  At one point, Reigns ironically hits Cena with the Superman Punch.  Sheild keep Cena in their corner for most of the match before he gets the tag to Bryan and wakes everybody up.  Reigns fights his way out of the STF, the lights go out and They Wyatts are assaulting Cena.  The bell rings, which I guess means that Sheamus, Cena, and Bryan are all in the Elimination Chamber match, much to the dismay of The Shield.

Thoughts:  This episode kind of dragged.  It made up a little for last night, since we now know that Bryan is getting his title shot at Elimination Chamber, albeit with 5 other guys.  Should be an interesting Road to WrestleMania.  Stay tuned.  And make sure you tune in to BWFRadio, this Sunday at 2PM Eastern, where our guest will be former NFL player turned pro-wrestler, Moose Ojinnaka!