If you haven’t heard by now, the main event for tonight’s Monday Night RAW was announced last week.  I refuse to watch it.  Which means I’m not reviewing it either.  In fact, there will be no mention of this match in this review.  The participants may be referred to if they do something outside of the match, but that’s it.  If you give a shit about said main event, it’s probably on WWE.com and you can go watch it there.  It’s not even the fact that I don’t care too much for the two guys actually wrestling in the match (though that’s part of it), it’s moreso the fact that this is the match that we were supposed to PAY for in both December and January.  It’s been done.  I’m done with it.  Fuck it.  Let’s go.

I watch this show, and I often find myself questioning why, now moreso than ever.  What really is best for business?  Not listening to the fans?  I hope half the viewers changed the channel during the main event.  Read on.

First 30 Quick Recap:  RAW is dedicated to the memory of Frank Bullock.  Betty White kicks off RAW, saying she’s going to kick some ass tonight.  The Authority say that they’re reconsidering who the face of the WWE is.  Randy Orton says he wants to be the face.  Daniel Bryan comes out and questions why Kane was sent after him.  The Authority tell him Kane has been reprimanded and sent home for the week.  Bryan wants to know who’s evaluating Stephanie and Triple H’s performance.  They tell him he’s got the night off.

The Wyatts face Goldust, Cody Rhodes, and Rey Mysterio.  The commentators talk about how difficult it will be for a referee to control the match between The Shield and The Wyatts at Elimination Chamber.  What I want to know is, why aren’t we putting this match inside the Elimination Chamber?  Six man tag team elimination, War Games style – how awesome would that be?  This is the ideal time to do it.  The predictable “everybody gets a move in” spot happens, and in the end it’s Bray Wyatt with Sister Abigail on Mysterio for the win.  Wyatt says that the tiny little toy soldiers that are The Shield will fall, right in time for his next game to begin. 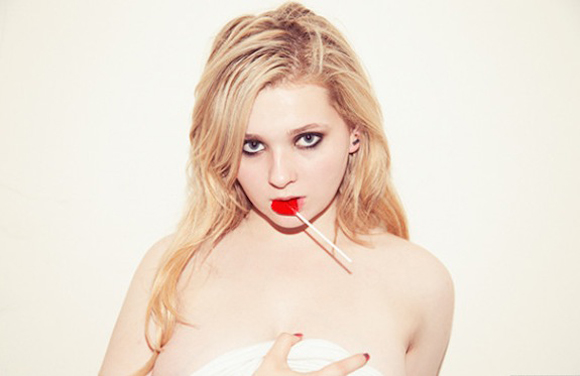 As an investigative journalist, I’ve decided to get to the bottom of who Sister Abigail is. Could it be actress Abigail Breslin?

We get a video package of Roman Reigns’ record setting performance at the Royal Rumble.  Renee Young is with The Shield, asking if they have a response for The Wyatts.  They essentially say they will destroy The Wyatts.  She asks why Dean Ambrose hasn’t defended his United States Championship.  Roman Reigns asks what kind of champion Ambrose wants to be.  Ambrose says he’ll defend against anybody who will step up tonight.

The WWE Deevers are with Betty White, and The New Age Outlaws come in and tell Betty White they won’t let the younger generation pull a prank on her.  They invite her for tea.

Did EVERYBODY do a Wrecking Ball parody?

Santino and Emma make their way out to the ring.  They actually made a pretty formidable mixed tag team on NXT against the same folks they’re feuding with now, Fandango and Summer Rae.  This is a one on one match between Santino and Fandingle.  The fans chant for JBL, The Miz comes out, and complains that he’s not on RAW.  Instead we’ve got Twinkletoes and a guy whose act is older than Betty White.  Fandango wins with the legdrop from the top rope.

Byron Saxton has made his way to the main roster – as a backstage interviewer.  He’s with Sheamus.  Sheamus is teaming with Christian tonight, and he wouldn’t mind having a pint with Christian after the show.  Sheamus won’t take the Elimination Chamber match lightly.  He doesn’t care who is in his way, he’ll kick their teeth in and become the new World Heavyweight Champion. 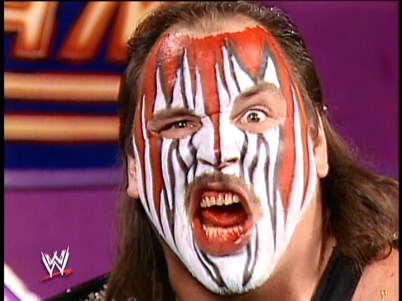 But will he kick their stinkin’ teeth down their throats?

Sheamus and Christiannnnnnnnnnnnnnnnnnnnnnnnnnn…  huh, wha?  Oh, Christian is on.  And he’s got a black eye.  He and Sheamus are wrestling The Real Americans.  So a guy I like teamed with a guy who’s just there taking on two guys I could care less about.  And Zeb doesn’t even have a sign?  FFW!  You know, I wonder who Cesaro was rooting for in the USA vs. Switzerland women’s hockey game in the Olympics earlier today?  Team USA won 9-0.  The fans chant “we the people.”  Very loudly.  Cesaro saves Swagger from the Brogue Kick, Swagger locks the Patriot Lock on Sheamus, Christian takes out both Real Americans, and Sheamus ultimately hits the Brogue Kick on Swagger for the win.

Colin has a much better Brogue than Sheamus. Source: Lisa Simpson

After a bunch of worthless crap highlighting some worthless “talent,” a guy who should be highlighted, Dolph Ziggler, comes out.  He doesn’t even get to the ring before his opponent, Alberto Del Rio’s music hits.  I’m genuinely surprised they let Ziggler keep doing the Famouser after Billy Gunn came back to the active roster.  Del Rio wins with a kick to the face.  After the match, Del Rio puts Ziggler in the cross armbreaker.  Which predictably draws out Batista in a painfully obvious attempt to get Ziggler’s fans to cheer him for saving our guy.  Sorry, it doesn’t work that way anymore.  Batista puts Del Rio through the announce table.

Triple H stops Batista backstage, saying he can’t have him going off like he did on Del Rio.  Triple H is trying to fit Batista in to what’s best for business.  Batista says Del Rio is his business.  Triple H says it’s Batista vs. Del Rio at Elimination Chamber.  Didn’t see that one coming.  HashTagPredictable.

The latest inductee into the WWE Hall of Fame Class of 2014 is my all time favorite WWE Diva, LITA!

Betty White is having tea with the Outlaws.  It’s Road Dogg’s own blend.  He puts something in it while Billy is showing off his title.  Betty is too quick for them, asking for lemons and switching cups with Billy while their backs are turned. 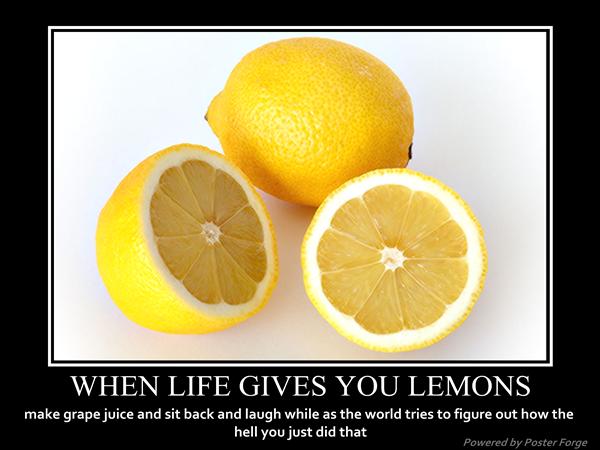 It’s quite easy, actually. But if you don’t know, I’m not going to tell you.

Oh boy, Rybaxel.  The Outlaws are joining in on commentator.  Billy isn’t feeling too well.  Ryback and Curtis Axel are facing the Usos.  If it wasn’t for the curiosity of what’s going on with Billy Gunn, I’d fast forward.  Billy keeps clutching at his stomach.  The fans chant for Randy Savage when Axel is in the ring, and Goldberg when Ryback tags in.  Road Dogg is gold on commentary.  Usos get in a pretty cool spot where Jimmy tags Jey as he’s flying over the top rope on a suicide dive on Ryback.  Jey hits the top rope splash on Axel for the victory.  The Outlaws get up to confront the Usos, and Billy runs out of the arena clutching his ass.  Apparently that was a laxative Road Dogg put in the tea.

The United States Championship is on the line!  Dean Ambrose will face anybody who will accept his open challenge.  I bet it’s Roman Reigns.  Nope – it’s The World’s Strongest Rick Ross Impersonator, Mark Henry!  The look on Ambrose’s face is priceless.  Championship introductions for this one, which I love.  Makes it feel special.  Roman Reigns and Seth Rollins shout words of encouragement to Ambrose.  It’s all Henry until Ambrose attacks his injured arm.  And then it’s still mostly Henry.  After a break, it’s all CM Punk, at least according to the crowd who are chanting his name.  In reality, Ambrose is in control.  Ambrose goes for his finisher, but Henry shoves him off and gets him with the World’s Strongest Slam, but Reigns and Rollins jump in for the save, giving Henry the win, but not the title.  Henry fights them off on the outside, but Reigns takes him out with the spear.  The Shield, on the surface, appear to be on the same page two weeks before Elimination Chamber.  As The Shield are leaving, the lights go out and the Wyatts make their way to the ring.  The Shield aren’t backing down.  They’re on one side of the ring, the Wyatts on the other.  This is intense.  The Shield get up on the apron.  The Wyatts get up on the apron.  Reigns enters.  Wyatt feigns entering – but calls The Family off.  The Shield stand together in the ring as the Wyatts back up the ramp, never taking their eyes off of their Elimination Chamber opponents, daring them to make a move.

Kinda like this. But in a wrestling ring. And with more guys.

Six Diva Tag Clusterfuck – it’s AJ, Aksana, and Alicia Fox with Tamina Snuka against The Bellas and Cameron with Eva Marie in their corner.  Naomi is still recovering from the knee to the face Aksana delivered to her last week.  I hope Aksana drops knees on all the Total Deevers faces.  Cameron wins with what she calls the “Girl Bye” on Aksana.  It’s a fucking DDT.  It’s not “Girl Bye.”  It’s a DDT.  I hope Jake Roberts drops you on your fucking head you twit.

Let the master show you how it’s done

Heh.  Kane is here.  He’s supposed to be on administrative leave.  He accepts that punishment and says he acted on his on volition last week.  Daniel Bryan doesn’t give a crap, he charges to the ring and attacks the WWE DOO.  Kane fights back.  Bryan avoids the chokeslam, sends Kane to the floor, hits a suicide dive, and tees off on the big red corporate monster.  Kane escapes through the crowd as Bryan leads the Staples Center in a YES chant.  #YESMovement.

And as far as I’m concerned, that’s the end of the show.

Thoughts:  Everything with The Shield tonight was great.  Everything else was predictable.  Maybe hire some new writers?  Oh well.  See you Sunday for Bored Wrestling Fan Radio!