Varying degrees of success have been reported by friends of mine attempting to access the WWE Network.  BWF Radio PPV panelist Gary Barnidge of the Cleveland Browns reports that he couldn’t sign up at all.  Our own JT had difficulty registering as well and can’t seem to access any of the content.  The same holds true for our buddy Cassidy from Cheap-Heat as well as my cousin Steve.  My good friend Scott chimed in to report that he was having no issues whatsoever accessing the WWE Network via his PS4, though the same can’t be said for me with my Xbox 360.  Hell, as I type this, I’m having difficulty trying to access a video on the service via my tablet.  So, a rough launch for the WWE Network.  I did, however, catch the RAW pre-show with Alex Riley, Booker T, and Ric Flair, so at least the live streaming works.  But we’re not here to talk about the issues with the WWE Network, we’re here to talk about Monday Night RAW!

I did this a little differently tonight.  I actually decided to drive to work, so I managed to catch the first couple hours of the show.  But there are things I want to go over, so I’m going to watch some of it again as I review.  So, let’s go!

I don’t wanna do this, I wanna watch the WWE Network.  I know it works with Internet Explorer on PCs!  Oh well. 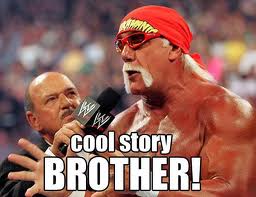 It’s an Elimination Chamber rematch as Bootista takes on Alberto Del Rio.  Del Rio dominates, much like he did last night, and the fans shit all over it, like they did last night.  Randall Keith Orton comes out, and Del Rio rolls up Batista for the victory.  The fans boo, Orton cuts a promo pointing out that fact, and Batista says he doesn’t really give a shit. 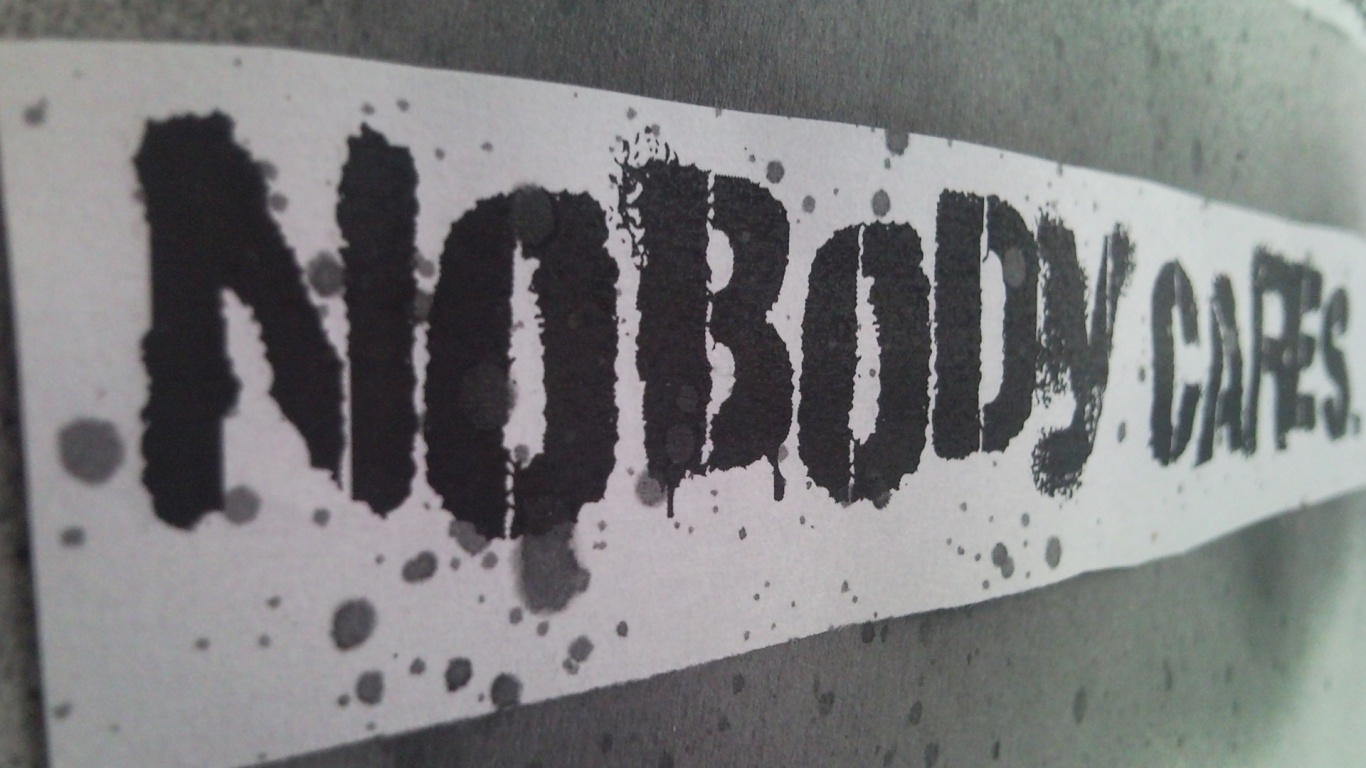 Promotional image for the main event of WrestleMania. It’s been used for the past three years.

Big E takes on Cesaro in a battle of guys who have lost names in the past month.  The word about Cesaro was that Vince McMahon felt as though “Antonio” didn’t sound very tough.  Look, this is a dude that regularly swings around 300 pound guys by the legs before uppercutting their teeth out.  His name could be Mary for all I give a shit, he’s still a guy I wouldn’t want to pick a fight with.  It’s actually a really good match, but it ends with Jack Swagger jumping in the ring and locking Big E in the Patriot Lock, causing the disqualification.  Cesaro, who was insanely impressive in this match, looks at Swagger with disdain, then drops Big E with a sick looking Neutralizer, which looked to me like Big E took wrong and got dropped on his head. 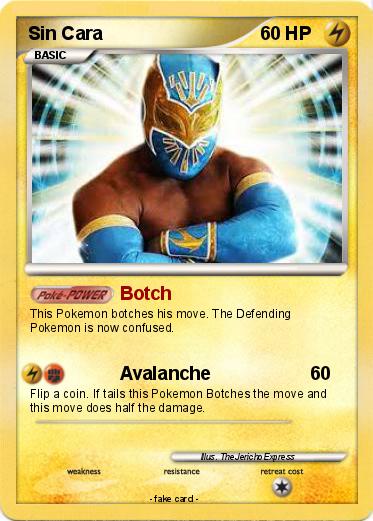 It’s ok. If Big E is hurt from that botch, Hunico can fill in for him.

John Cena calls out the Wyatt Family, since they cost him the WWE World Heavyweight Championship at Elimination Chamber.  The Wyatts arrive, and Bray introduces himself to Cena, and calls Cena a liar.  Cena invites the family to join him in the ring.  They oblige.  Cena appears to legit injure his leg during this segment.  The fact that it doesn’t end with Sister Abigail and The Wyatts came out on top of the fight would indicate something happened, I think.  The fact that after the break they showed Cena being stretchered out adds to my belief that he was legit hurt.  David Fuller agrees with me.

@thinksojoe Yeah too early for a face stretcher angle, in the program. Its legit

Sheamus takes on Christian.  The crowd is dead, Twitter is only talking about the skin and hair color of these two guys, and Sheamus winds up winning.  I think.  I don’t give a shit.  This match really dragged the show down. 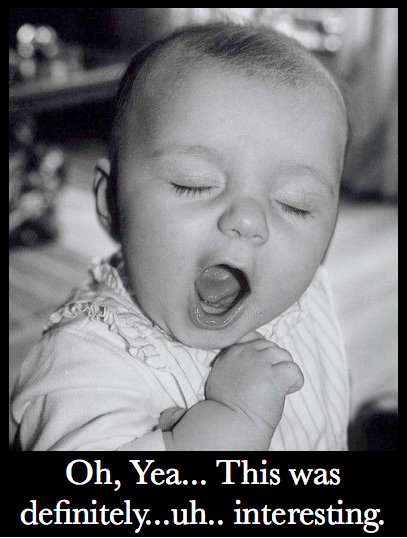 During a break on the WWE App (yes, we’re still doing that), Daniel Bryan confronted Triple H and demanded to face him at WrestleMania.  Triple H says it’s not going to happen, but he’ll try to find Bryan a spot on the card.

The Shield questions Dean Ambrose on his whereabouts during the end of the match against the Wyatts last night.  Ambrose walks out, the Wyatt Family walk in.  Reigns challenges Wyatt to a match with none of their respective crew at ringside.  Wyatt calls him an interesting creature and accepts.

Bryan takes on Kane, based on the fact that Kane cost Bryan the WWE World Heavyweight Championship last night.  Bryan wins with the MTBJC, then calls Triple H a coward, before leading the crowd in a “YES” chant.

Daniel Bryan in his tshirt and hoodie from the earlier segment looked like a homeless college kid you might let touch you after a few shots.

We get another Lana and Alexander Rusev vignette.  Meanwhile, Fandango and Summer Rae are in the ring dancing.  Emma’s music hits, and she heads to the ring accompanied by Santino, as she has her first match on the main roster.  Emma, for what it’s worth, has her match for the NXT Women’s Championship against the Anti-Diva, Paige, this Thursday on NXT ArRIVAL on the WWE Network.  Summer trash talks Santino as she beats down Emma.  Emma winds up picking up the victory with the Emma Lock.

This GIF is for you, Jorge!

The Outlaws and the Usos have a rematch from last night – but it’s a non-title match.  Before Road Dogg can finish his shtick, the Usos boot him in the face, and they take the victory very, very quickly. 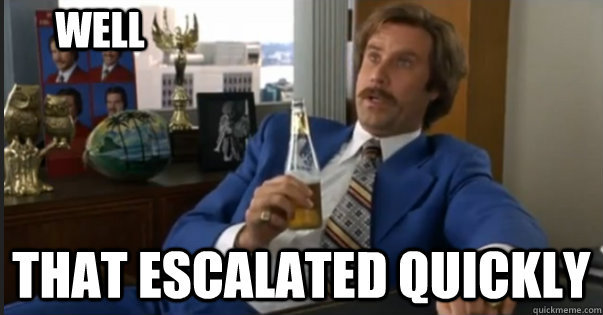 Roman Reigns takes on Bray Wyatt.  It’s one on one – Reigns came without The Shield, Wyatt without the Family.  The fans in Green Bay chant “Husky Harris” as Bray controls the early going.  As I watch this, an early episode of ECW Hardcore TV is airing on the WWE Network.  How early?  It’s EASTERN Championship Wrestling.  The Public Enemy are facing a couple of jobbers.  Wyatt gets in trouble in this match, and the Family show up at ringside – but Seth Rollins comes in to take both of them out with a plancha over the top rope.  Wyatt tries to pick up the victory off the distraction but only gets two.  Rowan and Harper attack Rollins on the outside – but Ambrose comes through for the save!  Then all hell breaks loose, and Ambrose costs Reigns the match, apparently, by attacking Bray Wyatt.  The melee ends with The Shield standing tall, apparently united, in the center of the ring.

Backstage, Paul Heyman is begging Brock Lesnar to be professional, meaning he can’t tear anything or anybody apart. 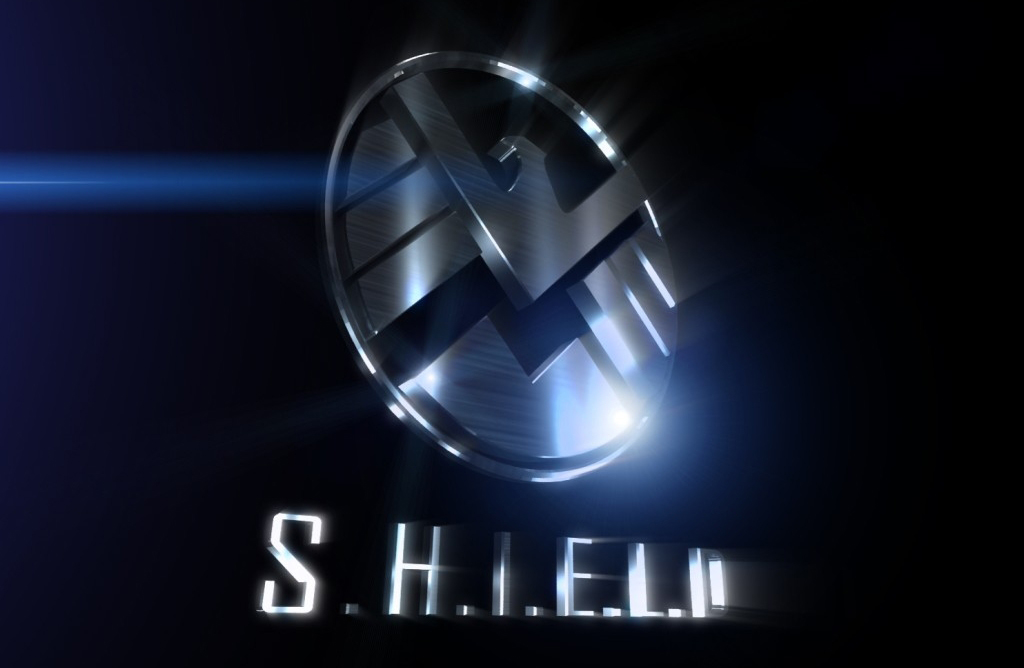 Heyman says that Lesnar should be main eventing WrestleMania – and holy shit I’m watching Sabu vs. The Tasmaniac on ECW Hardcore TV on the WWE Network at the same time!  Heyman says it’s become woefully apparent that Orton and Batista should get their match out of the way with the winner facing Lesnar at WrestleMania.  The Authority have offered Lesnar an open contract for WrestleMania – which means he can fight anybody he wants, which is a mere consolation prize for Lesnar not getting his title shot.  Lesnar has conquered all of his goals, but he can’t conquer the goal of winning the WWE World Heavyweight Championship at WrestleMania.  He wants to make history.  Heyman says no thank you to the open contract.  Heyman says Lesnar should have a shot at making history, or he won’t be at WrestleMania.

The lights go out, and Lesnar is greeted with the bone chilling entrance of The Undertaker.  Undertaker is rocking his Ministry of Darkness goatee.  Awesome!  Taker gets in the ring and stares down Lesnar as the fans chant his name.  Undertaker looks up at the WrestleMania sign, then back at Lesnar.  Lesnar nods, and asks Heyman for the contract.  Lesnar signs, then hands the pen to The Undertaker, shoving it into his chest.  Lesnar holds the contract for Undertaker – who stabs him in the hand with the pen, then chokeslams him through the table.  Taker glances at the WrestleMania sign as the crowd chants “holy shit.”  It’s Undertaker vs. Lesnar at WrestleMania!

Thoughts:  Pretty solid episode of RAW.  The Christian/Sheamus match pretty much dragged down an otherwise great show.  Undertaker emphatically accepting Lesnar’s challenge was a great finish to a decent night.  Wondering what the prognosis is for Cena heading in to WrestleMania.  I honestly don’t believe that Cena would have done a stretcher job if he weren’t legit hurt.  If he’s hurt, there’s always The Shield to face off with the Wyatts again, especially after what happened in the Reigns/Wyatt match tonight.  FWIW, I would have recapped the post show, but I’m enjoying this episode of ECW, which features a cage match between Terry Funk and Jimmy Snuka, with Paul E. Dangerously and Joey Styles on commentary.  Sunday at 2PM Eastern, join us on BWFRadio.com when we have the legendary Black Bart, courtesy of IHWE Wrestling!