Well.  We can pretty much assume that CM Punk will not be on RAW this week.  Will his absence leave a noticeable mark on the show?  I guess there’s only one way to find out.  Go watch it, you lazy bastards.  What?  It’s my job to write about this show and tell you these things so you don’t have to watch it yourselves?  Alright fine.  Let’s go.

I watch this show so you don’t have to suffer through it.  That’s because I think you’re awesome.  Unless you’re Richard Sherman.  How much shit are you talking with an injured leg?  Guess you’re limping to DisneyWorld, huh bitch?

First 30 Quick Recap:  Randy Orton is upset with having to face five other guys in the Elimination Chamber.  Triple H says to suck it up or they might have to find another face of the WWE.  Maybe it will be Daniel Bryan, who faces Orton tonight.  Triple H even starts a “YES” chant.  The other four guys in the Chamber will each face Orton individually over the next three weeks as well.  The Shield face Rey Mysterio, Big E Langston, and Kofi Kingston.  Just as Roman Reigns looks to spear Langston, Ambrose tags himself in, hits his finisher, and pins the Intercontinental Champion.  Seth Rollins makes sure cooler heads prevail among The Shield, telling them that they won, and that’s all that matters.  The Wyatt Family cut a promo, with Bray Wyatt saying that The Shield are pawns, preparing to sacrifice themselves for their king.  Luke Harper says what they need to understand is that Bray Wyatt has been their king all along.  Erick Rowan advises that they run.

The above tweet is shown.  Which makes me die a little inside.  Speaking of bad news, Bad News Barrett says the Super Bowl was the most watched television event in US history, but for all of us who were watching, he’s got some bad news.  We spent the entire game clogging our arteries, that most of us won’t survive until next year’s game.  Jerry Lawler interrupts him.  He’s got some bad news for him.  Hopefully, next week Barrett won’t be around.  Then we get a promo for WWE Countdown on the WWE Network.  And then more bad news, for me anyway – Christian is in action after the break.

Apparently, this is a comedy metal band from a show called “The Comic Strip Presents”

Christian is taking on Jack Swagger.  If it wasn’t for the Real Americans dissension storyline, I’d fast forward this shit.  Christian bores the shit out of me.  “A blue dot would look better than Christian’s face” says JBL.  Which is funny – because that almost happened.  Christian wins with a sunset flip.  Colter berates Swagger after the match.

The New Age Outlaws are, guess what, out first for their title defense.  Because tradition.  Code-Dust follow, and we’ve got a tag team title steel cage match – but in this case, escape means jack shit.  You must pin your opponent or make them submit.  Betty White is the guest star for RAW next week.  She’s hilarious, that should be fun!  This match actually gets championship introductions.  It used to be that we’d only see those in WWE or World Heavyweight Championship matches.  Good to see that trickle down, makes the matches feel more special.  So BG James and Black Reign start things off in this one, but BJ doesn’t feel comfortable wrestling in the cage, so he tags in Kip James.  Remember when Bullet Bob Armstrong had an arm wrestling match with Konnan inside a steel cage at Lockdown?  Wasn’t that the most ridiculous thing ever?  The fans start chanting for CM Punk.  Can’t silence them – they want what they want.  What they don’t get – and what I’m starting to accept – is that it’s CM Punk who walked out on WWE, they didn’t get rid of him.  Heck of a match between two great teams.  Rhodes moonsaults Road Dogg off the top of the cage, but gets a Fameasser from Billy Gunn, and the Outlaws retain.

That’s a little Over The Top, don’t you think?

Holy crap!  Zack Ryder is on RAW!  He’s here to job to the newly heel Titus O’Neil.  Interestingly enough, they don’t gray out the blood in the highlight of Titus turning on Darren Young last Friday.  The Miz comes out and jumps on commentary, complaining that these two get time on RAW instead of him.  It almost echoes the CM Punk walkout – and the fans start chanting for Punk.  Needless to say, Ryder doesn’t stand a chance here and for all intents and purposes, gets squashed.

Thanks to BWF Award winners Kayfabe News for this one!

Fandango and Summer Rae make their way out to the ring, apparently for some sort of competition, but first, WWE honors black history month, by honoring “The Big Cat” Ernie Ladd.  Meanwhile, Fandango and Summer Rae are still dancing in the ring, preparing for a dance off…  Against Santino!  Santino says Fandingle doesn’t want to have a dance off with him, because he just learned three new moves that will blow you away.  Santino says instead, we have a dance off between “Summer Day” and a member of the audience.  He choo-choo-chooses Emma.  Nice Simpsons reference, Santino!  Summer does a short dance, and Emma does her dance from NXT.  Santino polls the audience, and Emma wins.

We get a preview of Legends House on the WWE Network (which isn’t coming on until April, which they don’t tell you here). 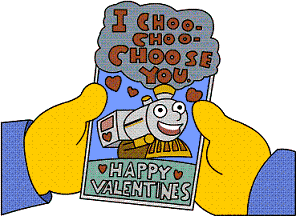 Sheamus is set to take on Curtis Axel, who is accompanied by Ryback.  This outta be terrible.  And not because of Sheamus.  The fans chant for Goldberg, who ain’t coming.  Give it up.  And CM Punk probably isn’t coming back either, as much as I’d hate to say it.  By the way, RAW is in Omaha this week, but no mention of Peyton Manning’s infamous use of the City’s name in his snap count.  I digress.  It’s late, I’m bored.  FFW.  Sheamus wins with the Brogue Kick.  HashTagPredictable. 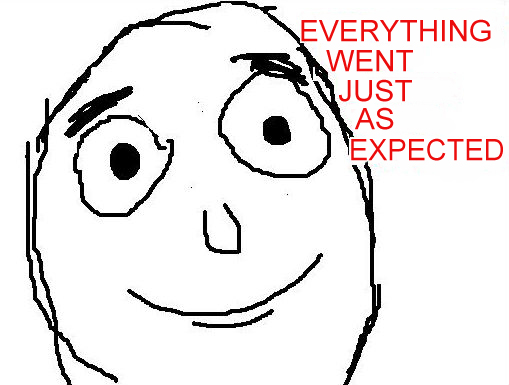 And the boredom just keeps on coming.  Batista is here to talk.  Whoopity Doo.  Before he can even get a word out, he’s interrupted by Alberto Del Rio.  Del Rio wants to talk about unfinished business.  Batista says he doesn’t have an issue with Del Rio.  While Batista was on his couch waiting for his agent to call, Del Rio was here every day working and winning titles.  Batista tries to reiterate that he has no issue with Del Rio, but Del Rio blasts him in the face with his microphone and stomps him.  Of course Batista has to make his comeback and chase off Del Rio. 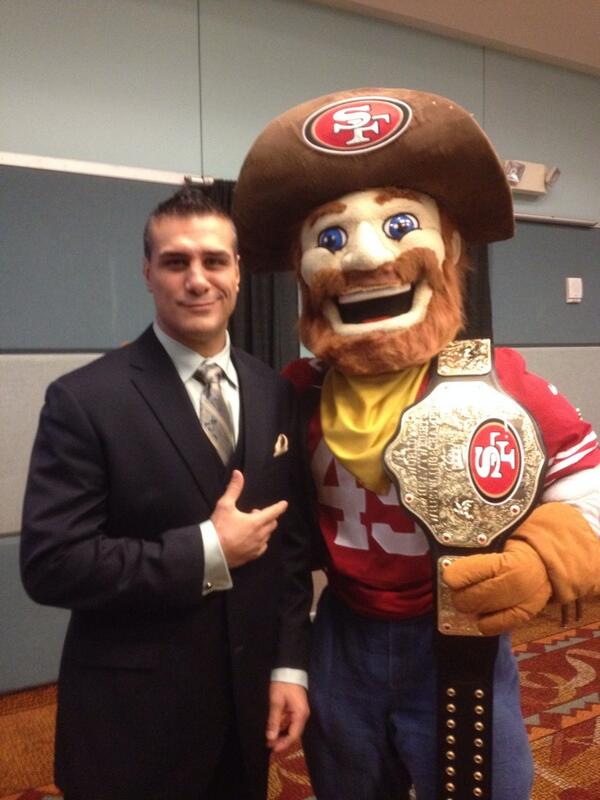 Team pride prevents me from rooting against Del Rio.

Another six man, this time around it’s The Wyatts facing off against R-Truth, Xavier Woods, and Dolph Ziggler.  This time around, the fans are chanting for a guy who’s actually in the match – “We want Ziggler.”  They get him, and he goes on the offense, taking it to Luke Harper.  After Rowan breaks up a pin attempt, things turn in the Wyatt’s favor.  Harper hits the discus clothesline, leaving Ziggler for Sister Abigail and a Wyatt Family victory.  This time, it’s The Shield’s turn to cut a TitanTron promo.  They’re not afraid of the Wyatts.  They say Bray is delusional, and the biggest delusion is that The Wyatts can hang with The Shield.  Wyatt screams “I WELCOME THIS WAR!”

Bray may or may not welcome this War too.

It’s Naomi vs. Aksana, with Cameron and Alicia Fox in their respective corners.  AJ comes out with Tamina.  AJ on commentary says Naomi looks like a sexy baked potato.  The match is, predictably, terrible, but AJ’s commentary makes it bearable.  Cameron wins with a moonsault, Alicia Fox tries to get involved, Cameron makes the save, and Naomi hits Fox with the Rear View.

From Sexy Potatoes on Tumblr

The entire arena chants YES in unison with Daniel Bryan, as per usual.  This dude is O-V-E-R!  And since he’s wrestling Orton, so is my interest in this show.  I’ve seen this match a billion times, and Orton hasn’t cleanly won any of them.  Damn man, the Seahawks 12th Man has nothing on Daniel Bryan’s following.  I’m tired, so I FFW.  Daniel Bryan cleanly beats Orton with the MTBJC.  Bryan leads the WWE Universe in “YES!” chants.  Orton and Kane both attack Bryan following the match.  Apparently I missed Kane trying to interfere earlier when I was fast forwarding, leading to Bryan attacking Kane, which prompted the post-match beatdown.  Orton stands tall over a fallen Bryan to end the show.  Now where have I heard that one before?

Thoughts:  I have no idea why I’m so tired tonight.  Of course, by time I’m writing this it’s 2:45 AM, so that could have something to do with it.  The show wasn’t terrible overall, if a little predictable.  No acknowledgement of CM Punk whatsoever, which could mean that his walking out really was a shoot.  Oh well, whatever.  We’ll see where it goes.  See you Sunday at BWFRadio.com!