First things first.  Happy Memorial Day, and a thank you to those who have made that ultimate sacrifice to allow guys like me to sit here and talk about whatever the hell they want to on the internet.  Second, happy 3rd Anniversary to my beautiful wife, Mrs. ThinkSoJoE.  Third, happy birthday to my friend and BWF Radio co-host Mark Noyce.  Now that the formalities are out of the way, let’s get this 3 hour show out of the way.  This is one of those “I don’t feel like watching this show” nights.  So we’re going to skip through it and give you basically what you need to know to follow the current storylines.  Sound good?  Let’s go.

I watch 30 minutes, leave, then watch the whole show from the beginning, just so you don’t have to.  Maybe that’s why ratings are slumping?

The Authority kick off RAW and basically reiterate the story so far.  Daniel Bryan is hurt and should do what’s best for business, Evolution is mad at The Shield, blah blah blah.  Triple H says the contract signing for The Shield vs. Evolution elimination match at Payback is scheduled for tonight.  Stephanie calls out Brad Maddox.  Triple H admonishes him for allowing Dean Ambrose and Roman Reigns to be on commentary for the Seth Rollins vs. Batista match last week.  Maddox apologizes, Stephanie sics Kane on him, then fires him following a chokeslam and tombstone. 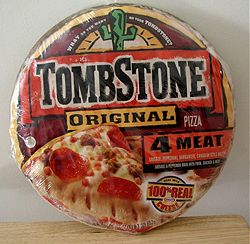 He couldn’t at least get him a DiGiorno?

Stop me if you’ve heard this one before – Rob Van Dam takes on Cesaro.  Bad News Barrett is at ringside, and he’ll be defending the Intercontinental Championship against RVD at Payback.  We also find out that Cesaro will face Sheamus for the United States Championship.  Barrett distracts RVD and Cesaro steals the win with a bridging German Suplex.  Then Sheamus (the face), jumps Cesaro and hits him with the Brogue Kick, much to the chagrin of Paul Heyman. 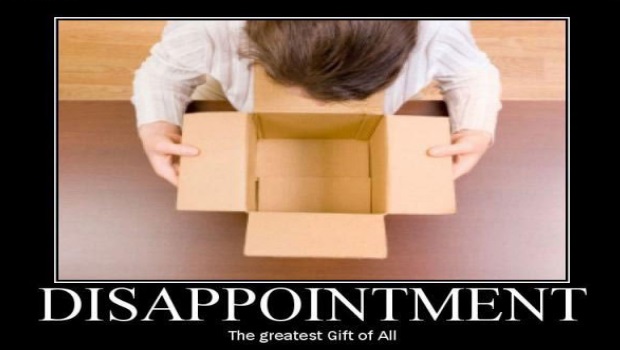 Eva Marie (with one of the Bellas, I think it’s Nikki but I’m not paying that much attention) faces Summer Rae, and the crowd goes silent.  So I’m confused.  Both are using heel moves, and both were presented as heels and never really had a face turn… I’m putting too much thought into this.  Fandango and Layla come out and dance on the stage, then kiss.  Eva rolls up Summer and pins her.  Woopity doo.

Cody Rhodes and Goldust tell Randy Orton and Batista that they’re issuing an open challenge to any tag team.  They tell “The Skinny-Jeans Sell Out and RK-Blows” because Triple H isn’t in his office.  When he comes in, he makes the match.  Orton & Batista vs. Cody Rhodes & Goldust.

Drew McIntyre takes on El Torito.  Ugh.  I like the Torito/Hornswoggle matches, but it’s a little ridiculous when this little dude in a bull costume is beating grown men on a regular basis.  Los Matadores distract McIntyre, Jinder Mahal and Heath Slater attack them, but it’s too late – Torito recovers and winds up picking up the win.  After the match, Hornswoggle attacks Torito and rips his tail off.

New meaning to this phrase, I guess.

Los Matadores are with the trainer, who tells them he’s not a veterinarian.

Tennessee – we’re here.  The arena is illuminated with cell phones again, just like last week.  Bray Wyatt is the necessary evil that the world so badly needs.  John Cena is enemy to us all.  At Payback, Wyatt will be the last man standing.  He doesn’t believe Cena should be the only one punished.  Cena’s the king.  Speaking of kings, Jerry Lawler.  He wants a word with Lawler, but Lawler says no.  Harper and Rowan come out after him, Wyatt just wants to have a talk.  JBL tries to play hero and gets assaulted by Harper and Rowan and taken out with Harper’s discus clothesline.  The family escort Lawler to the ring.  Wyatt grills Lawler about putting over Cena over the years.  Then something happens to my feed and the next thing I know Cena is in the ring and getting beaten down while Wyatt holds Lawler in the corner.  Wyatt goes for Sister Abigail on Lawler, which he says is all Cena’s fault, and the Usos make the save.  Cena babbles on about Abraham Lincoln or something.  Blah blah blah last man standing, Payback’s a bitch. 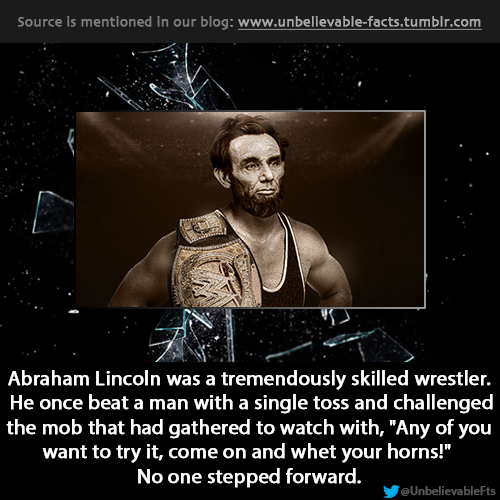 Woo woo woo, you know it?  Zack Ryder is actually on TV – and carrying an American flag, which means he’s jobbing to Rusev.  He gets one half of a sentence out before Lana interrupts him, so yeah, called it.  Blah blah blah, Vladimir Putin, blah blah blah.  Doesn’t take long before Ryder is in the Accolade and tapping out.  Big E comes out to make the save, and actually manages to knock Rusev out of the ring.  He then waves the flag.

Stephanie McMahon is backstage with Alberto Del Rio for whatever reason. 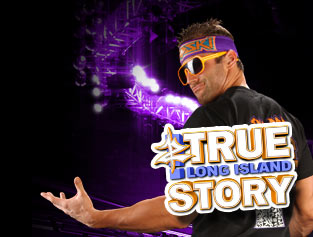 Remember when Ryder had a career? Me neither.

We’re getting skinny jeans sellout and RK-Blows against Goldust and Cody Rhodes next.  Orton drops Rhodes with two RKOs for the win.  Or so we thought – it was an elimination match.  Cody has to leave, so now it’s Orton & Batista against Goldust in a 2-on-1 no-holds-barred match.  And so Boreton and Bootista destroy one of the few entertaining characters left on this show.  Hooray. 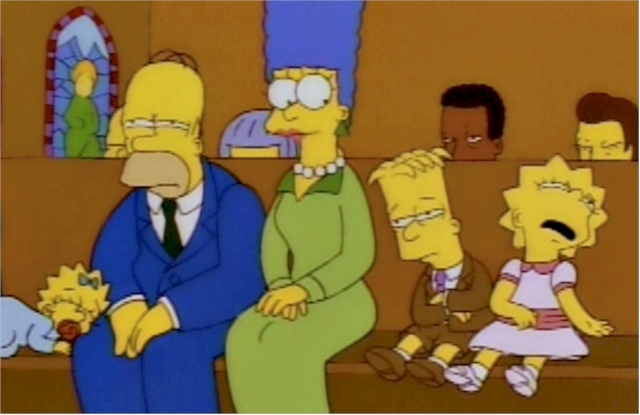 The RAW audience at this point in time.

Sin Cara is in the ring.  I’m going to pause my video here.  I want to guess who his opponent is.  Based on the way these shows have been booked, typically a guy who wrestles on SmackDown after we haven’t seen him in a while faces the same opponent on RAW.  So I’m guessing Bo Dallas.  And I’m right.  JBL is back and puts over Harper’s clothesline.  Cole says Bo made his WWE debut this past Friday.  Apparently we forgot about his program with Wade Barrett last year.  He babbles on about somethingorother.  I’m going to share the sentiment of the NXT fans this past Thursday – “BO-LEAVE, BO-LEAVE, BO-LEAVE!”  Sin Hunico puts on a good showing, but this is Bo Dallas’s debut, so of course he wins with the  “Bo-Dog.”  Ugh.  He gets the mic and thanks his Bolievers and gives some more motivational speech BS.

Stephanie McMahon comes back and calls out Daniel Bryan.  She reiterates that she could strip him of the title if she wanted to.  He acknowledges that there is no shame in turning over the belt and recovering at home, but he says that it would negate everything if he did.  So he says a word she’s probably never heard before.  NO!  She says his ego is getting in the way of common sense.  She mentions that Brie shoved her two weeks ago.  She’s going to give Bryan one more chance to do the right thing.  At Payback, he’ll decide if he surrenders the title, or if Stephanie takes action against Brie and makes sure she is fired. 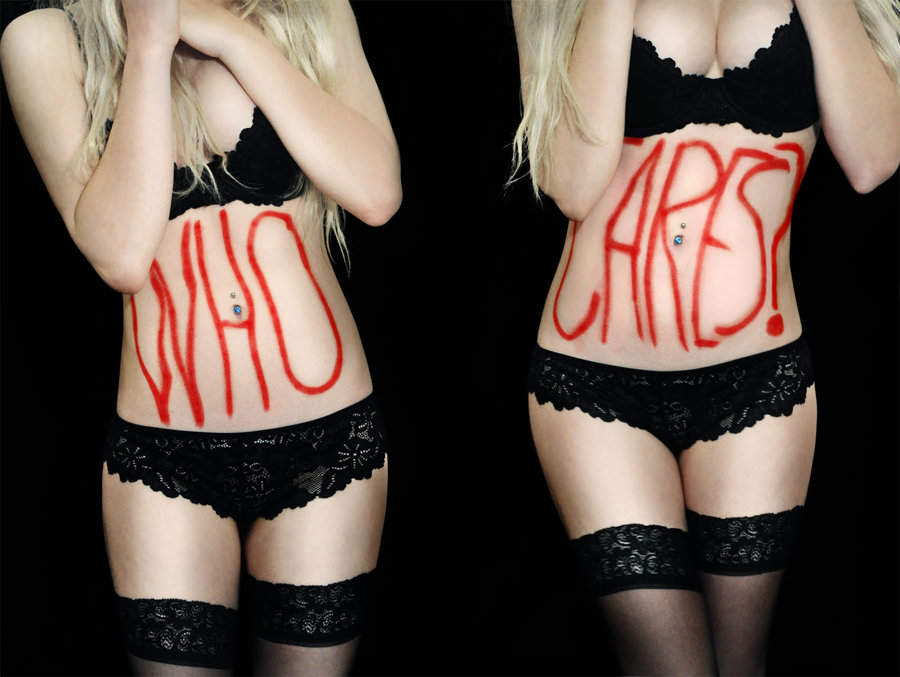 I think Daniel Bryan probably makes enough money for himself and Brie to live comfortably. I’d keep the title.

Alicia Fox is facing Paige at Payback for the WWE Divas Championship, but right now she’s got Emma.  Fox pretends to leave after getting hit with the Emmamite Sandwich, but attacks as Emma tries to go after her.  Eventually Emma wins with a rollup.  Because nothing says credibility for a challenger than losing a match on the go-home show to the PPV.  Fox attacks Emma after the match.  Then she  goes and rings the bell in Jerry Lawler’s ear and keeps screaming “I AM NOT A LOSER.”  Then she starts beating up some of the staff at ringside, giving one poor guy a wedgie.  Then she takes two cans of soda out from under the ring and starts spraying them all over the place and all over herself.  Then she apologizes to the wedgie guy and kisses him.

The pre-show match for Payback is announced as a mask vs. hair match between Hornswoggle and El Torito.  Davey Crockett is here.  Well, it’s Damien Sandow dressed as Davey Crockett.  He’s apparently upset because some guy earlier thought he was one of the rosebuds – and it’s party time on RAW!  Oh oh oh oh oh, OH OH OH OH OH!  Adam Rose takes on Davey Crockett.  Rose is rolling, but he’s interrupted by Jack Swagger, who has kidnapped a lemon.  Crockett tries to attack from behind but Rose turns it around into the Party Foul for the victory.  Swagger attacks Rose after the match.  Rose battles back though, and disposes Swagger from the ring.

“This isn’t going to be funny either, the United States Champion Sheamus against Alberto Del Rio, the collision’s next, live on RAW!”  No, that’s not funny.  That’s actually terrible.  How many times do we have to suffer through this match? 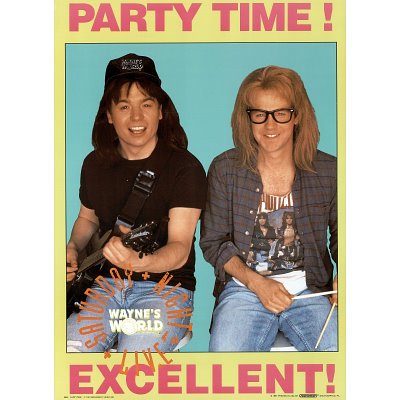 You all know how this match goes.  You’ve all seen it.  And since Sheamus attacked Cesaro earlier, you can expect retaliation as well.  Sheamus actually wins with the Brogue Kick, but Paul Heyman takes Justin Roberts’ microphone and insults Sheamus, puts over Brock Lesnar conquering the streak, and tells him this match means nothing because it wasn’t against a Paul Heyman guy – and Cesaro assaults Sheamus.

Our main event of the evening is a contract signing.  Yay.  The Shield come out first and dispose of the table and chairs in the ring.  Triple H babbles on about something.  I’m really not paying attention to the promos tonight, lol.  The Shield sign, then throw the contract to Evolution, who also sign.  Then Evolution gets in the ring and we’ve got a brawl.  The Shield have the upperhand until Triple H gets a  sledgehammer.  Evolution take out The Shield, then dismantle the announce table.  They hit a triple powerbomb on Reigns through the announce table.  RAW ends with the Triple H led heel faction standing over the popular babyfaces.  Imagine that.

Thoughts:  RAW is SNORE!  I’ve got nothing.  I really wasn’t paying much attention throughout the show.  Oh well.  Goodnight.