This puppy was probably taped so the guys giver, and get themselves to Flo Rida. Translation: “This is the last ditch attempt to get random casual viewers to throw down a bunch of money and watch WrestleMania 28.”

Look, this will likely be the easiest review I do all year. It will have some Monday pre-taped matches that I didn’t pre-research, so Daniel Bryan could Brie-Slam and get his Twin Magic girlfriend on TV to earn some money to go watch the Hunger Games movie. Anyways, regardless of this episode, I will watch The $1000 Paternity Of Them All! Let’s just get to the jump, so we can all get to possibly having buyer’s remorse on Sunday!

Seriously, I’m sure I will enjoy the PPV.

I’m not recapping any of the video packages, especially in seeing that they will likely air again on Sunday.

– Booker T is absent from this episode, and is already in Miami. Booker can time travel AND teleport. Mad X-Men skills, right? It’s like Night Crawler and that little Aboriginal guy from Australia (or Bishop) had a love child. Probably still smells like sulfur at the announce table…

– * Zack Ryder vs. Drew McIntyre. We kick off our show with a match! What a novelty. Not a matchup to write home about, but is related to the Team GM match on Sunday. I wonder that if this was taped before RAW, that it gave away Drew’s inclusion in the PPV bout to the audience? The two trade spots fairly evenly, with Ryder’s moveset pandering a little to the crowd…. McIntyre hits a nice looking snap DDT on Ryder, then a brief submission spot into a spinning reversed Backbraker (Chest breaker?). Now things are heavily in the Scot’s favor, and rest spots ensue! REST SPOTS! YES! YES! YES! This is turned around, and Ryder hits his finisher for the pin, and the win! Decent match.

– Throw to Fan Axxess with Micheal Cole and Jerry “The King” Lawler. This is a showcase of all the stuff you can do in the fan festival. HHH/Taker clip package… 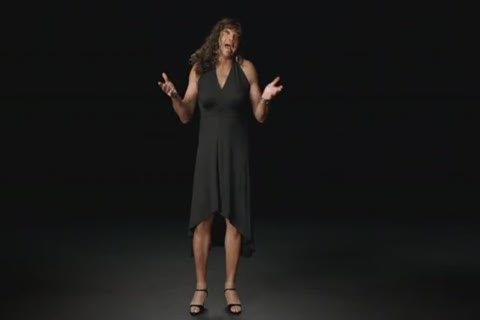 Charles Barkley @G: “Passing on Smackdown this week G.  Got some business to attend to.”

– More WWE Fan Axxess… right into clips…. commercials. Back to Axxess, autograph signings with Punk, Edge, and more. Banter…. Miami art show/auction/etc for Cancer charity. Off to a clip package with Punk and Jericho. Commercials… like the following:

[youtube ZgkD0S0MhOU]
I wonder if David Otunga is confused?

– The following animated gif shows up in my news feed as I am FFW’ing through clips and commercials… Remember that arcade classic, “Altered Beast”?

– MORE CLIPS updating The Miz joining Team Johnny on Monday, then Punk taking out Christian (BOO!!!). I suppose he’s injured, but if Christian could work this match on Monday, why in the fuck couldn’t he work Sunday? Instead we get Drew McIntyre? Lame. Then we get match clips of Mark Henry fighting The Mediocre Khali. If you think I FFW’ed through this on Monday, YOU BETTAH BELIEVE I SKIPPED THROUGH THIS REPLAY, REPLAYAH! Then Booker T joins after all the group members do their run in spots. I CAN dig that addition to Team Teddy. 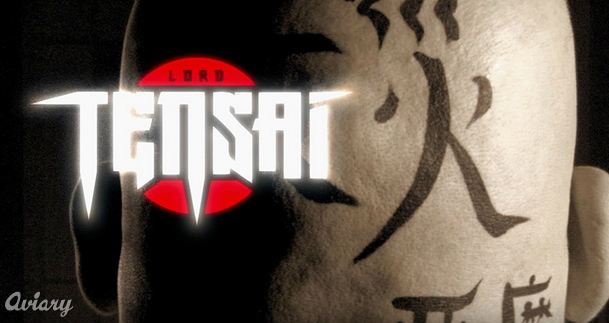 Who is Lord Tensai? It’s STILL A-Train/Prince Albert/Matt Bloom. I would LOVE to see him come out at WrestleMania and layout all the faces as Team Johnny goes over as a result. This would put him over immediately and help make him be a viable threat to his rumored impending feud with Superman. I’m still not a fan of the big slow lumbering guys, but I’ll give A-Train a shot. Bam Bam Bigelow and The Big Boss Man were big, but still awesome. Too bad those spots are filled now with Christian injured and The Miz and Drew McIntyre filling up Team Johnny.

– So who IS the official announcer for Team Teddy, if Booker T is in the match?

– Ads for the New WWE website are lame. How’s the Network coming, BTW? They should just circumvent television and go all in on online. Seriously, within a decade most television shows will become merged completely with URL’s and be subscription based anyways. Networks are going the way of the Dodo. Bank on it. 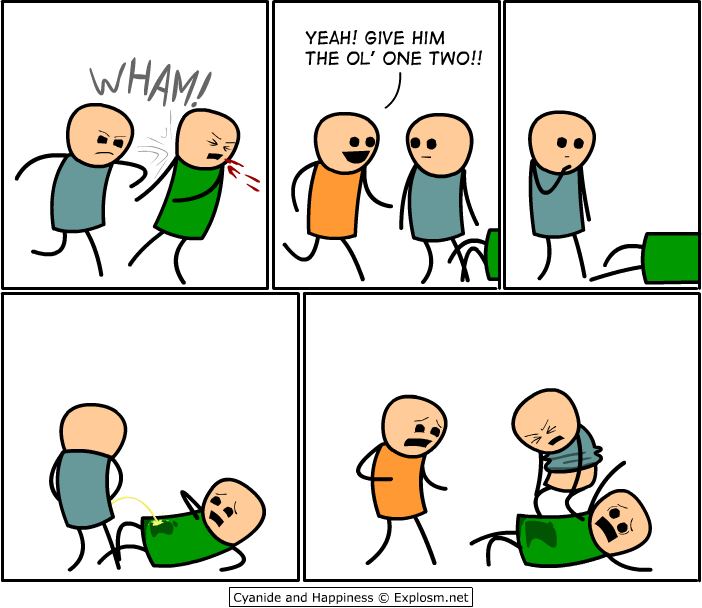 – Big Show is out to address the crowd/Cody Rhodes after more clip packages. Big Show reminds us he has never had a WrestleMania moment (nor held the I.C. Title… might be a first this Sunday, folks). Show notes that Rhodes using the history “is a brilliant plan.” But Rhodes needs to remember he is stepping into the ring with a giant, afterall. “Cody Rhodes thinks I’m a choke artist, this Sunday he is going to get CHOKESLAMMED!” Show promises the crowd (who pops) he will have his WM moment. Short segment, but effective. And not a clip package, so there’s that.

You are. Except at WrestleMania. Sort of like The Miz this year. Actually, he’s become stale. Awesome should be removed from association with The Meh.

– More Axxess stuff. It’s really odd seeing Lawler and Cole all buddy-buddy considering last year. You can rap Cena’s song in a booth, or perform spots in a ring laden with giant foam blocks. Clip packages for Bryan/Sheamus. Then we get more hype for HHH/Undertaker with… wait for it…. wait for it…. commercials.

– The Score tells us that Sidney Crosby is channeling his inner Chris Jericho and CM Punk by dipsy-doodling his way in on a goal and proving he is the best in the world at what he does by scoring on Ryan Miller of the Buffalo Sabres in the second period. The game isn’t over at this point in my recording. The Pen’s go on to beat the Sabres 5 to 3, with Crosby notching 4 points to help put me ahead of ThinkSoJoE in our hockey pool for the PUCK YOU! project over at Wonderpodonline.com. Joe and I are locked in a playoff race for the finals culminating at the end of Sunday night, oddly enough.

This dude is easier to beat than Glass Joe in Mike Tyson’s, “Punch Out!”

– * Chris Jericho vs. Kofi Kingston. Thank god for small miracles. Maybe they’ll give them some time, considering all the filler on this infomercial? I mean, don’t go get hurt or anything… but dude. I like this matchup going in and post that sentiment in the BWF secret facebook page… OW!! Just got punched in the face because I forgot about the rules… OWW!!! Dammit, stop punching me JT!!!

– Anyways, our match starts up with Kofi showing admirable offense to start with Jericho donning a shit eating grin that emotes, “Really? You think you can go kid?” Jericho brings his assault up a level and Kofi is being flipped and tossed around like a true wrestler should. A story is being told, so naturally… fucking commercials. We return to Jericho manhandling Kofi, and dusting his hands off heeltastically as a destroyed Kingston lies outside the ring. Jericho won’t wait… so he tosses into the announce table, and the ring fence barrier. Kofi is Jericho’s Christian as to CM Punk? SLEEPER HOLD! Really? Kofi gets out for a rollup attempt, and a near 2 count. Kofi then reverses from prone, kicks, slaps, cross arms, etc. Kofi lands his Boom Boom shuffle leg drop, more booms, and attempts Trouble in Paradise? Nope, Jericho almost locks on the Walls, Kofi kicks out, lands a top rope cross body… both men laid out…. ENJOYING THIS MATCH IMMENSELY… Exhaustion looks to have set in, but then…. Jericho locks in the Walls of Jericho and Kofi submits. Your winner? The son of an NHL player, Manitoba native, Chris Fucking Jericho.

I’ve used this one before. And I don’t care. If I have to sit through 80 minutes of reruns, so do you. Plus it’s two turtles high fiving each other, which is epic by default. BTW, Micheal Bay GOFY. Turtles do not learn Ninja skills in outerspace, the cosmos, of the depths of the galaxy for that matter. Stupid Micheal Bay.

– Rock/Cena clip packages with 20 minutes left or so. I suspect this episode of Smackdown is over… You saw all of this Monday, but they cut the start of the Rock’s stuff a little (which is good because the joke stuff was cliche, just put your fucking serious face on Rock… no more LOL’s crap). Clip shows? “I just don’t like you.” Time for ‘Mania, folks! 🙂

[youtube w7LfP0X7Cso]
That Damn Double C wants to contribute this video for our Celebration of Professional Wrestling Week! Like Southpark, this should be watched by nobody. You’ve been warned! Ha ha!