Oh crap, it’s Friday night… and you know what that means. Yep, I work my night job and then come home and suffer through Smackdown so you don’t have to. It’s been a weird Friday already, especially in South Africa as Brazil got upset, and Ghana threw away a certain victory in the World Cup. While no one in North America really cares about that stuff, other than Kofi Kingston who hails from Ghana (for now), let’s just jump into the legitimate sport known as professional wrestling…

– We kick things off with Jack Swagger coming out, in ring gear mind you. First he looks all pouty… and reminds us that he was “cheated” out of his world heavyweight championship, and he plans on making people suffer. We watch a video of his battle with the Big Show last week. Then we return to Swagger continuing to whine and suck the life out of the arena. What a way to start our show!

– Speaking of “show,” here’s the Big Show… and one sentence, he is already more entertaining. Show says what we’re all thinking, basically quit whining and shut the hell up. Show tells “Jacky” he should have finished the job, big mistake. Swagger totally looks like he is going to cry through out. Show goes into rage mode and attacks! But to no avail, as Cody Rhodes (for some reason) attacks Show in aid of Swagger… it’s not enough, and allows for Rey Mysterio comes to help out Show. I’m guessing that will be tag team main event, no? 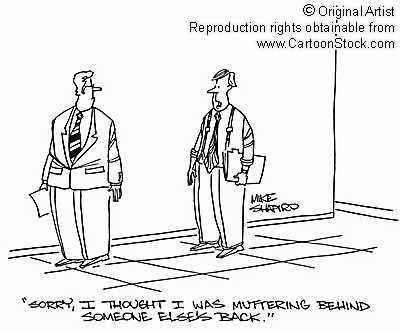 – I guess the “Dashing” verb has stuck to Cody Rhodes. I’ll give him credit, he has improved quite a bit in the last while… but let’s be serious, the guy sure as hell ain’t “Ravishing.”

– Hey did you know? moment comes up… check this, I CAN INSERT RANDOM INFORMATION TOO:

For absolutely no reason whatsoever, here’s a picture from Diary of the Dead 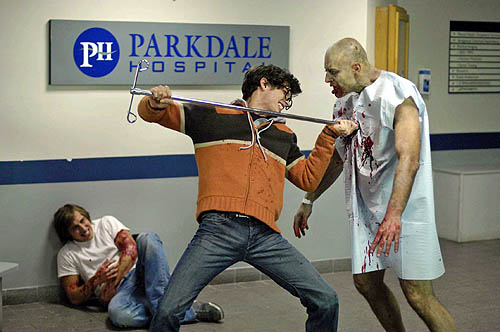 This is the normal way to implement an I.V. to a zombie

– We get some crap with Vickie and Dolph backstage that isn’t worth anyone’s time… then they come out together as Dolph is slated to face Kofi Kingston (who hails from Iceland this week, I suppose).

– It’s a bit slow to start… ok now we get Ziggler reversing Kofi’s finisher into his own, but NOT ENOUGH!! This allows Kofi to turn things around and pick up a win in a “meh” of a match…

– Backstage, SES are having a bull session. Serena is all concerned about Punk having surgery (he’s in a sling, and legit hurt). Punk tells her Luke will take care of it, she responds, “If you two won’t, I will.” The bald chick is all tough and stuff. Has she even HAD a match yet?

– They take the debate up the central ladder and get in each other’s faces a bit. Cool stuff, good promo’s here, folks. The main point is how both men have clawed their way to the top without getting opportunities handed to them. Fairly true, and both men make good “cases” for themselves. When the discussion of who is going to win the match comes up, they both say in tandem, “It’s gonna be me.” Both simultaneously use the grammatically incorrect form of the word, “Going.” Huh… It eventually ends in violence as Hardy tosses Christian into the ladder props, and our segment ends….

– We get another Alberto Del Rio segment… I love this Razor Ramone type shit to introduce a new character. Decent, not fantastic… Cut to some homo-erotic bit with Cody Rhodes talking to himself about being good looking or something… didn’t Test also do this (not just Rude). I’ll give Rhodes credit once again, though, he is FAR more charismatic lately than pretty much… well… EVER? The dashing thing is pretty gay though. Not that that should matter, but seriously. DASHING? That’s fab! sigh…

– Kane is out to battle Luke Gallows… Kane still seeks the person who took out the Undertaker. It was Michelle McRibs, dude! C’mon Kane!! They got all married over the last week to reinforce her stanglehold on ruining women’s wrestling for everyone…. geez, kill her please. And the Lay-Cool crap too.

– Meanwhile the two hosses fight… it’s predictable a slow match with two of the slow-and-lumbering types… I go into 2/5 FFW mode to make it feel like real-time action!!! The OMG mystery SES member runs to help as a DQ is called… Kane takes all of them out, Punk included. Serena runs out begging Kane not to hurt Punk (who is donning a sling). Serena points out that Punk could not be responsible for the Undertaker being hurt since he was with her, DID SHE JUST SAY “BECAUSE PUNK WAS BANGING ME?!?!” Ha ha ahahahahha, PG 13!!! Cut to a “security video” showing Serena at a bar getting a mixed drink… she stares at it, and scenes of her and some random guy getting loaded ensue… Gallows and Punk clear off the random guy and have an intervention with Serena… umm ok…. back to the ring, Punk flips out on Serena for exposing alcohol… 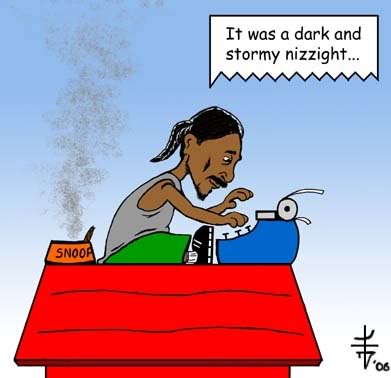 Whoop-dee-freakin’ doo! Look at me, I’ve got a keyboard. Hey look at me rockin’ out! I’m on the Internet!!

I fucking love this song…

– MVP versus Chavo Guerrero. Chavo gets on the mic to Vickie about getting the job done, not her little man-boy gringo, and once he wins tonight he deserves an I.C. title match… fucking cougar angle is killing me. Chavo hits a three-amigos then goes for a frog splash (pointing to the heavens in honour), but misses. Does that mean the ghost of Eddie does not bless him? Hmm… mixed message, Eddie was the shit, bro. And MVP capitalizes on this miss for the pin, and win. Super short match…

– Some Diva crap match with Kelly Kelly and Michelle McRib’s goes down. I guess Layla is spraying perfume or something… yawn, lost interest… surfing the web with this on in the background…

– Damn, there are a lot of clips of past events tonight.

For those ignorant of Charles Schultz, this guys name is “Rerun.” See? …

– Holy shit, FFW the last half hour or so of content!!! All crap, another commercial after a long intro for Mysterio… Christ sakes, he takes a microphone too… crap, it’s his celebration speech for winning the title… I forgot he didn’t get that in last week.

– Rey blah blah blahs all about being a fighting champion, long hard road, blahs… Matt Striker on Cody Rhodes entry, “He makes those Twilight kids look like Oliver Humperdink.” HAHAHHAHAHA. Awesome. Ok now all of our aforementioned main event guys are in the ring. They are super selling the “dashing” thing on Cody (both Rey and Matt made super emphasis on that).

“You have to call him “dashing” everytime… is it in my contract?” asks Grishholm.

“… and you have to say it with a different inflection everytime,” retorts Striker… that was awesome.

– Commercials murder us all slowly, one second at a time. Murder prevention? FFWAF!! 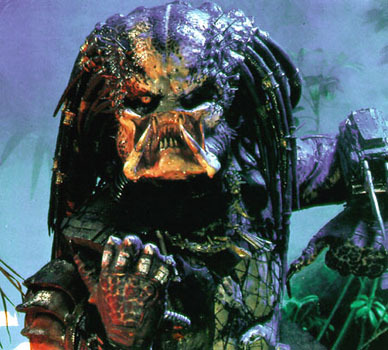 As the ads fly on by, I notice the new Predator movie, and I won’t lie to you… I’ll likely watch this in some form. Won’t pay at the theatre, but still… I like the “farm” premise.

– Giving credit where credit is due, Rhodes and Mysterio both work hard in this match… and when paired up, add most of the actual entertaining moves. Show sells the knee injury thing too, adding to his lumbering gimmick. Swagger still gets offense, just boring. He even wins refusing to end a hold on Mysterio for a DQ. The faces win with Rey still in the Swagger version of the “Angle Lock…”

G might be the mastermind behind this project… maybe. Could be a clone version though…
LarG Productions

My brother in arms, ThinkSoJoE kicks ass and takes names with the band ThinkSoBrain:
Thinksobrain