Happy Canada Day (also known as NHL Free Agent Frenzy Day up North)! It’s also time for the blue show not called Impact Wrestling, that’s right! It’s time for a Smackdown review, full of animated gifs and all that jazz. And not just any jazz…

I watch, write, suffer, and succumb to this show, yet have to remind myself of what happened only minutes after each episode… well it’s not THAT bad, it’s Smackdown after all, not Impact Wrestling… although last night’s episode was pretty good. Oh… right, that is how G’s Smackdown reviews work.

– Teddy Long meets with Christian to start our show, and it’s revealed we will have a contract signing between him and Orton tonight… or will we? See, since Mark Henry pinned Orton last week, Henry and Orton will face each other tonight. This may impact the choice Theodore makes about who will face Orton at the MitB PPV.

-* Non-Title Match: Randy Orton {C} vs. Mark Henry. I’m already kind of bored with this concept. While Christian is banned from ringside here, you have to expect a Big Show run in… or Kane, I guess. Henry sweats profusely, doesn’t he? Yes, why yes he does. The match begins… Nothing much special here, it’s built to make both men look strong. Eventually they find themselves outside the ring, and WELLLLLLLLL!!!!! IT’S THE BIG SHOW!!!! is heard… Henry looks for Show… waits… wait… Big Show is a no show, allowing Randy to RKO the Evil-Kool-Aid man into oblivion and pick up the win.

– Post match, Henry walks around looking for the Big Show, and then flips out on the sound guy! “Did you play the music!?!?” he demands the audio monkey… “Why’d you play the music?!?! Do you find that funny?!?!” He smashes shit up, and asks what certain audio gear does, then smashes a 32 track analogue mixing board? NOOOO!!!! FUCK I WANT ONE OF THOSE?!?? I hate when they smash up gear that I want. Of course, the sound guy is in the truck, so this gear was destined to be thrown out or replaced anyways… but damn! The inner “Audio-Master G” in me is saddened by the poor treatment of the gear… 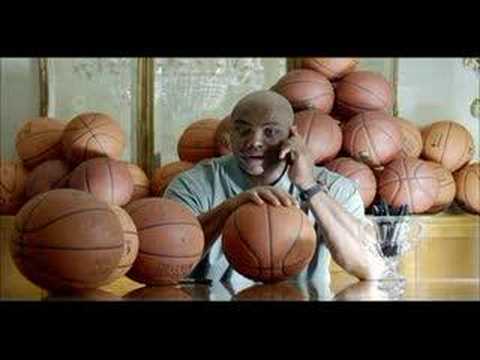 Charles Barkley @G: “I heard on ESPN that Canada is having a free agency holiday up there. Your’s lasts for one day, my old organization looks to be having a season long one… Any of your Ice-Soccer players need to buy some basketballs for your game?”

G @Charles Barkley: “Ha ha!! Locked out! Nope. Maybe some of the NFL guys want to… oh… scrap that. In all sincerity, I feel bad for the fans. Losing a full season of hockey back in 2005-2006 really sucked my balls in the bad kind of way.”

– * Daniel Bryan vs. Ted Dibiase. Dibiase cuts one of those old school interviews, the kind that pops up in a separate box. Nothing special, outside of them just doing one of these. Attention to detail, that was the special part. This match starts off just darn swell! The two seem to have great chemistry as they trade spots using the environment, getting me interested… and then fucking commercials. BOO!!! THEY TAPE THIS AS IF IT WAS LIVE TO AIR!!! BOO!!!

Stupid advertising. That was one thing I really enjoyed about Impact Wrestling last night.

– We return and immediately Danielson breaks the sleeper-rest-hold and the two are right back at it. Danielson sells a clothesline by taking a complete 360 flip! Man, he would have sold Bradshaw/JBL’s Clothesline from hell like RVD sells a DDT. Brilliant! Dibiase returns the favor, while stunned in the corner as Bryan lands a sick drop kick! They take it outside, but a failed jumping assault is caught midair by Ted who rams Bryan into the ring pole! After a great match, The American Dragon locks his Labelle Lock on and submits Master Dibiase!

– More banter between Christian and Teddy Long. Long notes “the word on the street” is that Christian was seen coming out of the production truck just after the Big Show’s music played! Theo says, ok… but before that Christian will face Sin Cara in a blue-lighting-match. Cara always fights in this gimmick match! I still secretly love it though, in part just because it’s different.

This should be good!

– PatMan Picks: Stampede Wrestling Classics is coming to the BWF!! Be sure to tune in every weekend for some great bouts between the grapplers who worked the Calgary, Alberta, Canada promotion run by Stu Hart! Fantastic news!

Tell me this is not the best computer set up ever, and I will call you a liar.

– Ranjin Singh is interviewed about his ousting by Khali. Jinder is jealous due to Bollywood success of Khali and their father married Ranjin and Khali’s sister to Jinder to repay being impoverished. Now, Jinder holds a card over the brothers due to the threatened abuse of the Singh family’s daughter at the hands of her arranged-marriage husband. Ok. I suppose. No comment.

Here’s a good distraction. I do not even want to touch politics and arranged marriages right now…

-* Sin Cara vs. Christian. It’s trampoline and blue light time! Sin Cara starts off strong, keeping Christian at bay to start… of course we get commercials… The next segment is pretty solid. Christian actually comes across as the “big man” heel here, with much dominance. A failed flying head-butt from the top ropes allows Sin Cara to turn the tide… but his flippy floppy will not get the job done! Very creative acrobatic match! Sin Cara launches a variety of aerials, to no avail… Ok, fuck this. Look, this was a great match. I stopped try to describe what I was watching, because I had to keep rewinding to rewatch what I missed. That breaks rule #1: “I write AS I watch.” Christian manages to eke out a win here! Smackdown has been pretty impressive tonight match-wise!

– * Non-Title Match: Ezekiel Jackson {C} vs. Cody Rhodes w/Ted Dibiase. I guess I said the word, “Impressive” a little quick. I’m not sure why I should care about this match. Why is this a non-title match? It should be on the line, since there is very little reason for this program to even take place. Yawn. Rhodes wins with the Cross-Rhodes after a distraction by Dibiase. It was nothing special. Big Zeke seems to be positioned over Cody, and that’s all we need to know here.

Taking stupidity to a new level?

@WWE: I laughed and shit at first, but there is nothing you can make for this gimmick to work. Seriously, end it.

– We see a promo video with CM Punk’s controversial shoot from RAW. This essentially solidifies that this is a work. You don’t even need to tune in on RAW anymore, even if you are a casual fan asking yourself, “who the fuck is Colt Cabana?”

– Answer: “Colt Cabana is the awesome. You should subscribe to the Art of Wrestling podcast now. Or go die.”

– The above answer ^ is actually quite true.

– Regardless, the best segment in years. Animated Gif? Don’t mind if I do!

It’s still real to me! Actually, it still is… dick. But being a 10%’er, I guess knowing what IS real makes that part different.

– * Wade Barrett vs. Kane. The Money in the Bank briefcase is suspended above the ring… so… Hmm… once again, I am not impressed. Not a good way to sell a PPV with this tandem. Also, the slow and plodding big man thing applies. Fuck it, FFW right through on 2X speed. They get two segments… commercials… animated gif anyone?

We call these guys, “Twitchers.” WTF?

– We’re back. Well… I am. I still don’t recommend this match. Unless you like slow movement, and power moves. Like the antithesis of the “flippy floppy.” Thankfully things finally pick up as commentary puts me to sleep… Barrett animates himself as Kane matches his pace. Kane takes a DDT, but looks so safe, it might as well be a chop! BOO! Weak. For no reason, Wade Barrett attempts a failed attack from the top ropes, but wrestling matters! BOO! Screw this. Kane hits a chokeslam for the win? No ladder, no briefcase tease. I hope you didn’t waste your time on this match.

Bah, I’ve got nothing for an italicized comment here. I saw NOFX last night, and they were great! 😀

– CONTRACT SIGNING TIME. I know. This must degenerate into a brawl in some capacity. That’s how these things go in the WWE. Teddy Long brings out the two gents… Christian brings a lawyer to ring with him. Blah blah blah, actually. Christian notes there is a clause in the contract that if he gets screwed over again by the referees, he gets an immediate rematch. Christian throws down legally, and verbally dominates heeltastically. He notes that the corrupt officials and WWE brass can’t save Orton anymore, even though he is their “golden boy.” 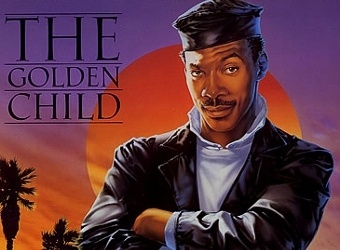 – Orton looks contemplating? He needs to work on the facials here… and no, I won’t post an animated facial gif. I thought about it.

– Orton mentions he used to respect Christian back a few weeks ago, although he speaks like it’s been years. Orton’s off tonight. Looks forced, but the fans eat it up. Orton notes a lawyer won’t help him, he has to beat him in the ring… but it will never, ever happen. If it won’t happen, why would I pay to watch the match? Christian’s lawyer looks at the contract, and he goes to finalize… but the pen is out of ink? Long goes to grab a pen BUT NO!!!! SHEAMUS FUCKING RUNS IN (in a suit?) AND ATTACKS EVERY-FELLA IN THE RING!! IRISH EVERYWHERE! FUCK LEGALITY, SHEAMUS RIPS UP THE CONTRACT AND CAPS LOCK REVIEWS CONTINUE… EVEN WITH THE MULTIPLE USE OF PERIODS…

Wonderpod
A weekly podcast about the world of video games, from player experiences to current events in the industry, Bruce McGee, Pat Man, and Gun Sage provide insight into the medium for any gamer (whether casual or “pro”). Clicking the jump will take you to the iTunes page!