We briefly see ADR and David Otunga (AAL) helping a neck-brace wearing Ricardo out of GM Booker T’s office. That’s right folks another law suit angle in professional Matlock… err…. L.A. Law… no that’s not it…. hmm…. Law and Order? Nah…. how about Kojak? Yeah, that’s the one. Savalas and shit.

What’s up mother fucker? I’m bald. And dead. How do you like them apples……bitches?

I really hope the big guy is on our team!

– Then they hit the ring and ADR brags about taking out Cena on RAW and that he will defeat Sheamus at Night Of Matches You’ve Already Seen On RAW and Smackdown Like 4,928 Times Already! Then he complains about how brutal the Brogue Kick is and that it should be banned. ADR refers to Ricardo not only as his ring announcer, but his only friend. David Otunga grabs the microphone, and of course, THE COFFEE MUG HAS RETURNED!!!! Then he shows a clip package of Unstirred Strawberry Yogurt delivering his kick to a variety of people.

– Booker T interrupts a pretty decent intro to the show, and is irate that what they had spoken about prior Green Day was confidential… and yet, here they are running their mouths. “WWE Universe, should I ban The Brogue Kick?” NOOO!!! So the move is still legal. The crowd grabs shovels and lollipops in agreement with Booker T as he leaves.

Likens itself to a classic Ultimate Warrior/Hogan meme… source.

– We get to see the ads for Bret Hart returning to Montreal next Monday where he and CM Punk will certainly interact in some capacity. Did You Know? Chris Jericho invented Canada?

– * Rey Mysterio & Sin Cara vs. The Miz & Cody Rhodes. Of all the matches we’ve been given OVER and FUCKING OVER again lately, this is one that I can’t complain about. Both teams might be “put togethers” but both have some great chemistry. The best part, is they get lots of time to tell the story. Rhodes’ obsession with Cara’s mask is the main underlying theme. Regardless, Sin Cara is not as botch-laden as he has been in the past and all four make each other look great. I don’t do play-by-play. Cara reverses a long headlock spot on him from Rhodes into a flip over the top, into a reverse DDT. NICE SPOT! But to the heels chagrin and MIZ-communication, Mysterio is able to take out the Miz and win one for the luchas. 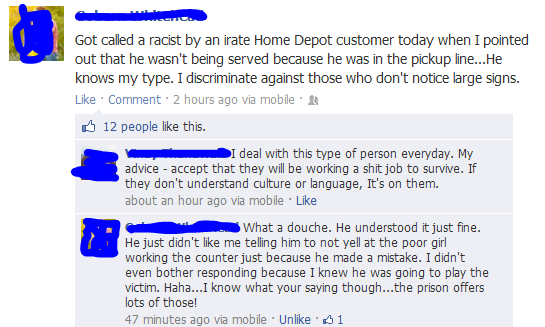 I detest when people use the go to line of calling someone racist because they can’t accept the fact they made a mistake. My friend was in the right here. Don’t agree? Call me out in the comments.

– Daniel Bryan is seen backstage and is confronted by Hornswoggle who tells him to hug it out…. nope. So he offers his hand, and the two shake. Then ‘Swogs stomps on his foot and runs off. WTF? So who is the heel here? Dumb.

– Otunga negotiates with Booker backstage showing clips on his TV, but Booker no-sells the TV and just stares at Otunga like he’s going to murder him.

Welcome to school kid, you totally get DQ’d for that.

– Hug it out clips air… loved the segment, except that it was WAY too long. Not watching again.

– * Daniel Bryan vs. Zack Ryder. Bryan kicks the ever-living-shit out of Ryder to start with… well… a bunch of kicks. Near fall, but it only garners a near fall. This allows Ryder to land a little offense, and when it looks like Ryder is going to finish him, Bryan pulls a unique version of the Flair-begging-spot and asks to hug it out. Ryder complies, but this moment only leads to a Labelle Lock and a win? Nope. See Bryan goes back into the hold post match and the decision is reversed by the referee and Bryan has a NO! break down in the ring as the audience erupts in YES! chants. 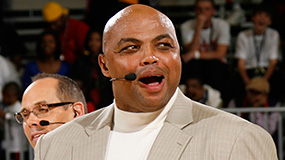 Charles Barkley @G: “I hear your hockey guys are getting locked out, that’s turrible. Never would happen in the NBA!”

– Before our next match gets underway, Damien Sandow cuts off his own music to get something off of his chest. He notes he lost a match last week, via count out mind you. Booker T forced him into a match without proper time to assess his opponent and he has yet to be pinned. “I was disgusted and appalled by the annuls of social media….” he continues denouncing him being called a coward. His actions were intelligent. “The anonymous people who send their opinions via social media are the real cowards…” which is a pretty accurate statement. 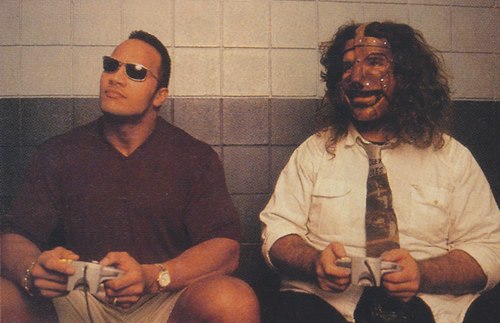 Oddly enough, this picture has a very logical connection to a special episode of BWF Radio in which Wonderpod invades. It was released on Tuesday, check it out here.

– Fuck, I love this guy. “Instead of tweeting, how about reading? When Albert Einstein discovered the Theory of Relativity, I assure you he did not Tout about it!” Brilliance. Then Randall Keith Orton cuts him off. Fail. Oh Christ, they gave Orton a microphone. “My name is Randy…..yawn…. blah blah blah, got any drugs?” He actually said that. And then he continues, something about fighting and Booker T. Meh. Greatness ends with terrible.

– Dolph Ziggler’s music hits and he and Vickie make their way down to join commentary? Yep.

– * Randy Orton vs. Damien Sandow. Ziggler claims he is not interrupting, he is merely observing. Sandow, meanwhile, utilizes his infamous roll-out-of-the-ring spot to calculate and size up the robot. I’m starting to really see how great Sandow is, no movement is wasted. Everything means something. Dude sells two injuries at once. Ziggler serves as the distraction factor allowing Sandow to get out of what appears to be a beatdown. But once the modern day Genius notices Orton is injured from a head-to-the-steel-steps, he smirks and tosses the cyborg into the steel post and snags a near fall as we cut to commerical break…

– We return to Sandow attempting to submit Orton, but since the cameras are back on, Orton has to hit up his moves of doom landing his draping DDT. Orton then attacks the matt, and Sandow leaves opting for a count out. Still not pinned. You’re Welcome! Ha ha! Fuck Orton. Ziggler leaves with Vickie openly making fun of the robot, BUT NO! Orton rolls out and punches Dolph, tosses him into the ring. They scrap a little and once again Orton attacks the matt. Sandow runs back in!! And eats an RKO as Dolph scrambles away.

– Otunga talks legal threats backstage against Booker T via X-ray footage. T will think about it, but he makes a match with Otunga vs Sheamus for later. Meh.

– * The Prime Time Players vs. Epico & Primo vs. The Usos. Little Jimmy joins commentary, along with Truth/Kofi. It’s a bit of a shmoz, but not terrible. Mostly quick spots for all 6 guys to show off. The same thing they’ve been doing with these four teams for a while. I can’t hate on it though, since it really displays why there might just be hope for the tag division going forward… Jay Uso frogsplashes a Colon, but Darren Young tosses him off to steal the win. I don’t think I represented this match as well as I could have, certainly worth a watch.

I would love to see this in a match!

– Eve touts. Katelyn talks to Teddy about lawsuits, Dolph is leaving, but tells Teddy he needs to face Orton again… at em>Night Of Matches You’ve Already Seen On RAW and Smackdown Like 4,928 Times Already! Teddy will consult Booker to make it happen, flowchart. Wade Barrett is up next… wait, what? Nice.

RAWR!!! JTG should be so lucky.

-* Wade Barrett vs Yoshi Tatsu. Well, I think the result is a given. He’s dressed in all black and donning a beard… yep, Barrett must be evil. The crowd figures it out real quick. Wade works Tatsu down with a very brawler-based style, much more so than before. Everything is based on kicks and punches. Stiff. Wade peels Tatsu off the matt, pulls him to his feet using Tatsu’s arms crossed around his own throat to choke him out, spins him into a clothesline. Duh… Barrett kills a man. Wade then cuts a short little promo about being “Open for business.” Not a bad re-debut.

– * Sheamus vs. David Otunga. I guess I have to watch this. Brogue kick finish is likely, ADR is at ringside, so that parts obvious too. Otunga gets notable time on the attack, but is very limited. Good thing Sheamus is FANTASTIC at selling moves… oh wait… my bad. SHUCKY DUCKY QUACK QUACK! Booker-T cuts the match off, and deliberates due to information given to him, he has no choice but to ban The Brogue Kick. ADR is eating a shit grinning sandwich, and Sheamus looks confused (he still has two other finishers! FUCK). ADR walks off with his business down, so Otunga gets a backbreaker, and then Sheamus submits him with a Texas Cloverleaf. LOL. Who would’ve thunk it?

That’s right smarks, marks, Little Jimmys and the like. You can now leave your audio rants and ravings and we will try to play it online. Keep in mind, we are trying to keep it clean. So do your best to avoid the language that offends people easily offended. I make a concerted effort to not call the product fucking shit ass bitch cock cunts. You can too. See? This is not on the air.

Make sure you tell’em “G” sent you. I will give you a shout out, maybe even stalk you! Hey, free stalker! It’s a win-win situation, right? 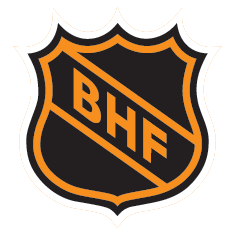 Bored Hockey Fan is by the fans for the fans and delivers content related to hockey in any forms. We encourage similar minded people to contact us and represent their team’s POV, while retaining the rights to their work.